The head of the Knox County Education Association said teachers don't want the district to open for all in-person students Tuesday. 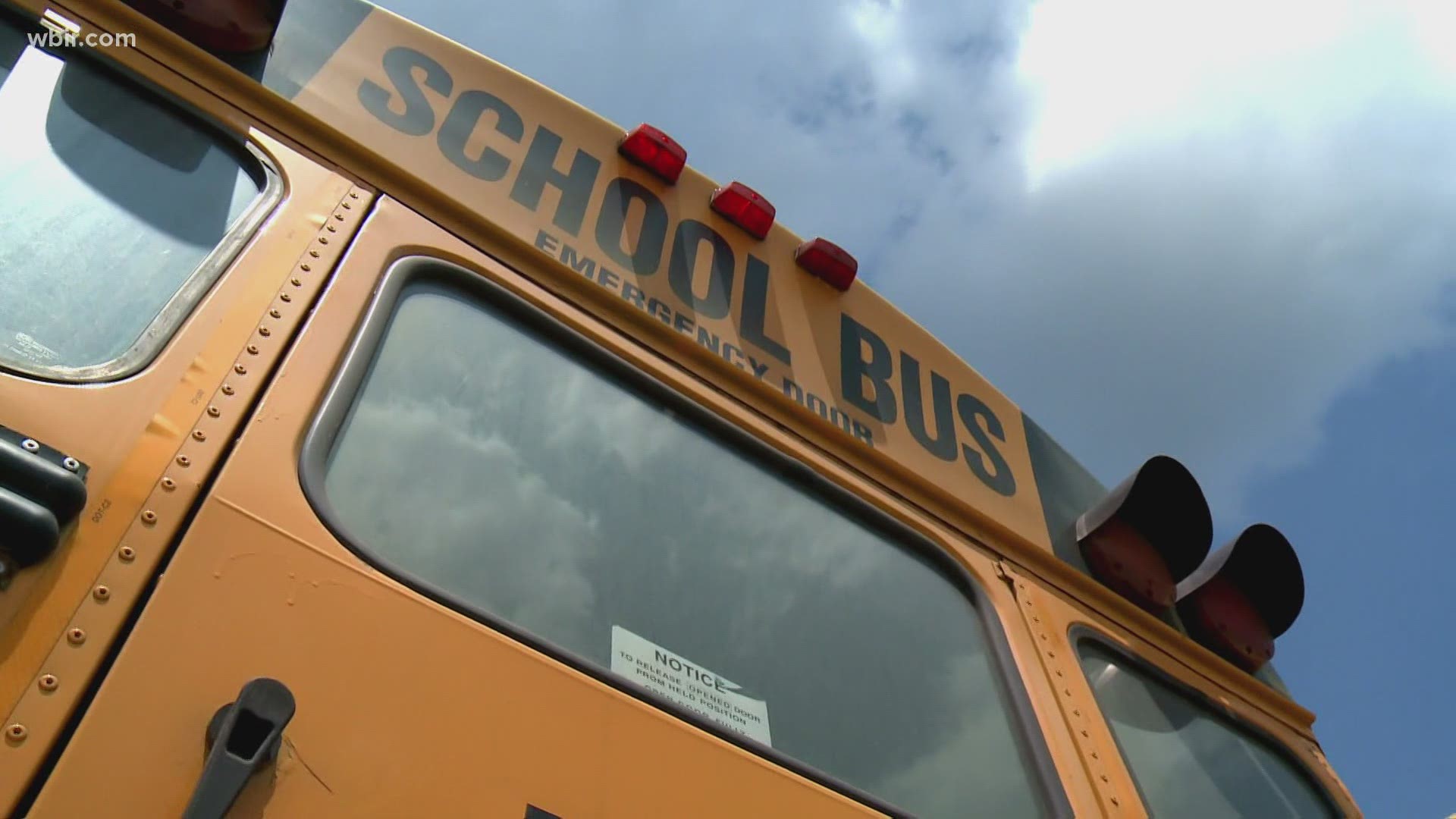 KNOXVILLE, Tenn. — The Knox County Education Association called for the county's schools to start the semester in the "red zone" with no in-person learning, or with an alternating hybrid schedule where students alternate in-person days, the group's president said Monday.

"We can’t sacrifice lives over politics and we need to do what’s right and what’s best for everyone," Tanya Coats told 10News. "Educating kids is a priority for us, but we just need to do it remotely from home."

Knox County Schools is scheduled to resume in-person classes for most of its roughly 60 thousand students on Tuesday.

Superintendent Bob Thomas said the district made a commitment to families that it would try to continue in-person learning.

Coats said she sympathizes with families who would struggle to manage at-home learning, but that record-high numbers of new infections, hospitalizations, and cases in Knox County make in-person school unsafe, especially after a holiday break.

"Can every parent guarantee that they’ve followed what we’ve asked them to do? No, they can’t. So we are asking for some grace and mercy," she said.

"If you went to the beach [or] if you went to grandma’s house and there were more than 8 people there, you can guarantee that we’re going to get more educators that are going to be sick."

Last semester, Knox County Schools reported more than 16 hundred students and staff with COVID-19 infections, though it is unknown how many of those who got sick contracted the illness through school.

In the penultimate week of the fall semester, the district announced it would end the year fully online as cases increased and teacher and substitute availability went down.

At the time, Superintendent Bob Thomas said he planned to re-open schools in January, but that it would depend on case counts.

"With the worst yet to come, it's a difficult, difficult call," Thomas warned on December 11. "The plan right now is to be back in person on January 5 but a lot of that is going to depend on what we see in our numbers and what our health department sees."

Since then, the county's health department has reported in excess of 10 thousand more positive tests and more than 100 new deaths tied to the virus. The number of active cases has increased by 62 percent.

But concerns over the impact of pandemic life on children's mental health has increased as well.

"The isolation and emotional toll can lead to depression and suicide, you know drug and substance abuse," Childs explained. "A lot of behavioral health concerns and our ER is definitely seeing that."

"We feel like we’re in a position to offer mental and emotional support for our students," Thomas said.

Coats said when she brought her concerns about in-person learning to the district, they said they were trying to do their best for everyone.

"Sometimes their best," she said with a pause. "They need to re-think it."

"You want healthy people—healthy mentally and physically—coming into the buildings. And if they’re neither, if one of them is distracted, it’s affecting everyone."