Knox County Schools officials said a new graduation plan will allow for a limited number of guests, and it should be held from June 8 - 19. 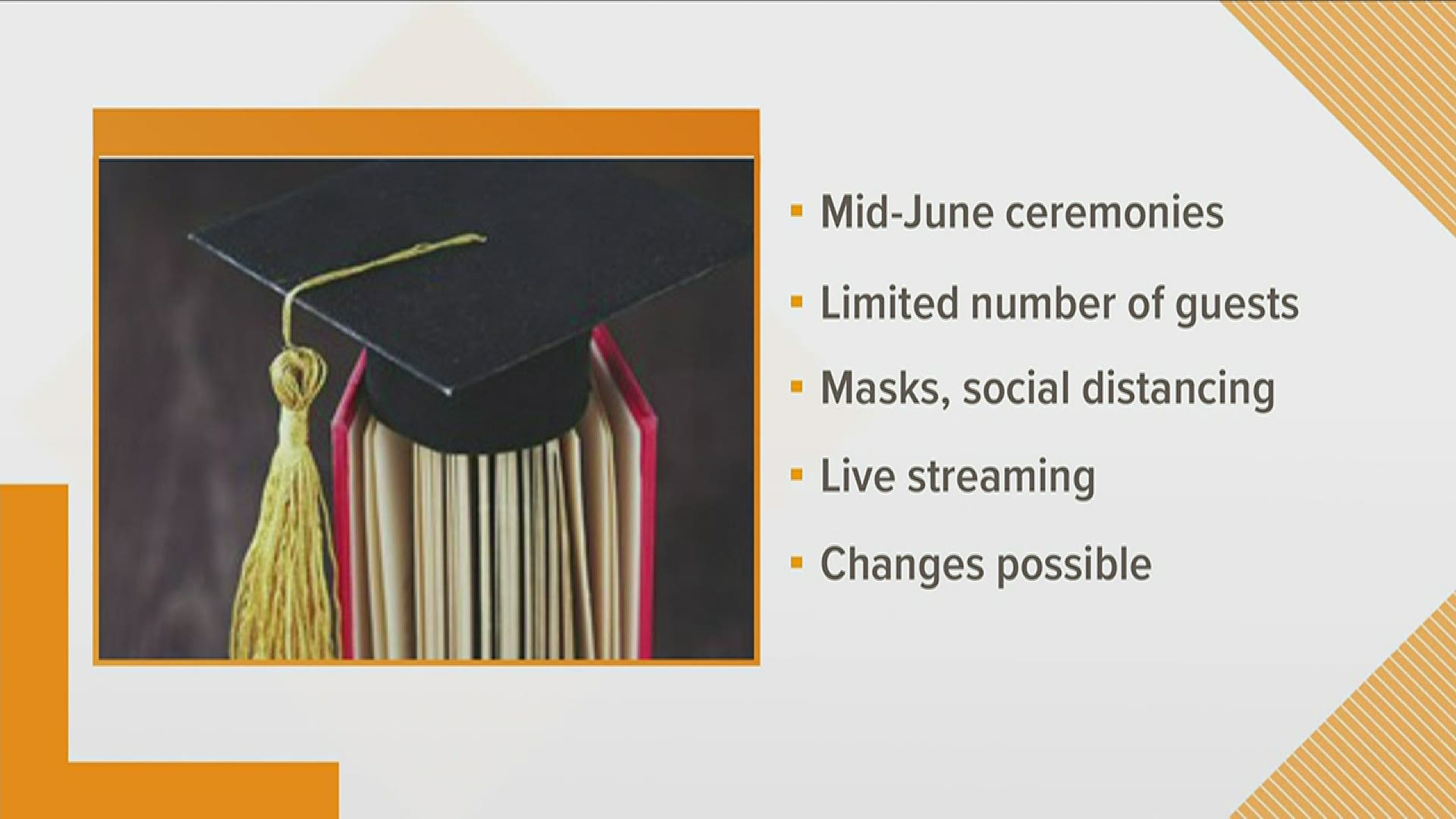 After officials with Knox County Schools released a plan that would stream graduation ceremonies online without in-person guests, community leaders and students spoke out against it. Mayor Jacobs said that families should be allowed to be a part of students' graduation.

Thomas said that the original plan was made with input from the Tennessee Board of Education and from the health department. The board also said they would be open to new proposals, possibly giving families more opportunities to participate in students' graduations.

The new plan will allow for a limited number of guests, while also livestreaming ceremonies.

RELATED: Knox County Schools will plan to hold graduation in mid-June with a limited number of guests

“Under this plan, Knox County Schools can strike a balance between taking public safety precautions and ensuring that students and their families are able to celebrate their achievements together," Jacobs said in a press release.

More information about the plan will be released later, according to officials. Graduation plans can also change, depending on how the county responds to the spread of the coronavirus.

"There’s a lot more involved in these ceremonies than a student getting a paper diploma and turning their tassel," Jacobs said. "Graduation is a time for students—some of whom will be the first in their families to achieve the honor—to revel in the culmination of more than a decade of work.”

RELATED: Find out what your high school plans to do for graduation