After a student spoke about losing his grandmother to COVID-19, adult members of the audience heckled and laughed at him. 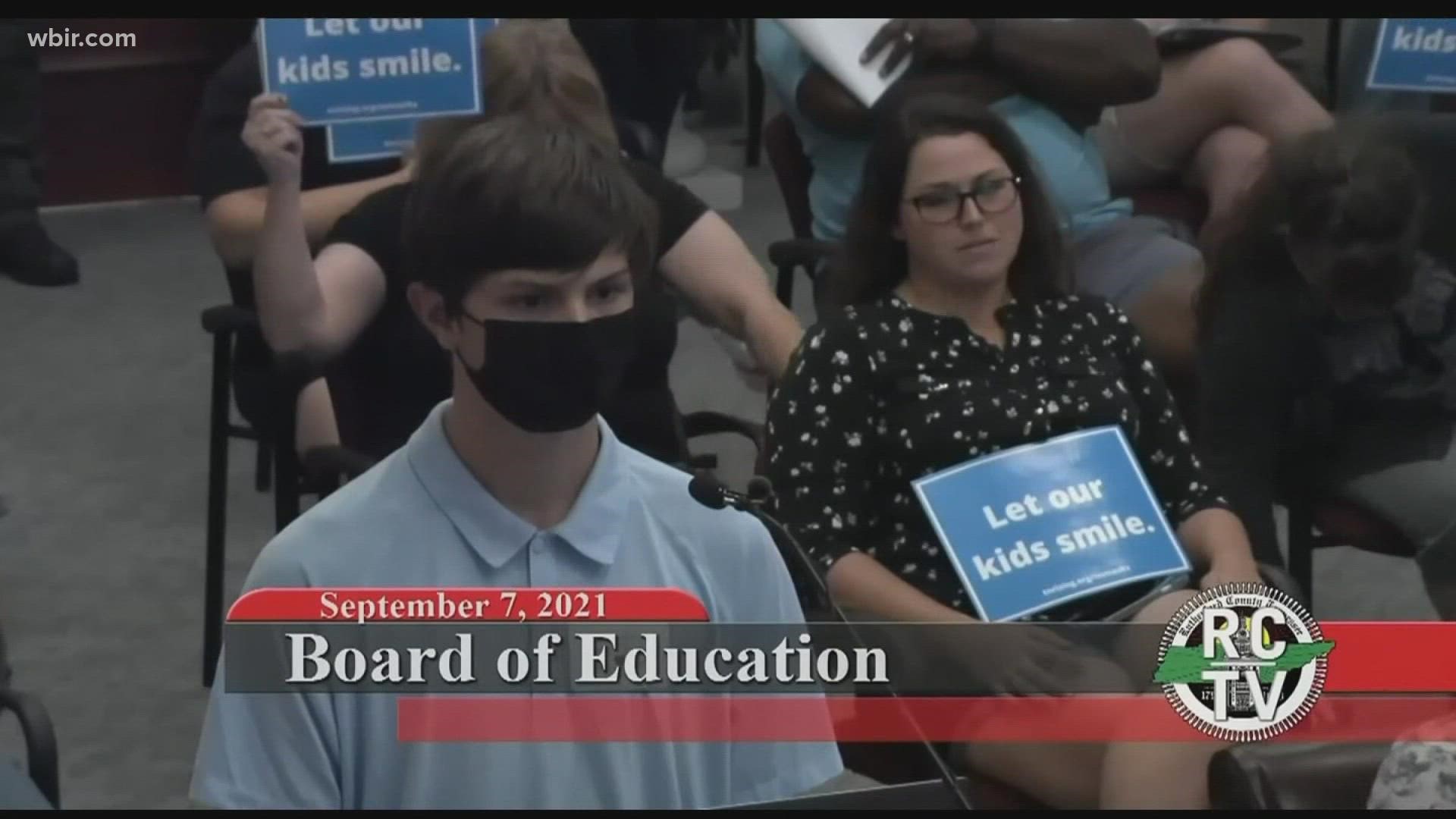 MURFREESBORO, Tenn. — Another Middle Tennessee school board meeting is making national headlines. Rutherford County is now in the spotlight, after a discussion about masks in classrooms.

Knox spoke in front of the Rutherford County School Board Tuesday night in favor of a mask mandate. He tried to continue his speech but got interrupted by laughing and heckling from adults in attendance.

The school board chairman ended up stepping in.

“It was complete insanity from my perspective,” Knox said.

Knox is a junior at Central Magnet School. He said he could not believe what happened.

"If they laugh at me about a personal story about my grandmother, that's just disrespectful, I feel. So, I was like shaken a little bit,” Knox said.

Board members like Claire Maxwell said the reaction from some in the audience did not sit well with them.

"We all wholeheartedly, all seven of us, were ashamed about what happened and we want to make sure nothing like that ever happens again,” Maxwell said.

Two minutes of the roughly three-hour meeting have now spread on social media. Knox said it's not a reflection of Rutherford County.

"I hope that they can see that there are people like me that want to see change and look past all of the hecklers,” Knox said.

For Knox, he said the laughing will not stop him from speaking up again.

“As long as I can get my message across, I don't really think it matters what the crowd thinks of me. Overall, they're not the ones making the decisions for the school,” Knox said.

The school board said at a work session on Wednesday that they will be making a statement at Thursday’s meeting about the now-viral video.

News4, a sister station in Nashville, has been trying to get in touch with the woman seen in the video. They said they could not reach her for a comment on Wednesday.