Windsor took her interim role after the board bought Dr. Deanna McClendon out of her contract in March, a decision with a price tag of $250,000. 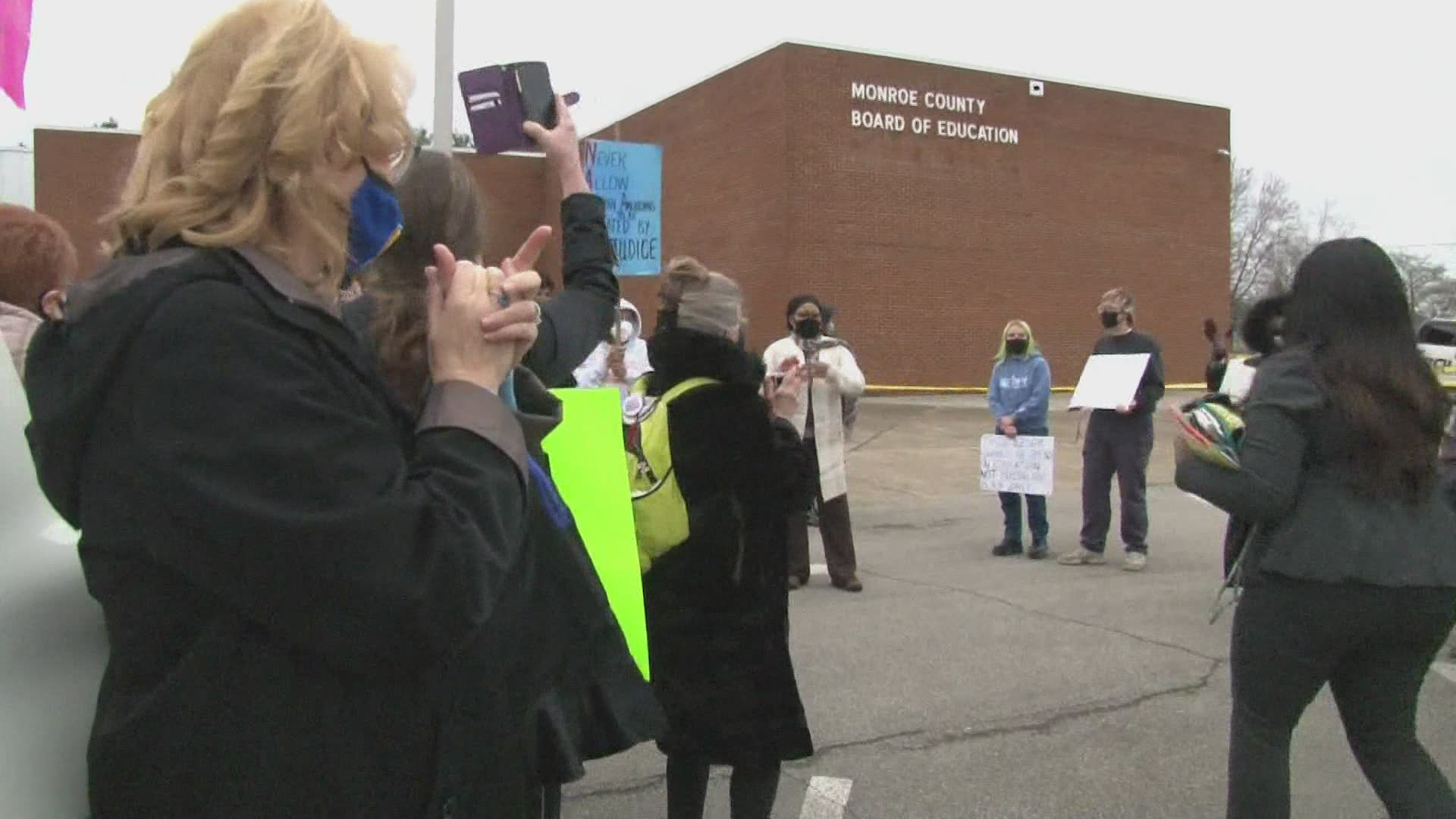 MONROE COUNTY, Tenn. — The Monroe County School Board of Education will be meeting in Madisonville Thursday evening to discuss contract details for their new director of schools, Dr. Kristi Windsor.

Windsor took her interim role after the board bought Dr. Deanna McClendon out of her contract in March, a decision with a price tag of $250,000.

During her nine-month stint as director, McClendon helped get schools more money from the county commission, totaling $400,000.

In March, she was ousted by a vote of 6-2, some school district teachers claiming the board's decision was racially motivated.

Since then, Windsor has been the interim director and is expected to officially take over the director of schools role Thursday night after signing her contract.

The Monroe County School Board of Education will meet Thursday at 6:30 p.m.

The Monroe County Board of Education voted Monday night 6-2 to buy out their superintendent from her contract.

Deanna McClendon was hired in 2019 and was the first woman to hold that position.

The decision came with a lot of controversy and people asking why as there was no cause for the action.

It happened without any reason, only a quick mention of things going in different directions.

"At the end of the day both parties would agree if it's not in the best interest of the school system or students it serves for not everyone to be united," said the board's council.

The board's two members that voted no, stood up for her and said the decision to spend that money from the school budget doesn't support the kids.

"If I had a daughter I'd want her to be just like you," said board member Dewitt Upton.

"She got us money from the county commission that we hadn't gotten in over seven years and to me, she's done an outstanding job being our leader," said board member Marsha Standridge.

Dozens showed their support outside citing racial and gender discrimination.

"Trying to get rid of her, you don't always want to bring things to a racial thing. But it is. It is about race and gender," said Monroe County teacher Pat King.

Estell said they'll continue to support her and fight for equality and justice, "We want her to know what she's done for people of color and women, it matters."

McClendon, a Monroe County native, helped get schools more money from the county commission last summer. A total of $400,000.

Something that hadn't been done in seven years.

"Imagine how excited we were when in the very community she grew up in and being minority and they were progressive in hiring an African American women then this woman comes in and does an excellent job and got your out of debt and on the rise and now you say it's time for you to go," said Estell.

The board and McClendon signed an agreement for an amicable parting of ways.

They voted to elect Dr. Kristi Windsor as interim director to temporarily fill the position.

RELATED: Monroe County School Board will vote to keep or oust director of schools