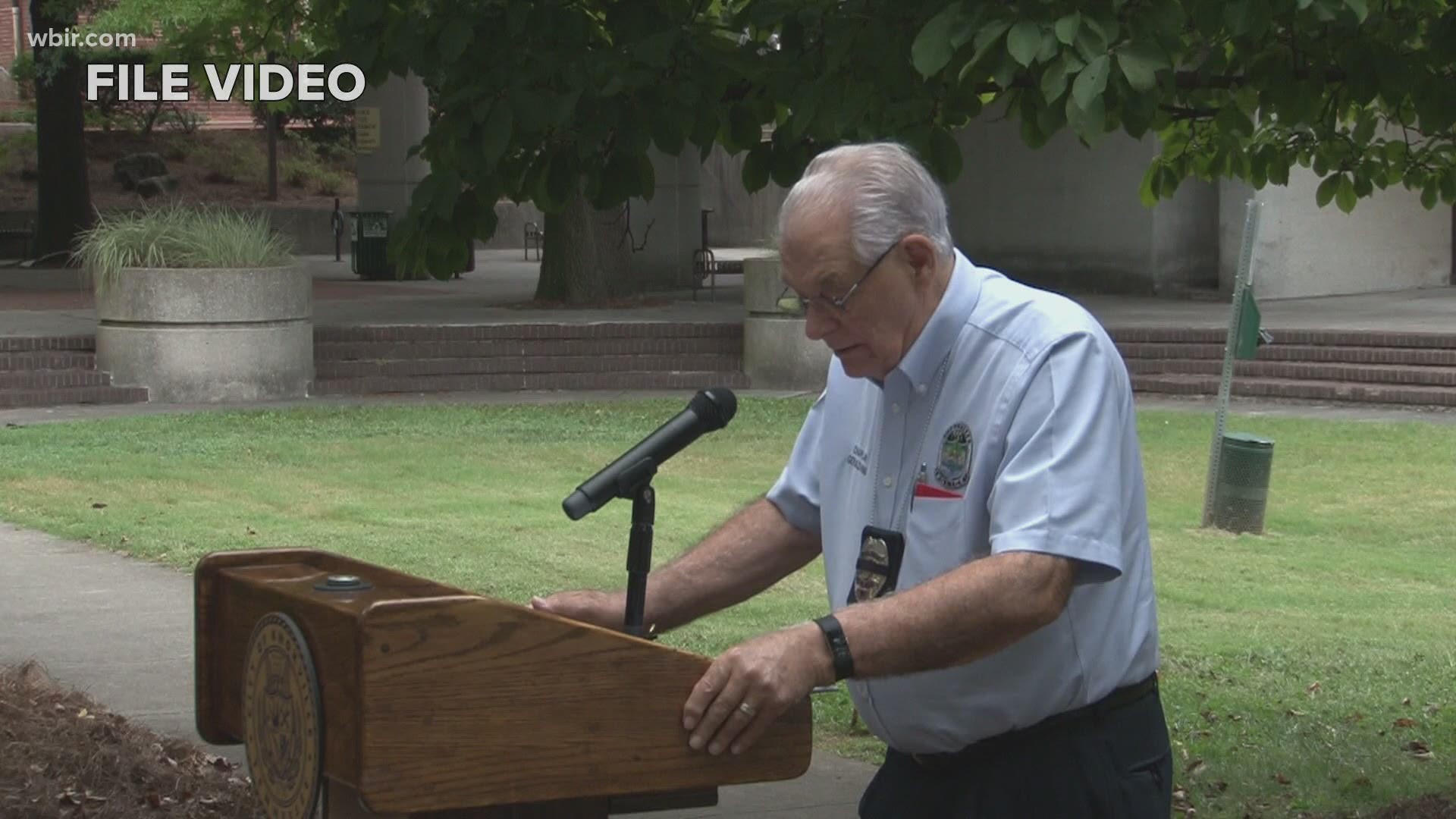 KNOXVILLE, Tenn. — Even 19 years later, people across the U.S. remember the terrorist attacks on Sept. 11, 2001. The University of Tennessee is not any different.

Officials made a post on UT's Facebook page comparing what The Rock looked like on Sept. 11, 2001, and what it looks like in 2020. The pictures reveal a memorial that hasn't changed much — they show a community that still remembers the events of 9/11.

In 2001, two airplanes crashed into the World Trade Center towers during a terrorist attack killing 2,997. Another airplane crashed into the side of the Pentagon and a final plane, brought down by passengers who fought back, crashed into a field in rural Pennsylvania.

Now, events across East Tennessee are being held to remember the people who were lost. Flags are also being flown at half-staff from sunrise to sunset, to commemorate the day.

Knoxville leaders also gathered to commemorate the day Friday morning, at the City County Building. They observed a moment of silence for the victims as the First Baptist Church rang its bells to mark the time when American Airlines Flight 11 crashed into the North Tower of the World Trade Center.

Posted by University of Tennessee, Knoxville on Friday, September 11, 2020