Knox County Schools met and parents, teachers and community members joined them to voice support for using a facilitator to help create a school security plan. 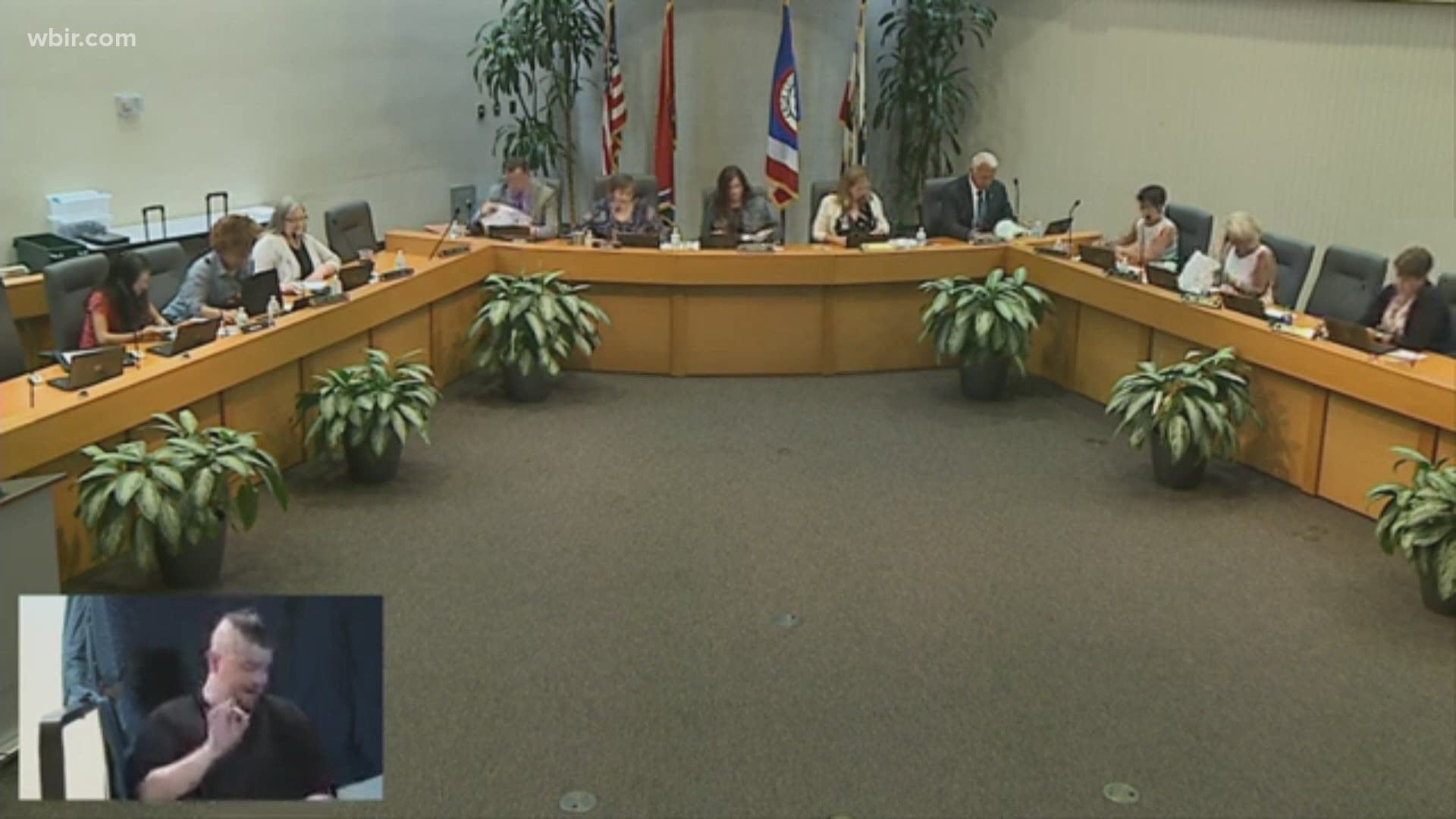 KNOXVILLE, Tenn. — The Knox County Board of Education met Wednesday evening to discuss how they would involve community voices in preparing a future policy for school security. During the meeting, they voted against using a facilitator to guide future discussions with community members.

Before the vote, Satterfield said she was contacted by an organization that could help cover the cost of hiring a facilitator so no tax dollars would be used. She did not say what organization it was.

Information about how the board planned to collect community input on new school security policies was not immediately available.

After Knoxville Mayor Indya Kincannon announced police officers would not be in schools while security needs were reviewed, board members began working on a new policy. Part of the new policy is meant to involve input from additional stakeholders, such as community members.

On May 19, the board informally appeared willing to hire outside aid to help them steer community participation in reviewing an agreement with the Knoxville Police Department and Knox County Sheriff's Office.

Then, Mayor Glenn Jacobs raised questions last week in a letter about the need to hire a "consultant." The board could handle the task on their own, he wrote.

However, many parents and teachers at Wednesday's meeting said they supported using a facilitator to involve the community in security discussions. One pointed to recent tragedies in Knox County as evidence that community input is crucial.

"I don't really understand why the use of a facilitator has become a point of contention," another teacher said. "A good external facilitator can come into situations to ease tensions, which there have been. They can help identify points of agreement and disagreement, and provide objective summaries of long meetings. Most importantly, a third-party facilitator can provide an atmosphere of neutrality."

Members also defended using a facilitator in early June to help create the agreement with Knoxville police. One said that the board was too dysfunctional to do it on their own. A member also mentioned the lack of another plan to involve the community during Wednesday's meeting.

"I don't think we've heard yet, if we don't have a facilitator, how do we as nine individuals accurately collect and report the data from our communities?" said Jennifer Owen, a board member. "What system do we have to be able to do that?"

Superintendent Bob Thomas said he understood the urgency to create a security plan with Knoxville police, as they prepare to be pulled out of schools on June 12.

"My intent is not to let this lie dormant over the next few weeks," he said. "Schools' going to be starting before we know it and we need a plan in place."

During the meeting, Babb said she supported voting on the proposal to use a facilitator in order to give Thomas clarity on how to go about creating the new school security policy as the start of the school year approaches.