After a sudden move to virtual learning for Friday classes, parents are speaking up on what they believe is inconsistent decision making. 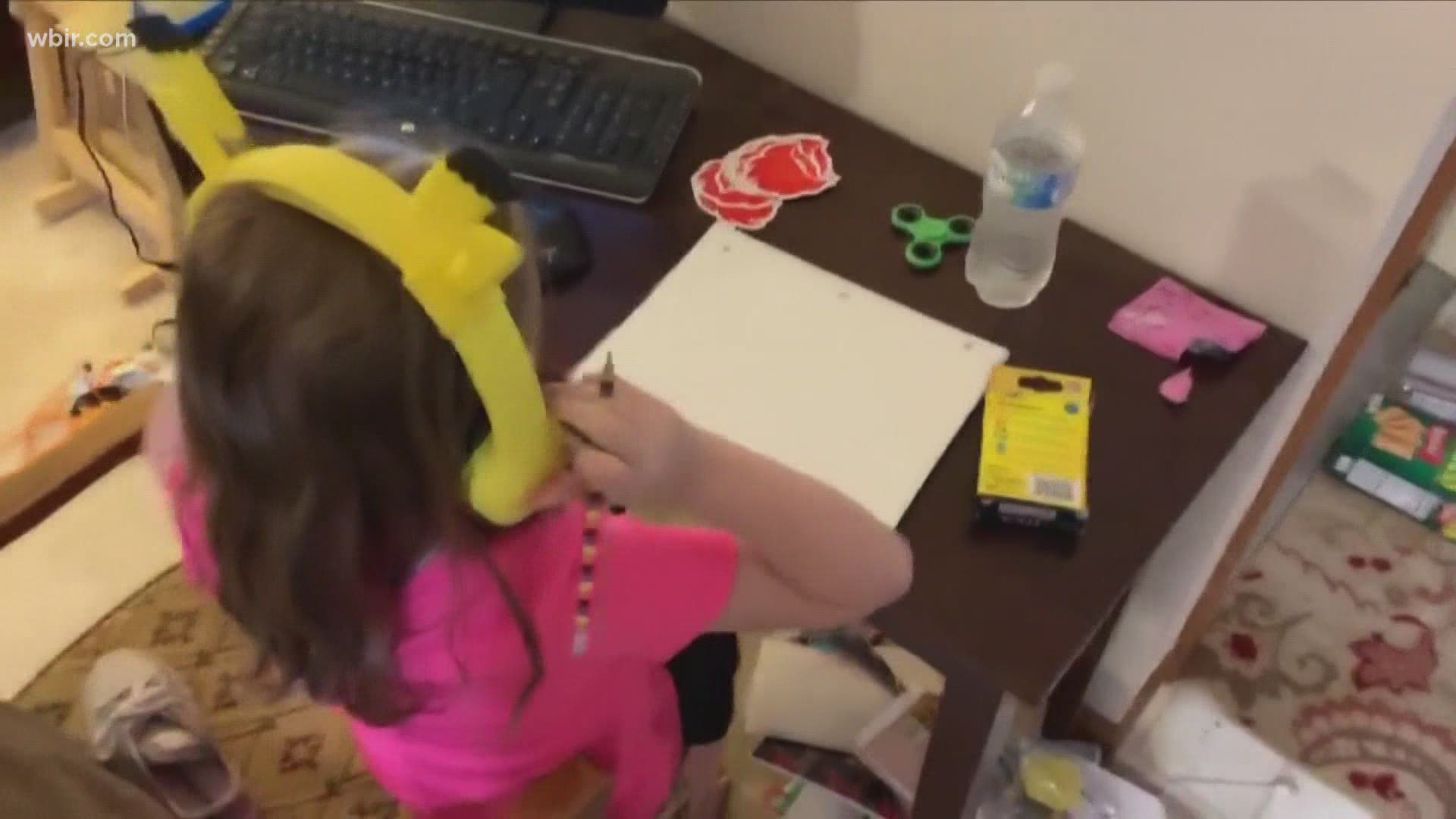 KNOXVILLE, Tennessee — Some parents are not pleased with the decision making of Knox County Schools.

"Consistency is really important and so is knowing what to expect," said Jamie Cyphers.

Knox County parents are frustrated after the school system moved students to virtual learning Thursday afternoon for Friday classes, due to the threat of snow.

"Taking in consideration of parents that do work full-time jobs that are single parents that don't have family members readily available to step in and assist with the virtual learning," said LaShekia Jones.

"As far as like with the elementary-school-aged students, I feel that is doing a disservice to those students, because they're elementary, and they need the instruction," Jones said.

The decision does not only affect students learning in-person but also students in virtual learning like Jamie Cyphers' daughter, who attends classes in Harden Valley.

"It did surprise me to see the impact that the inclement weather had on the virtual polices," said Cyphers.

She said that they had to change her schedule and assignments even though her day stayed the same. They say it’s not what the district is doing that they're upset about — it's how they're doing it.

"I'm okay with the cancellation of schooling going on to virtual due to inclement weather," Jones said. "There needs to be more instruction, more guidance."

They just wish the winter weather policy was handled a little differently.

The decision to turn Friday into a virtual learning day instead of a snow day was made out of necessity, according to school officials. The school system does not have any remaining snow days built into the calendar because it used all of them to delay the start of the school year because of the pandemic.

"Because the district has been able to provide Chromebooks to every student, we do have the flexibility to move to online learning as needed and to make early weather calls so families have time to make contingency plans," said KCS spokesperson Carly Harrington in an email to 10News on Friday evening.

The district does have two in-service days that could be used as instructional days if needed, Harrington said, but any other days would have to be made up by cutting into Spring Break or tacked on to the end of the school year.

School officials don't anticipate this being a problem next year, as long as it can maintain the snow days usually built into the calendar, Harrington said.

"We try to give our families as much notice as possible, but we make our decisions based on the forecast and information that is available. Our teachers have been told that the district could move to online learning on inclement weather days, and should have been prepared to make the switch. Students [Friday] received either synchronous or asynchronous instruction," Harrington said.