These education leaders were instrumental in the Oak Ridge 85's integration of Oak Ridge High School and Robertsville Junior High in 1955. 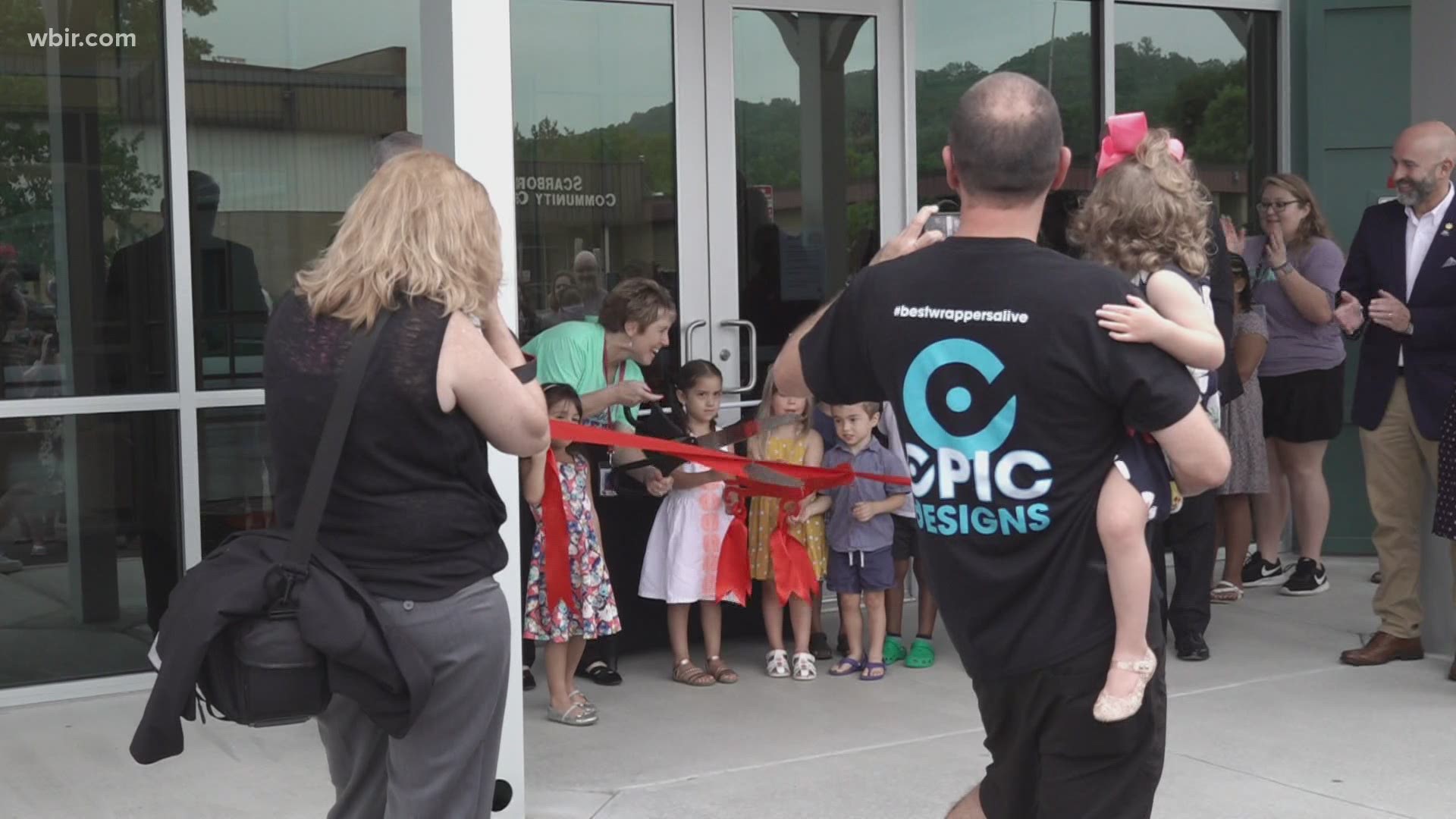 The school opened in July 2020 but could not do a ribbon-cutting due to COVID-19.

The ceremony also unveiled new plaques in the school building honoring the Scarboro community leaders and educators who are the namesakes for several rooms.

In January, the Oak Ridge Board of Education designated rooms inside the building in honor of Scarboro "community heroes" Arizona Officer, George Walker, Fred Brown and Sallie McCaskill.

These leaders were instrumental in community education efforts including the Oak Ridge 85's integration of Oak Ridge High School and Robertsville Junior High in 1955.

The school's gymnasium was named after George Walker, a teacher who served as a special guidance counselor for students during integration.

The school's preschool wing was named in honor of Fred Brown, the first Black teacher at Oak Ridge High School.

The school's preschool library was named for Sallie McCaskill, a lifelong education activist in the Scarboro community.

"These children will learn history through not only their school days, but they'll remember this as they move on to elementary school and high school. So, therefore, we pass along the story from generation to generation," Oak Ridge Mayor Warren Gooch said.

In a 2020 interview, Gooch also said this new state-of-the-art facility in the Scarboro community is a bright spot because Oak Ridge was the first public school system in the state to have a pre-K.