Some campuses including UTK are set to resume next week. The question of fall sports remains unresolved. 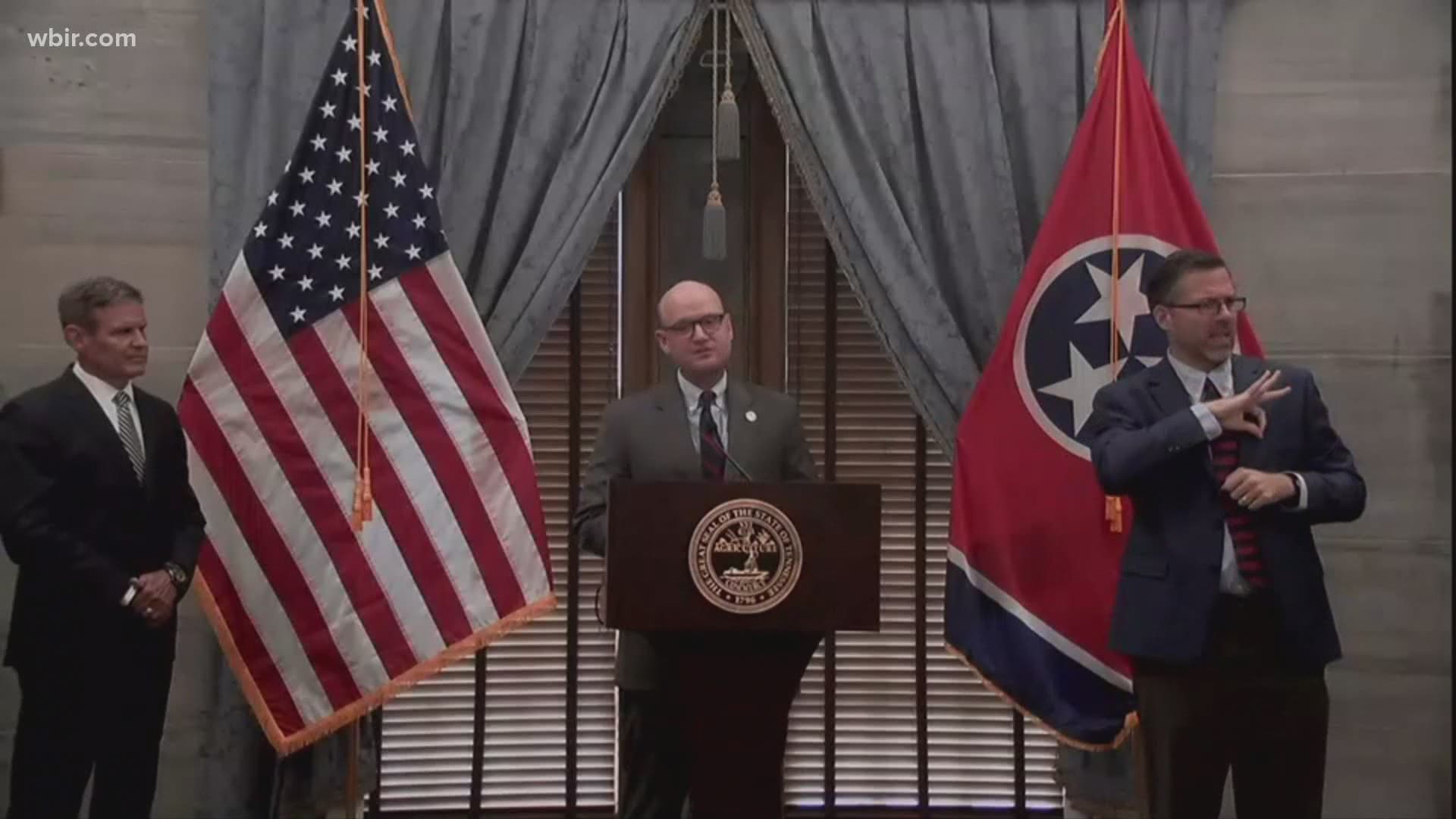 State educators have taken a plethora of steps this summer to prepare college campuses for students to take fall classes safely, but students themselves are going to have to be responsible with their behavior.

That was the message from Mike Krause, executive director of the Tennessee Higher Education Commission, while speaking at Gov. Bill Lee's Thursday press briefing.

While Lee himself said little specifically about plans to send higher education students back to class, he noted that he'd called University of Tennessee Knoxville Chancellor Donde Plowman on Wednesday, in part to hear her thoughts about the planned return of college sports.

Lee said he was encouraged UTK is doing what's necessary to ensure student athletes can go back to the field safely.

He added: "I think athletes who want to play should be able to play. (SEC) Commissioner Sankey is showing thoughtful leadership in this area."

While some conferences such as the Big Ten have decided to put off fall sports, the SEC and ACC have not made such a declaration.

UT on Thursday announced some things will be different on Game Day if it goes ahead as planned. For example, there won't be organized tailgating by the university, including student groups.

"There is a lot of uncertainty about plans for football in general. Details about individual fans’ ability to tailgate on campus are yet to be determined. Whatever we do will follow recommended guidelines from public health officials. We will communicate specific information as decisions continue to be made,” UT said Thursday afternoon.

Lee said he himself didn't press Plowman about what should be done when it comes to football.

Plowman said Thursday she hoped there'll be football, but if there is, stadium capacity will be reduced.

UTK students start back next week. They'll see a mix of virtual and in-person classes in a world very different from the norm. They'll be expected to wear masks in many settings while in campus buildings, and they'll be looking at a compressed semester and schedules that see classes stretching across a longer day.

Students who fail to respect wearing a mask will likely face conduct ramifications. Faculty may halt a class if students fail to put on their masks.

Krause said Thursday that online courses are going to be a basic component of higher education this semester.

"Strict protocols" will be in place for in-person classes, he said. Students will be spread apart to promote social distancing.

Higher education, however, has to "keep moving forward," Krause said. The state has a job to do in preparing students for the working world.

Krause said more than 30,000 testing kits have been sent out to student health centers across the state's public colleges and universities.

In order for campus life to success, he said, students will have to take ownership of safe behaviors such as wearing a mask and respecting social distancing.

Tennessee Tech President Phil Oldham also talked about specific steps being taken on the Crossville campus. That includes using air purifiers and UV lights to address the threat of COVID-19 and amping up the amount of fresh air that gets pumped into campus buildings.

Temperature stations and hand sanitizing stations also have been installed across Tennessee Tech's campus, an approach being followed by other public universities. Mental health services have also been enhanced for those who need it.