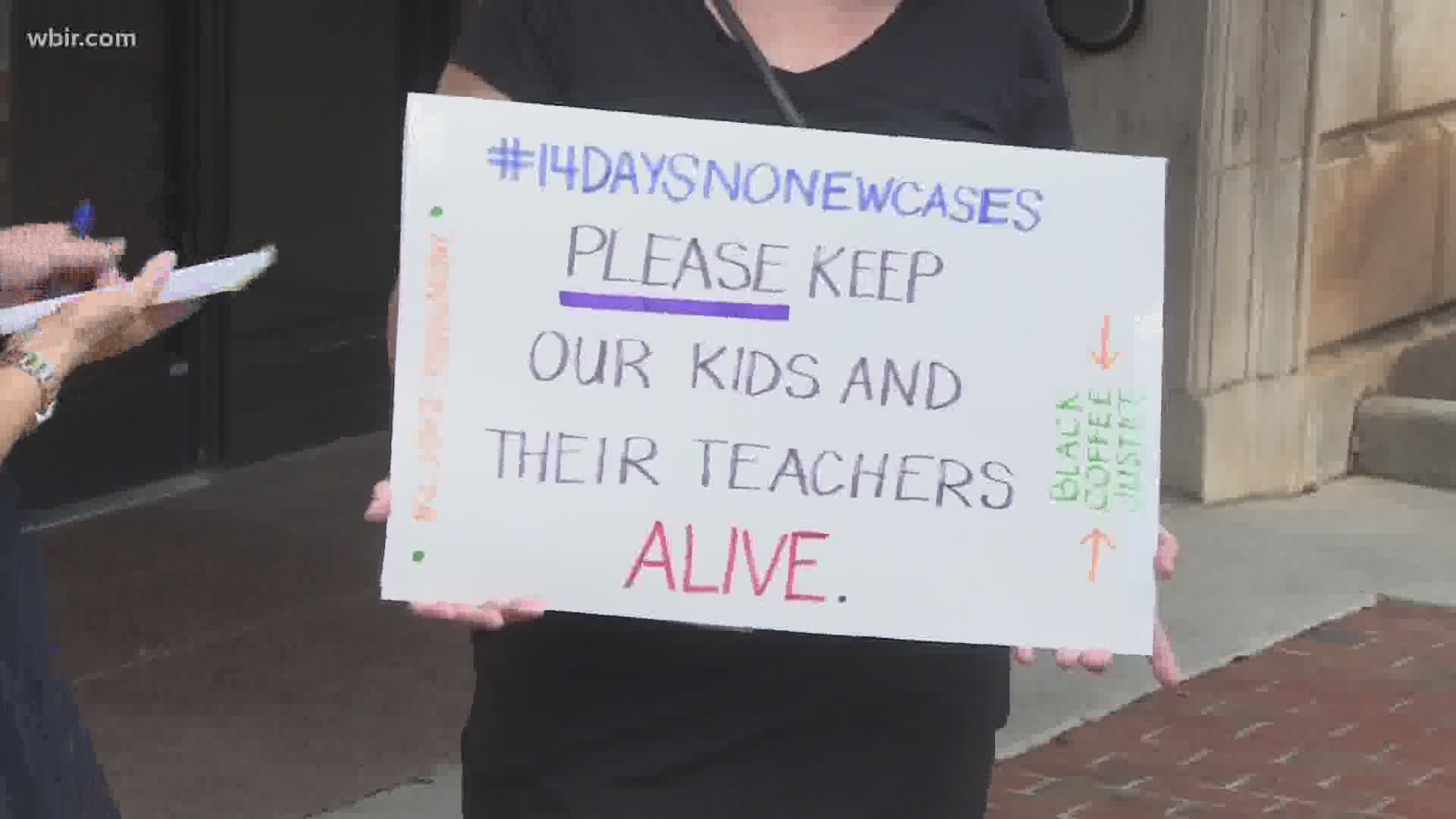 KNOXVILLE, Tenn. — As the workday came to an end on Monday,  signs lined the Andrew Johnson Building and those behind the poster board had a message.

"I'm out here because I think we need to keep our students and teachers safe," retired Knox County teacher Jane Skinner said.

"I'm really concerned that our numbers are rising as high as they are right now," she said.

It is a view Indivisible East Tennessee's Nathan Higdon said is the reason behind the rally.

"Contrary to anyone's belief, we want kids to go back to school but we want them virtual for 14 days with no new cases," Higdon said.

His organization and Black Coffee Justice teamed up to host the demonstration. He said while virtual is not the perfect solution it is the safest option for now.

"From the conversations, we've had with teachers they seem to be afraid," he said.

For that reason, Higdon said people had to speak up and while not everyone wanted to show their faces, some wanted you to hear their voices.

"We're here because we are American citizens and it's our duty to protect each other just being aware and civil to each other," one person said.

"Teachers fall into a category where many of them will be affected and if we lose what will happen after that," another person said. "Teachers don't really have a voice and people who can should speak for them..it's important to us."

RELATED: Teachers weighing risks of heading back to classroom, some not returning

RELATED: Knox County seniors go up the Sunsphere for Knox 2020 Prom in the Sky

RELATED: "They could be challenged" | School COVID-19 liability waivers, disclaimers and the legality of both

RELATED: 'We knew it was a challenge, but we couldn't let that be an excuse' | Summer internships go virtual

RELATED: "It's an issue of equity" | Thousands of students will learn online but internet barriers still exist