Students found what school officials are calling flour mites in their granola on Tuesday afternoon, and on Thursday morning another student said he found a bug in his fruit. 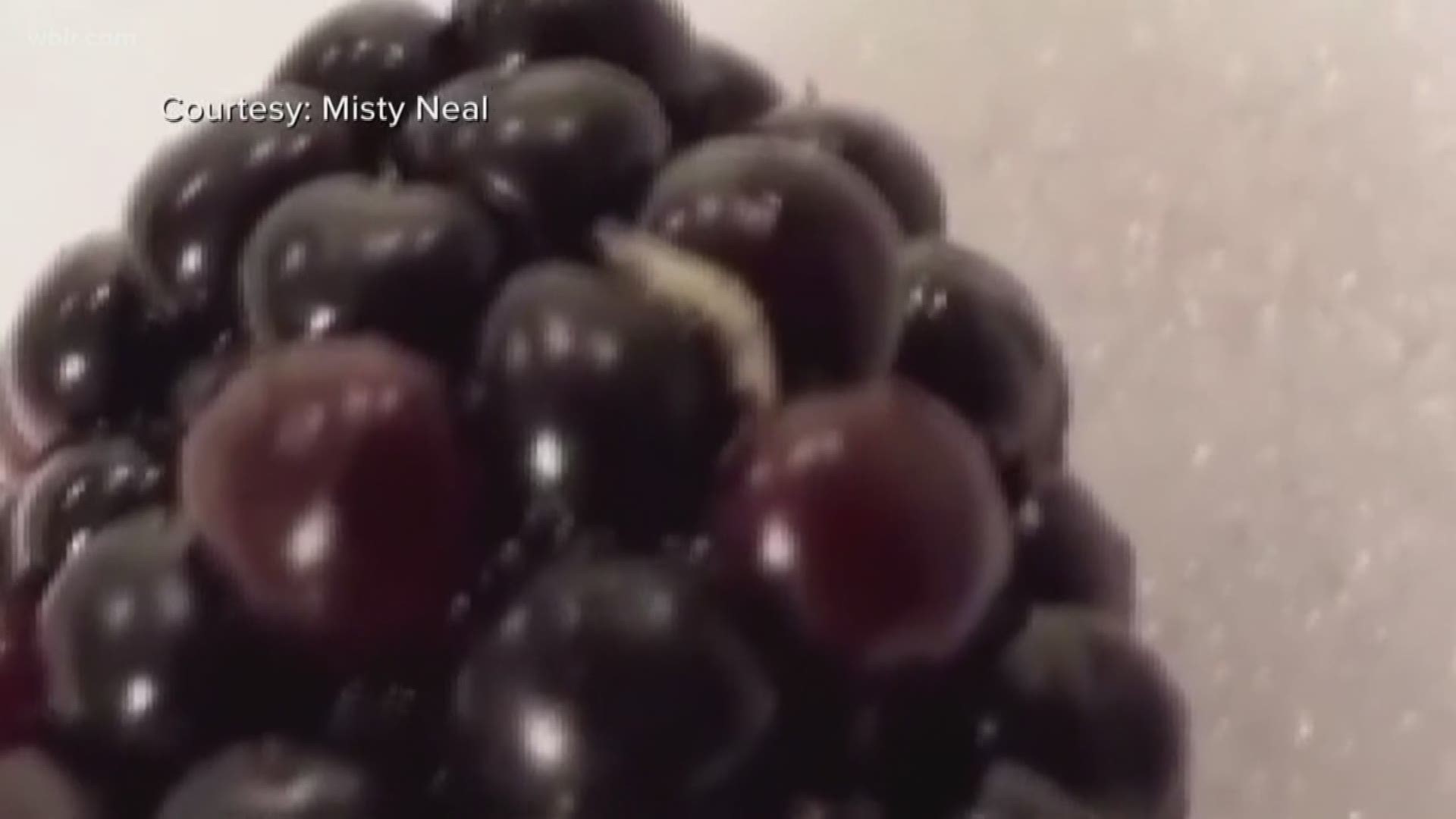 Bugs found in a blackberry and some granola sparked heated conversations at Thursday's Monroe County School Board meeting.

Parents packed the meeting to express their concerns about the bugs their kids say they found in their food at Madisonville Middle School.

The first student to find a bug was 7th grader Madison Smith.

"It was one scoop of granola bar. It looked like maggots, so that's what I thought it was," Smith said.

Her classmates noticed something on their plates was moving, so they started to record it on their phones.

"Everyone started looking at their plate and saying 'I think these are maggots,' So we got out our phones and recorded so we could show our parents," Madison said.

Madison immediately sent the video to her mom, who couldn't believe it.

"She starts zooming in and it's maggots. What in the world. How can someone feed children maggots," Brandy Shubert said.

Madison's mom first called the pediatrician to see if her daughter was safe, then she went to Madisonville Middle where she said she talked to the kitchen staff.

"I said, 'You cannot tell me you didn't see that,'" Shubert said.

On Thursday, another student at Madisonville Middle School captured video of a bug in his blackberry. The boy's mother, Misty Neal, said he spotted it while eating the school-provided breakfast.

"I was just blindsided by this video that I saw today," said neal. "These past three to four days, it's been really concerning. Something has [to be done]. It just can't happen again. It just can't."

In a statement from the Monroe County Director of Schools, Tim Blankenship said this:

"During lunch service on September 4, 2018, we had an incident at Madisonville Middle School where flour mites were discovered in a bag of granola that was still sealed in original packaging and had just been opened at lunch. Only two to three students reported this, and the granola was immediately removed from the serving line. The parents of the students who reported having gotten the granola with mites were notified by the school. The manufacturer of the product was also notified of the situation. We strongly believe this is an isolated incident. Our cafeteria employees have checked all stock to ensure that there are no more affected bags and to prevent any future concerns. The latest health inspection also happened this morning, unrelated to this incident, and the cafeteria received a score of 97. Food safety for our students and our staff is our top priority, and we will continue to monitor all of our procedures and products to make sure everything is handled according to protocol."

Blankenship told 10News the inspector returned Wednesday after the insect complaint to check everything out again. The report states no insects were found.

Neal and Shubert both attended Thursday's Monroe County School Board meeting to address their concerns.

The bug issue was not on the meeting agenda, so parents were not given an opportunity to speak to the board.

A board member responded "this has been addressed."

Blankenship said the school board contacted the manufacturer of the granola and they're trying to do everything they can to prevent this from happening again.

Many parents, including Neal and Shubert, said their kids will bring their lunches from now on. They also plan to put this issue on next month's school board agenda.