A lot can be learned in the classroom from the ashes of 9/11. That's why Stephen Shedden and Mike Weininger want more kids to learn about that day. 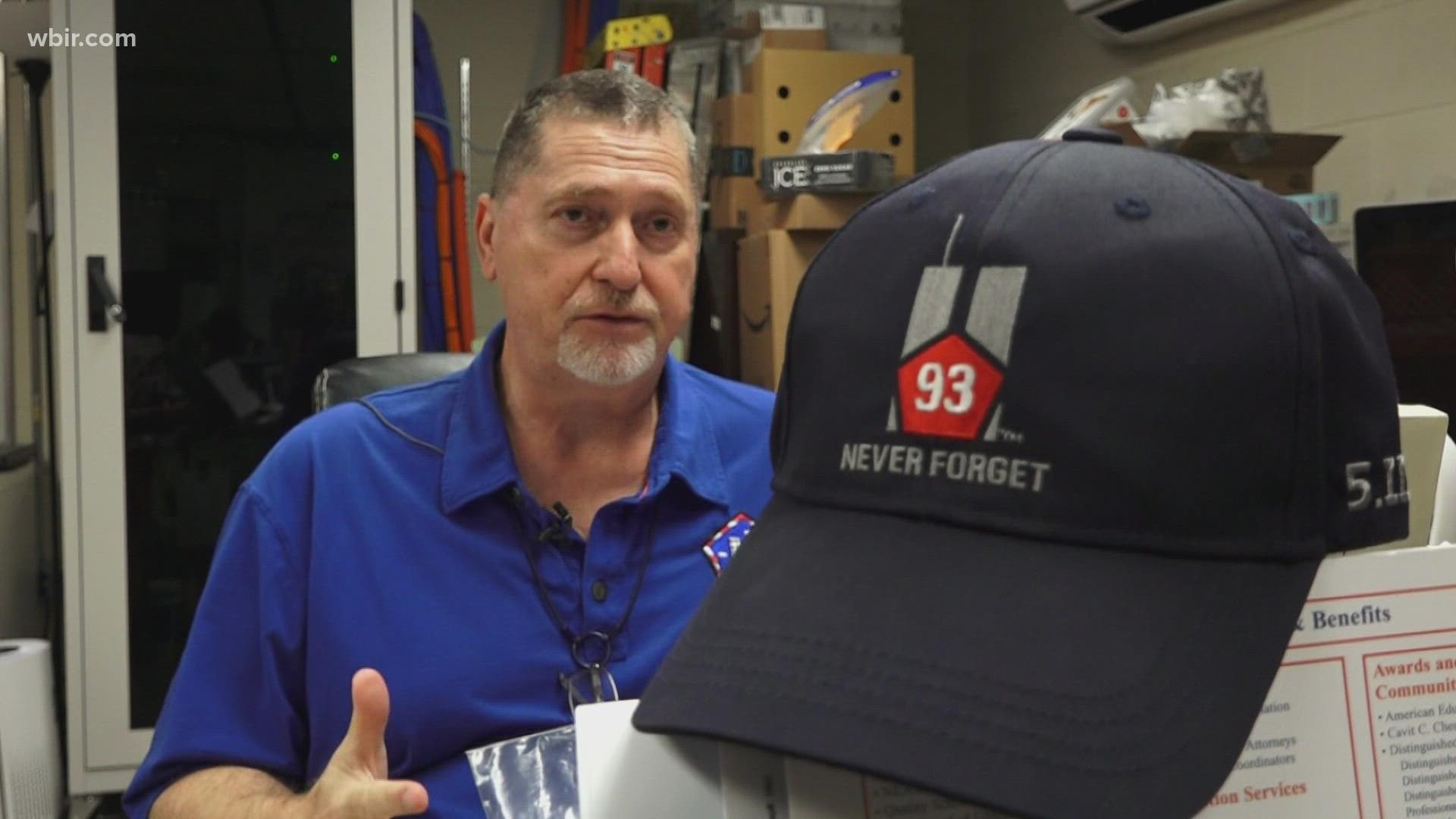 KNOXVILLE, Tenn. — There are no students from Kindergarten to 12th grade who were alive during 9/11. However, two teachers at Bearden Middle School are keeping the memory of that infamous day alive in classrooms.

They are pushing for more education about the events of September 11, 2001, across the state.

In a dim classroom, memories of September 11, 2001 shine from the screen. It's a flashback in time for kids who weren't even alive.

Since that day 20 years ago, Stephen Shedden's mission has been to teach others and to never forget.

"I would like to think that it's made a difference," Shedden said.

He's a retired New York Police Lieutenant. He watched the trauma of 9/11 from afar on his last day of vacation in Florida.

"I had this terrible survivor guilt because everybody was there, I should have been there. I worked three precincts away from the towers, certainly would have been one of the first ones there, especially being a ranking officer," Shedden said.

Shedden was also away on vacation during the 1993 attacks on the twin towers. He often questions why he was spared.

“Everybody I know, except for one very good friend, they're all gone. They've all developed cancer, or have all died," Shedden nodded.

He and native New Yorker turned art teacher, Mike Weininger, started what they call "Teaching 9/11" back in 2006.

"It's kind of like a calling at this point, it's burning. I can't really explain it or justify it, necessarily," Weininger said.

Weininger was teaching in Japan during the 9/11 attacks and remembers the horror he felt from across the ocean.

"I had so many friends and family members that I couldn't communicate with," Weininger said.

At the time, Weininger and his students made and delivered 1,000 paper cranes to show support to New York from across the world.

Since then, Shedden and Weininger created a curriculum curated for kids, all to honor that day and the people who died, and to promote character in the students.

"The thing that puts me at ease the most is knowing that we're given the respect and the memories of these first responders, with their whole lives, for public safety," Weininger said.

Weininger realized at a conference years ago that the state of Tennessee took 9/11 education out of the curriculum.

So they, and state representative Jason Zachary, introduced a 9/11 education bill in 2020.

"What we were asking for in the bill was just on Sept. 11, or on Sept. 10 if it should fall on a Saturday like this year, we just want nine minutes and 11 seconds of instruction," Shedden said. "That's it. I don't think that's a lot to ask once a year — nine minutes of 11 seconds."

It passed overwhelmingly and even went to the Senate, but then COVID-19 hit and put a pause on things.

"Call your state senator and tell them please, 'Senate Bill 0156 needs to be passed,'" Shedden pleaded.

"We want the children to know the truth in a very appropriate manner in schools," Weininger said.

"Being a primary source, somebody that can touch people with some of these stories and hopefully make an impact," Shedden said. "That's the only thing that I can come up with why I was spared."

Now 15 years after creating the curriculum, courage and diversity conquers all, in and out of the classroom.

"Building character in kids from the ashes of 9/11," Shedden said.

The Senate bill would not mandate 9 minutes and 11 seconds of instruction on or around 9/11. It would just open the option, they said.

Shedden is working on a book to showcase how teaching 9/11 can promote character and courage.