TNReady has had past problems under its former providers, with students reporting login delays for online testing, slow servers and software bugs. 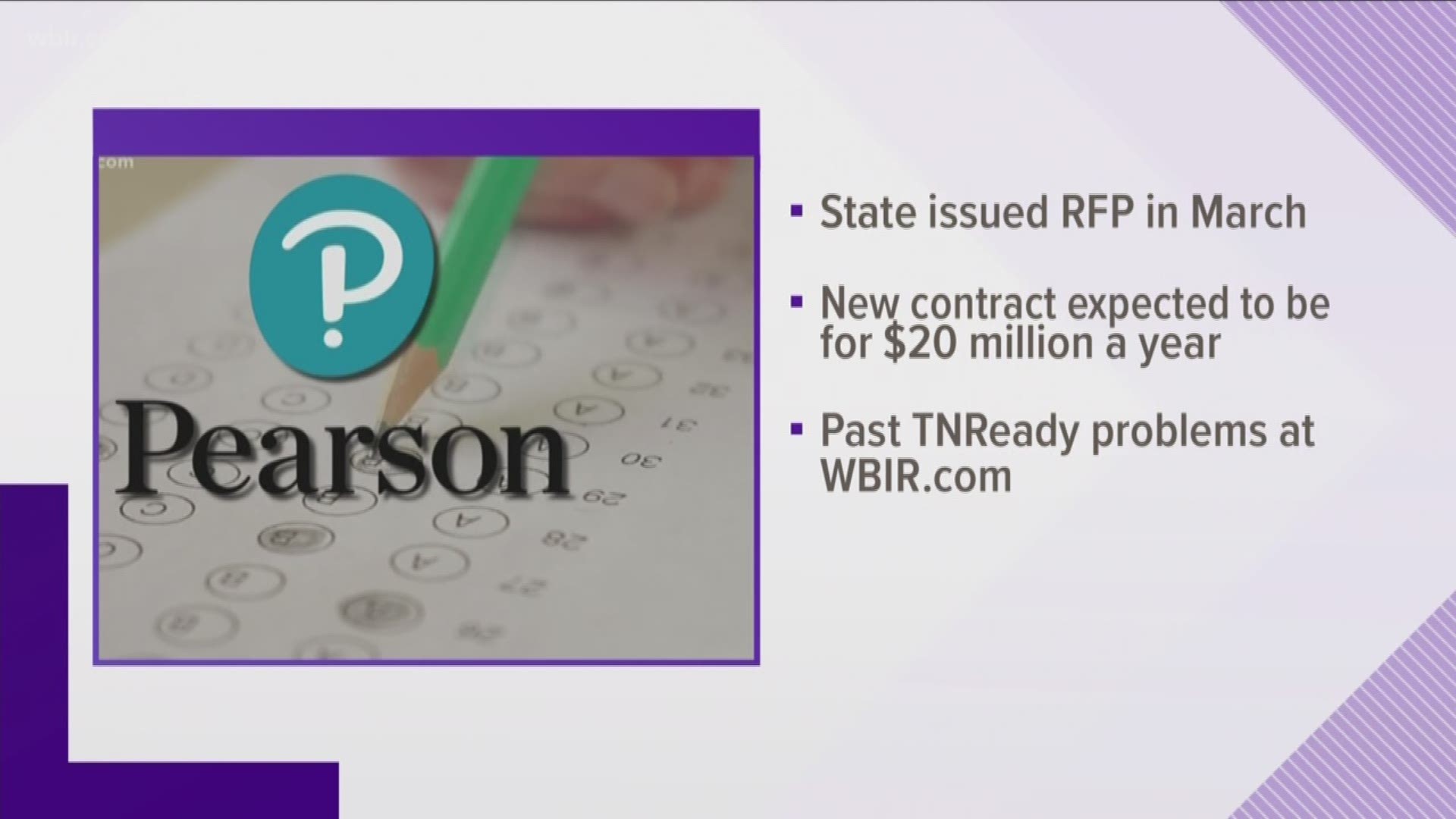 NASHVILLE, Tenn. (AP) — Tennessee has selected a new vendor to oversee its student assessment test for elementary and secondary students.

Details about the contract were not immediately available, including how much it'll cost the state each year but the state had previously estimated it could cost $20 million each year.

Schwinn made the announcement while talking in front of the State Board of Education and did not disclose financial information about Pearson's bid.

The state is expected to finalize its contract negotiations with Pearson by June 13.

In March, the state Department of Education issued its Request For Proposal for a new vendor. According to the RFP, the state expects the new contract to be $20 million each year. The state’s contract with previous vendor, Questar, is $30 million.

Questar was one of the vendors included in a timeline of problems with TN Ready over the past few years.

In 2016 the original online testing system, Measurement Inc., failed. That’s when the Department of Education awarded Pearson $18.5 million to score the tests when Measurement wasn’t meeting its standards.

In 2017, when the state contracted with Questar, about 1,700 tests were scored incorrectly. In 2018, the state comptroller's office says there were login delays, slow servers, and software bugs.

FairTest: The National Center for Fair and Open Testing lists a history of testing hiccups with Pearson going back to 1998. The list cites media reports on cancellations, incorrect scoring and cyber-attacks in states such as Florida, Texas, Virginia and New Jersey. According to its list, New York fired the vendor in 2015 and Mississippi fired it in 2017 for incorrectly scored exams.

Robert Schaeffer, a spokesperson for Fair Test, told 10News they have not heard of a testing problem with Pearson this year.

Pearson also owns edTPA, the assessments for teachers to get licensed, Tennessee included.