"There will be risks" | Hamblen County pushes ahead with graduations, prom

More than 1,200 people are expected at both ceremonies Thursday and Friday nights. One in 100 people in Hamblen already tested positive for COVID-19. 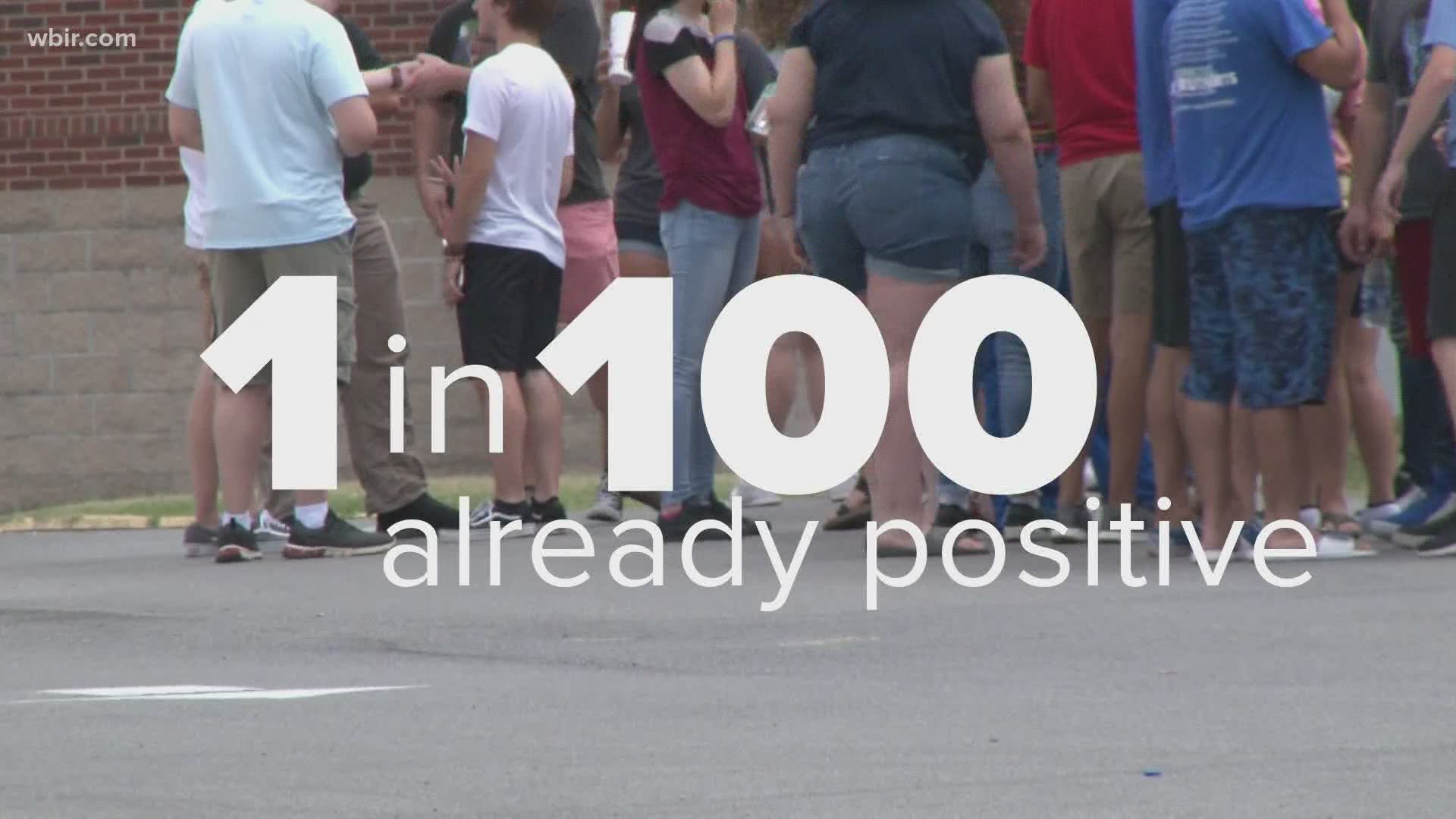 MORRISTOWN, Tenn. — Hamblen-Morristown high schools will push ahead with graduation ceremonies and prom, even as the area reports some of the highest rates of the coronavirus in East Tennessee, the superintendent said Wednesday.

Masks will be optional at the ceremonies, which will be held outside at the football field to allow for social distancing. Each of the 300 students at East and West High Schools will be allowed to bring up to four guests.

School superintendent Jeff Perry estimates there will be 1,200 people at each ceremony Thursday and Friday nights.

"Unfortunately, the numbers have risen since we ended school but we think we can still provide a graduation experience for our students and have it be a meaningful process, but still be a safe one," he said.

Hamblen saw a record 78 new cases of the coronavirus Tuesday. So far, 1 in every 100 people in the county tested positive. One in every five tests comes back positive, according to data from the Tennessee Department of Health.

"There will be risks. And we’ve talked to students and we’ve talked to parents about that and I think everybody fully understands this is strictly voluntary. There is no need for you to attend to get your diploma," Perry said.

"We think that this is a manageable risk," he said. "It is a situation where we can get individuals separated in the stands and we can get students separated on the field."

A model from Georgia Tech indicates gatherings in Hamblen County of more than 1,000 people have a greater than 99 percent chance of including someone with the virus.

"This is not the traditional prom that most individuals will go to," Perry said. "This is not going to be the best prom ever."

He said students would only be at the event for a short period of time. The school website said there will be music but "no organized dancing."

"There are risk factors associated with this and parents and students need to carefully consider their personal situation and they need to understand if this is the right situation for them," Perry said.

During a 27-minute interview, Perry also threatened to no longer speak to a reporter if his report was not balanced.

"Now I will tell you if you started this whole conversation trying to make that particular statement, I’m not sure that you and I are going to have a good relationship in the future," Perry said. "There are some concerns and I’ve expressed that concern. We have certain things in place to mitigate that concern, it’s not an absolute."