The state did not suspend standardized testing for the year, saying education leaders need to know where kids stood after a year of interrupted learning. 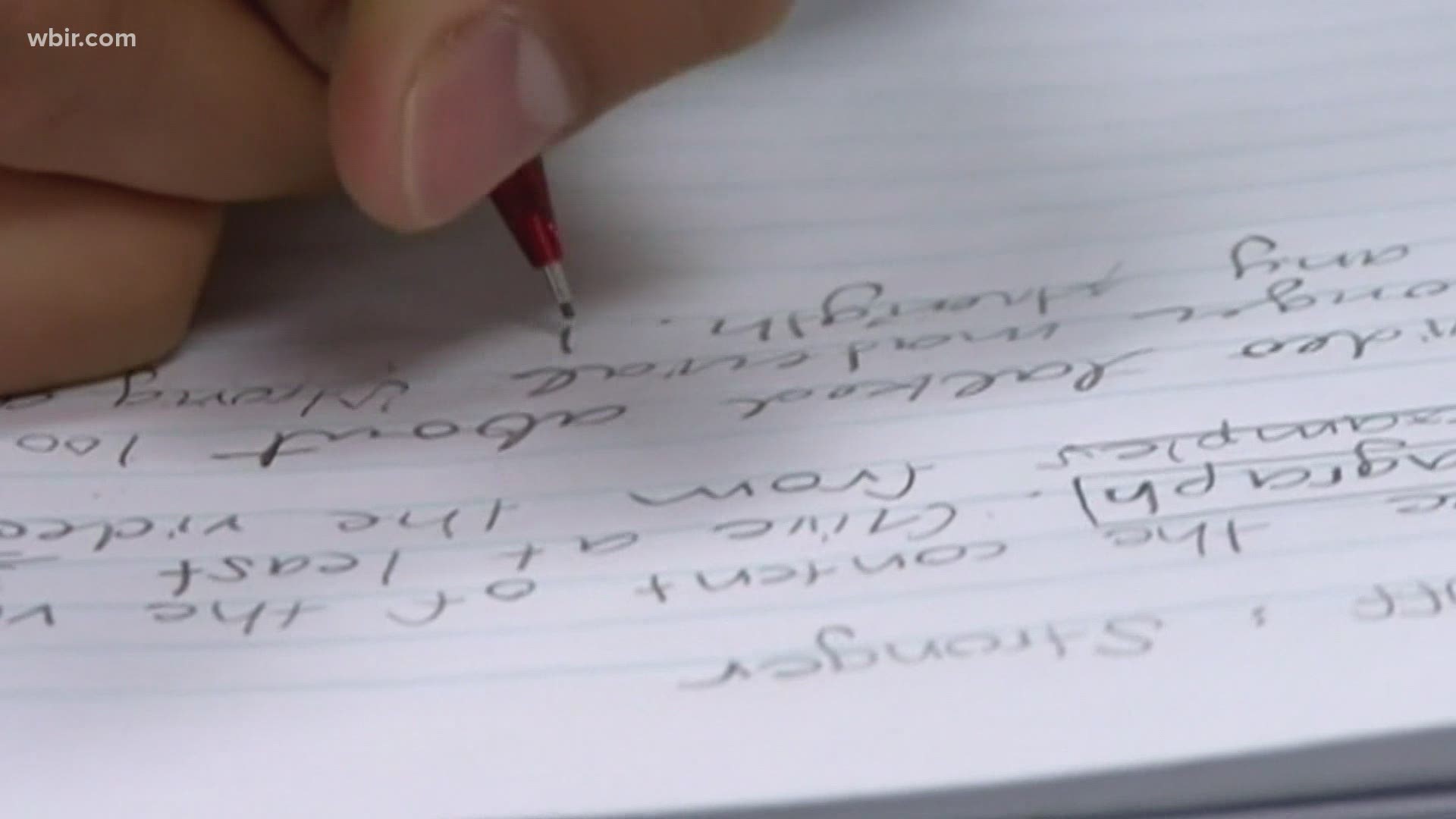 ANDERSON COUNTY, Tenn. — Standardized testing for students throughout the state continues this week. It was a decision that some educators did not support, saying that too much stress was put on kids during the COVID-19 pandemic.

They pushed to pause standardize testing last year. However, policymakers disagreed and said tests should continue, citing a need to know where students stand after a year of unique learning.

So now, students are returning to the classroom for in-person testing.

"This week, second grade did all their testing. We finished up today," said Marti Bailey with Norris Elementary in Anderson County.

She said teachers are doing what they can to make testing stress-free. Some placed notes around the school building and wrote encouraging sayings on the sidewalk outside, cheering the students on.

Many educators and parents said they were worried testing could add unnecessary stress. Instead, some said they wanted the state to focus on improving students' mental health.

Bailey said younger students are doing the best they can despite the added stress.

"I unload cars every day and when it was a testing student who got out, I would always say, 'good luck today and show the test how smart you are,' especially the second graders who said, 'I'm going to!" said Bailey.

Another full week of testing is ahead for older students. Bailey said testing sessions are divided between 40 or 80 minutes a day, to make sure the kids don't face too much pressure.

Counselors are also available to help students if needed.

All score reports will be shipped to schools and shared with students and families by Fall 2021.