A top priority for the Biden Administration is free community college. It's something Tennessee has been doing for more than a decade. 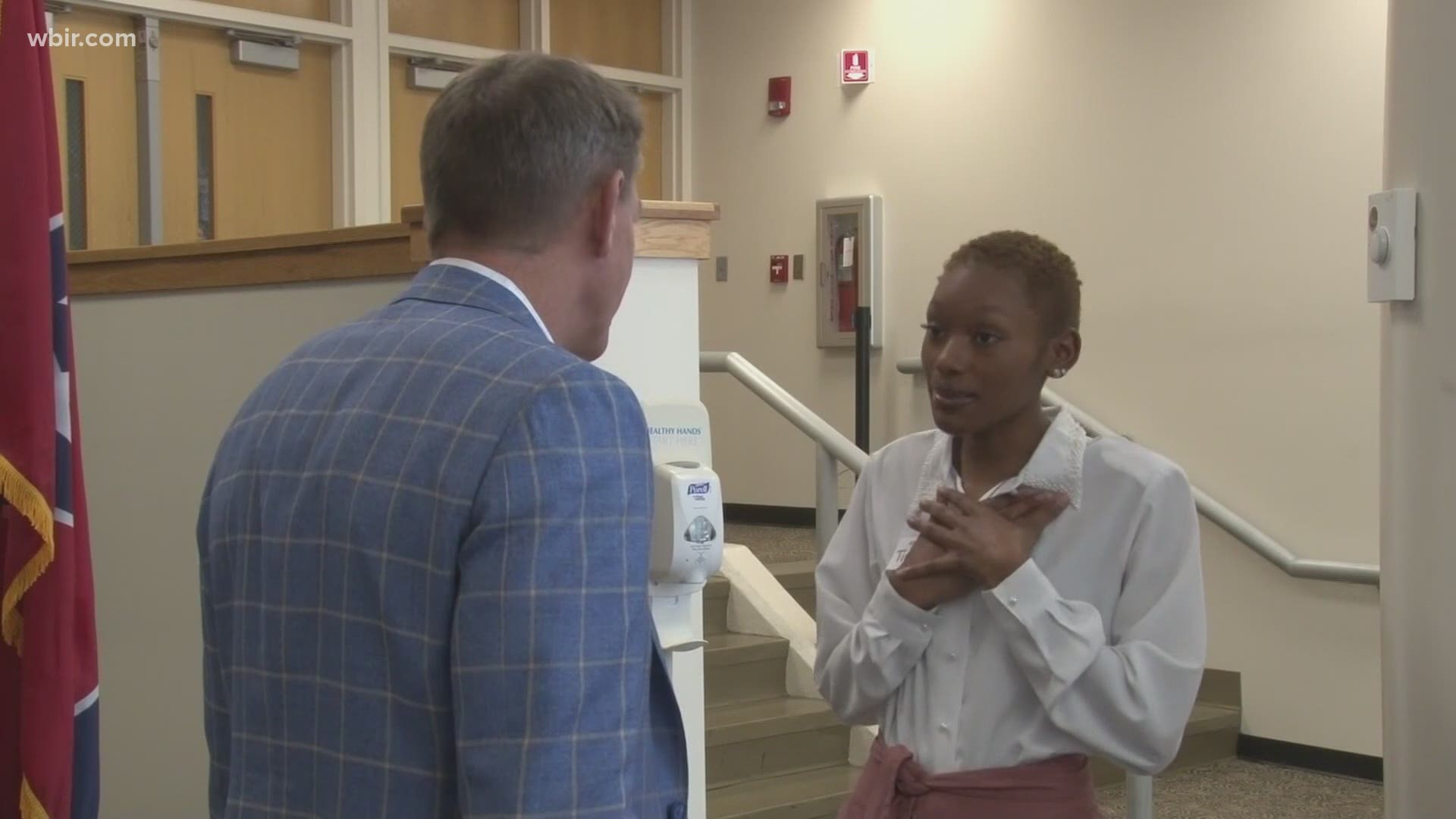 KNOXVILLE, Tennessee — Tennessee was the first state to open the door for free community college more than a decade ago. Now, President Joe Biden and his administration are trying to do just that but on a national level

Executive Director of TN Achieves Krissy DeAlejandro said it was more than leveling the playing field but giving hope.

“It was to ensure that every student could go home and say college is for me, I am college material, I am built for college,” DeAlejandro said.

Opening doors and giving hope is exactly what the last 13 years have been all about.

“We talk to the parents who weep because they never thought they would be able to afford to send their students to college. We talk to students who say time and again, college would have never been an option for me had it not been for TN Promise,” DeAlejandro said.

Fast forward more than a decade and what they’ve been doing has now become a top priority for President Joe Biden, making community college free.

“It really is how to start to transform the life, the family, community and our economy by investing, investing in people, every child as the capacity to learn,” Biden said in a speech as he takes his economic plan across the country.

DeAlejandro said a move to nationalize this idea would be a game-changer, taking what Tennessee has done and giving that same chance to kids across America.

“This idea of hope this idea of increased access and affordability and the idea that college is for all I mean that’s a pretty incredible message and not something that was talked about even 10 or 15 years ago,” she said.

She said when the opportunities are presented, students succeed.

“Well the door is open and students flourish; they realize they can do this and maybe they need some help along the way, but they learn how to advocate for themselves,” DeAlejandro said.

She emphasizes that it goes beyond funding. It will take guidance as well to make sure the kids see through their potential.

“if you only fund and don’t provide the support you really won’t see the game-changing results that we’ve had in Tennessee,” she said.

TN Achieves is now working not only by sending kids to colleges and technical schools, but making sure they have the resources once they arrive through more focused and consistent guidance.