University officials also announced that the award amounts have been increased for some previous in-state scholarships. 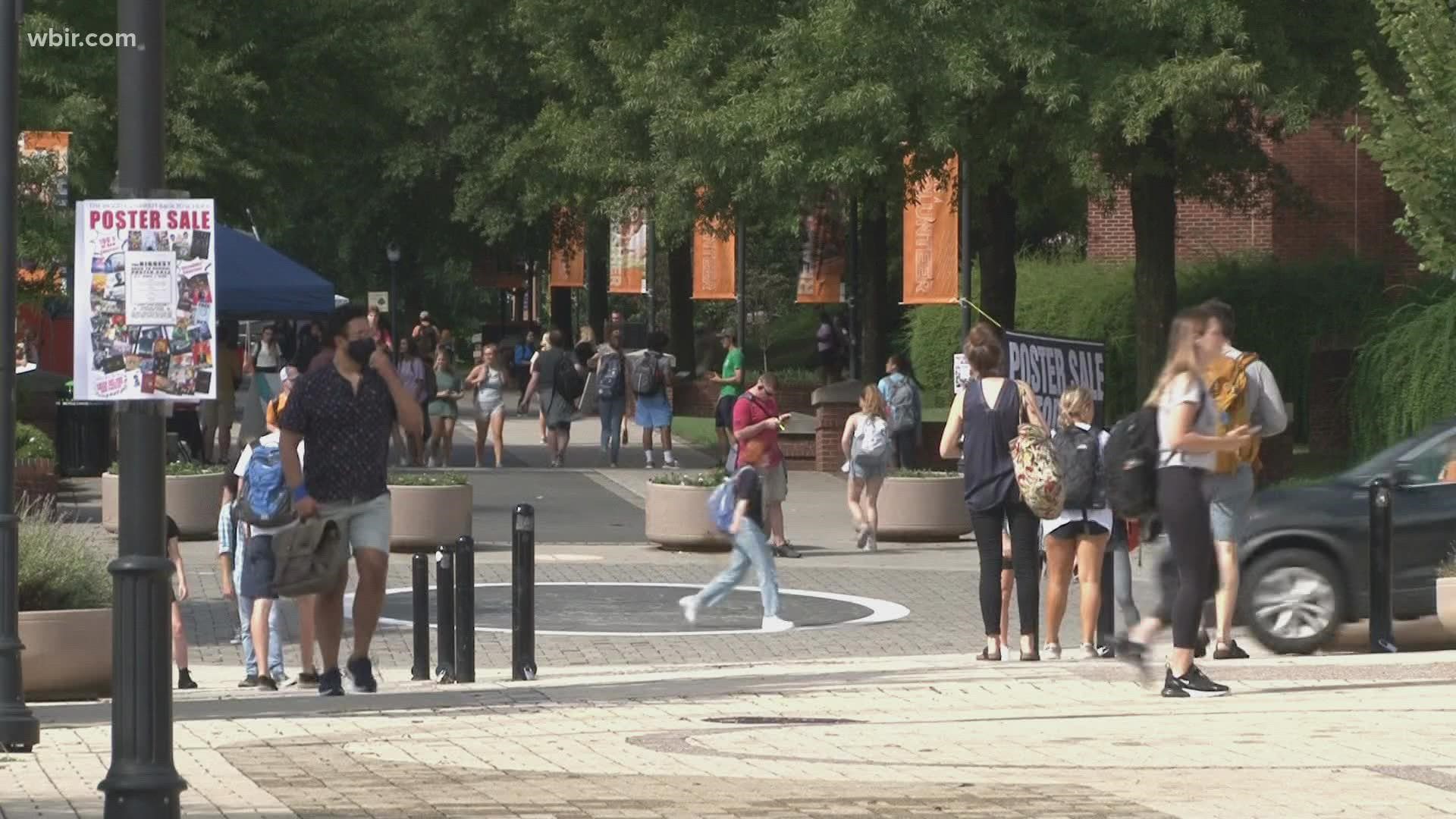 KNOXVILLE, Tenn. — Many students look forward to leaving home and experiencing college in another state. However, there are tons of other students who prefer to stay near home.

They announced the new Distinguished Tennessean Scholarship, which pays for tuition and mandatory fees for one student from each of the state's 95 counties. Students must perform well academically and engage with their county or state. To qualify, they need a minimum 3.2 core weighted GPA score.

Officials also announced the Orange and White Scholarship. Incoming, first-year students need a minimum 3.6 GPA score to qualify for the scholarship, officials said. Students must also start college the fall semester immediately after they graduate high school. It provides an annual award of $1,500.

The Tennessee Connect Scholarship was also created to help first-year students with families that have an adjusted gross income is between $50,000 and $70,000.

“We do not want finances to stand in the way of Tennessee students getting a world-class education and experiencing what it means to be a Volunteer on UT’s campus," said Chancellor Donde Plowman.

The scholarship provides $2,000 annually and is good for 4 years. It can be combined with the Tennessee HOPE Scholarship, officials said. They said that students must start college in the fall semester immediately after graduating from a Tennessee high school.

The value of the Volunteer Scholarship also increased, officials said.

“By increasing UT’s financial investment in Tennesseans, we proactively serve the next generation of Volunteers in new and important ways that recognize and reward what it truly means to be a Vol,” said  Kari Alldredge, the Vice Provost for Enrollment Management.

The University of Tennessee will also waive the application fee for in-state students who apply before September 17, officials said.