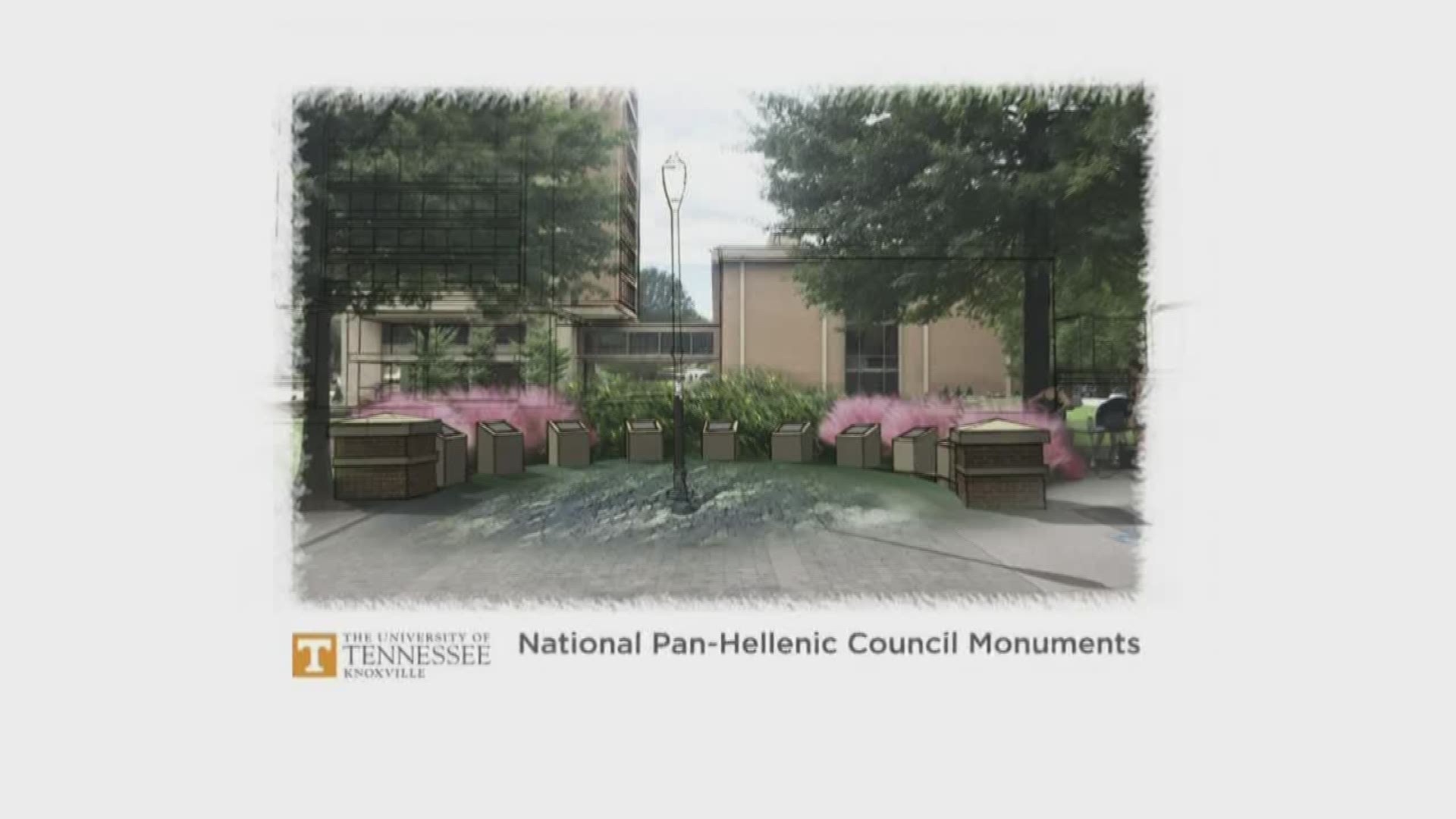 KNOXVILLE, Tenn. — When Camille Hutchin Curry came to the University of Tennessee in the late 1970s, the women of the Alpha Kappa Alpha Sorority Inc. became her family.

At the time, she said they were a small group, but coming from Memphis, it helped her make Knoxville home.

On Saturday, she returned to UT for the groundbreaking ceremony of the National Pan-Hellenic Council monuments.

"To have them recognize all the Divine Nine is just absolutely awesome," Hutchin Curry said. "It brings back great memories of when we were on campus, how we all bonded and how we all support one another. It's just a tremendous blessing for this to happen."

Credit: University of Tennessee
A rendering of the NPHC monuments at UT.

Each of the nine monuments will represent one of the historically African-American sororities and fraternities on campus, UT said.

"Our chapters promote cultural celebration, academic achievement, political awareness and social justice," Chancellor Donde Plowman said. "My top priority for students is for them to know that they matter on our campus and that they belong."

The NPHC has influenced generations of UT students. Myles Guyton, a current student, said he joined Kappa Alpha Psi because he shared many of the same values.

"[These monuments] let them know how much hard work that we've put in over the years," Guyton said. "We've done some great things. We've made some great strides."

RELATED: Father-son drum major duo will take the field for the Pride of the Southland Band's 150th anniversary

These new monuments will be a testament to that progress.

"As we create a community where everyone matters and belongs, this is a visual representation of diversity and inclusion on our campus," Vice Chancellor for Diversity and Engagement Tyvi Small said.

The representation is something Te'Lor Allen, a current member of the NPHC at UT, is excited about.

"I hope that with these monuments that people can realize that we are not only an organization, but a business in itself," Allen said. "We're here to make impact and to change the culture around us and the community around us."