A spokesperson said the university is addressing the image directly with the student involved. 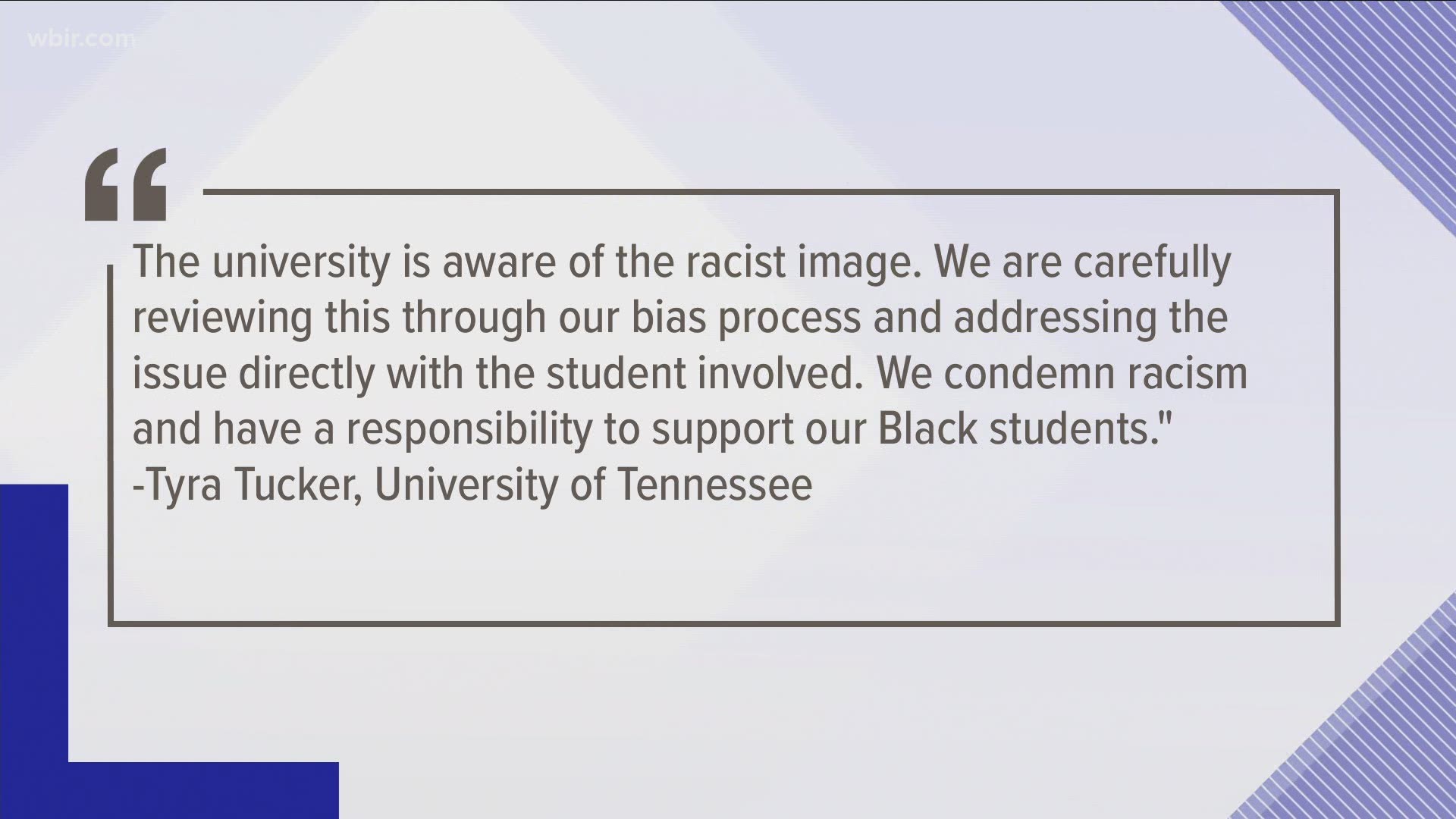 KNOXVILLE, Tenn. — Officials with the University of Tennessee on Friday said they are aware of a racist image posted on Instagram by a student. The caption on the image implied the student could use racial slurs because of it.

A spokesperson said they were carefully reviewing the incident and the university's bias process. They said they were addressing the image directly with the student involved.

10News chose not to show the offensive photo to prevent the spread of unnecessary hate.

There were two other incidents of racism at UT in June. On June 4, the athletics department decided against allowing a student to join the cheerleading team after a video was revealed of her using racial slurs.

On June 11, university officials also said that a student was no longer enrolled at UT after a "violent and disturbing" video was found of him. When they first found the video, UT officials said they notified the police.

"We must do better," Chancellor Donde Plowman said in a release following the death of George Floyd. "Vol is a Verb, and action is important. We will continue the hard work to create a campus where everyone matters and belongs. Where anyone can study, work, learn, teach, jog, and live their daily life without fear."

No information is currently available about specific actions officials may take, or the identity of the student. This story will be updated as more information is available.

RELATED: Student no longer enrolled at UT after 'violent and disturbing racist' video