Plowman said the goal is to look at the campus as a whole when identifying where the highly contagious virus might be. 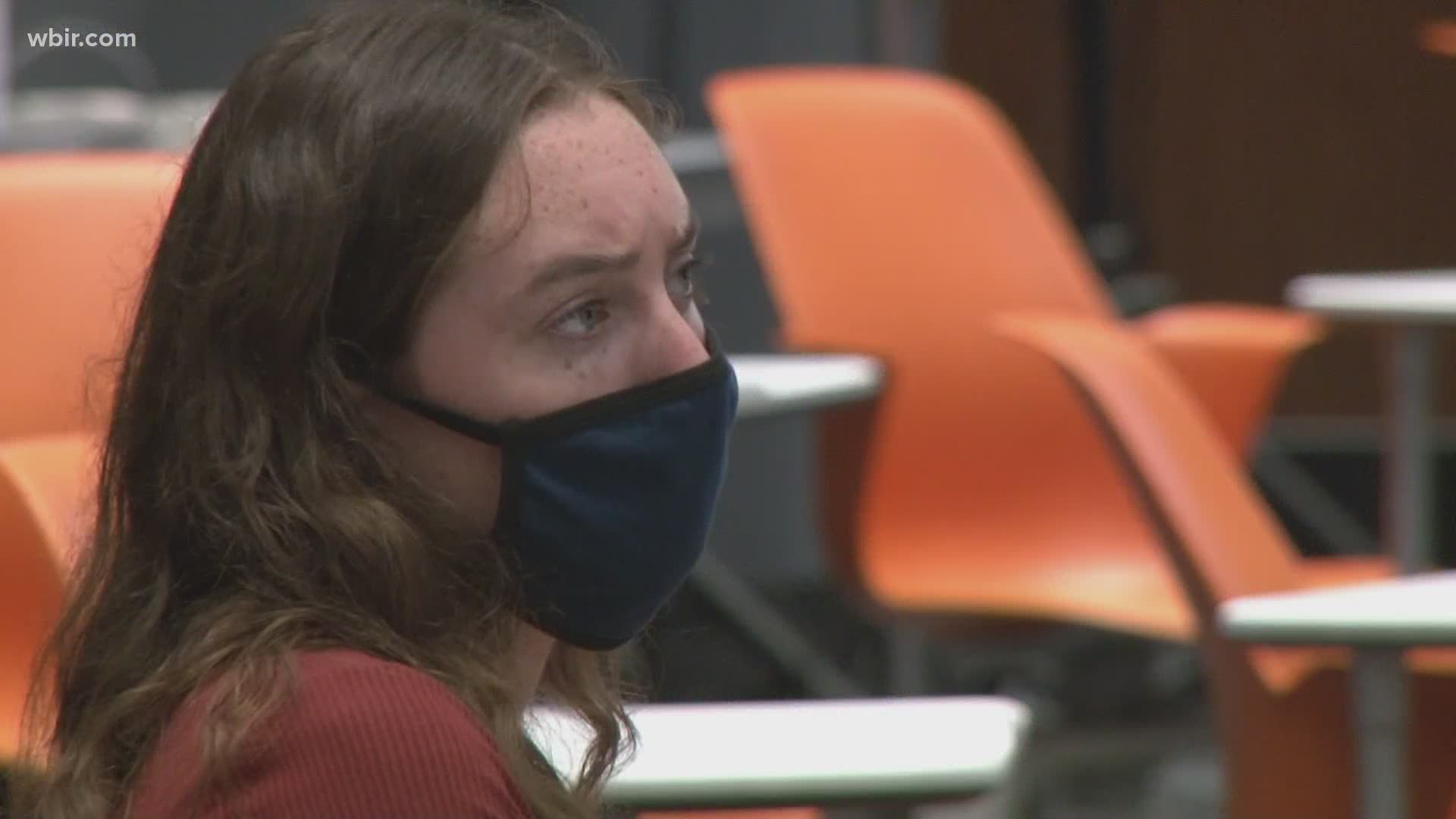 KNOXVILLE, Tennessee — The University of Tennessee is shifting to more aggressive testing to track the presence of COVID-19 in all campus housing, Chancellor Donde Plowman said Friday.

"It's really because of the clusters we've seen on campus that are moving us in that direction," Dr. Spencer Gregg, director of the Student Health Center, told Plowman during a live, online briefing for the campus community.

Plowman said the goal is to now look at the campus as a whole when identifying where the highly contagious virus might be.

This month a handful of clusters of students with the virus have turned up at sororities, and this week UT announced a cluster had been detected on the second floor of White Hall, a dormitory. 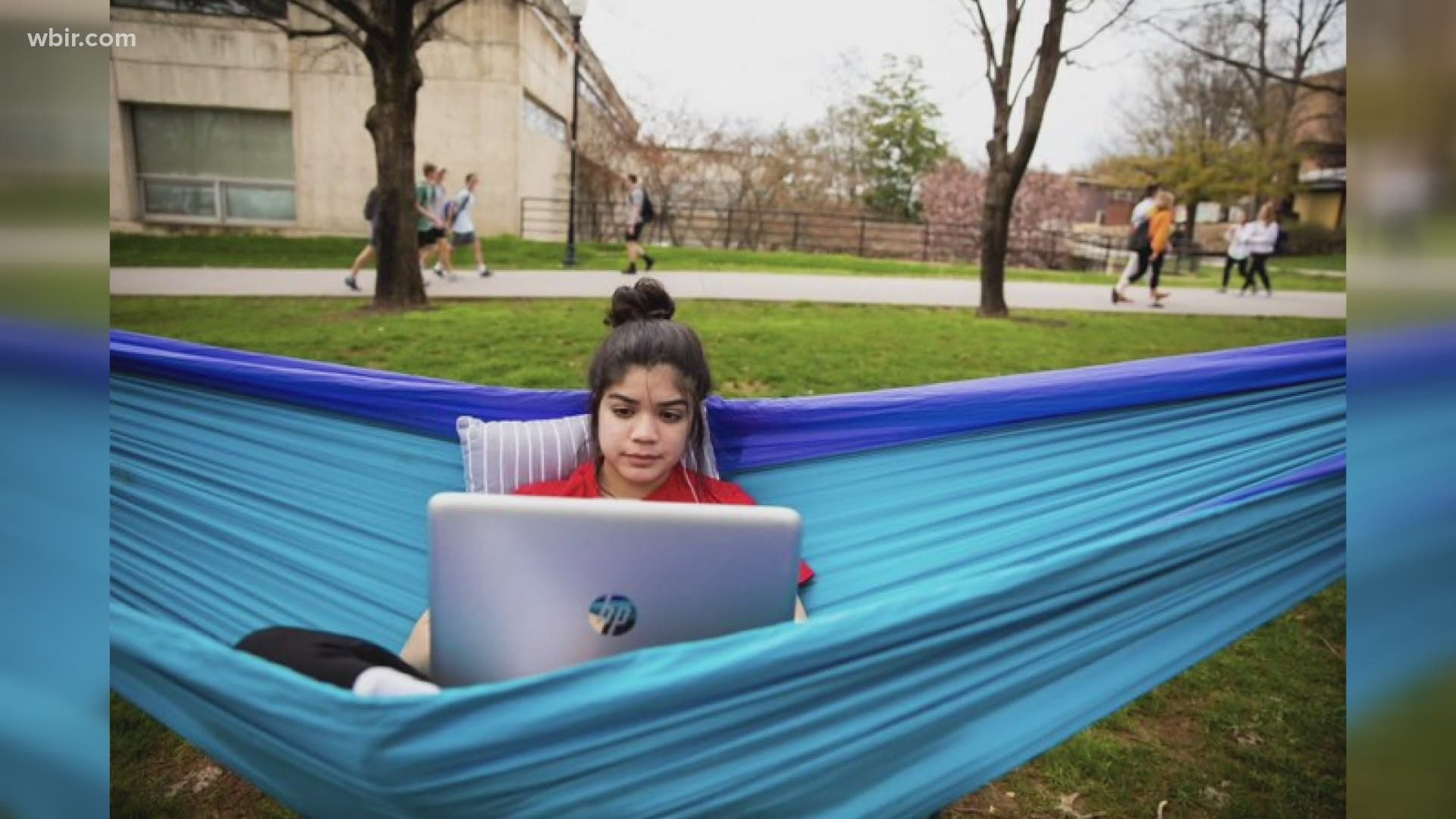 Plowman this week also called out fraternities who she said might be being "reckless" about following safety guidelines.

It's time now to do more than just test students who think they may be sick, officials said. Plowman said the university will try to identify developing virus

One step UT will begin is testing for genetic evidence of COVID-19 in the wastewater from housing, Gregg said. Plowman has mentioned several times the method was planned.

Focused efforts will include pooled saliva testing of students, Gregg said, to help identify groups or individuals that are at greatest risk of getting infected or who may be unwitting carriers. 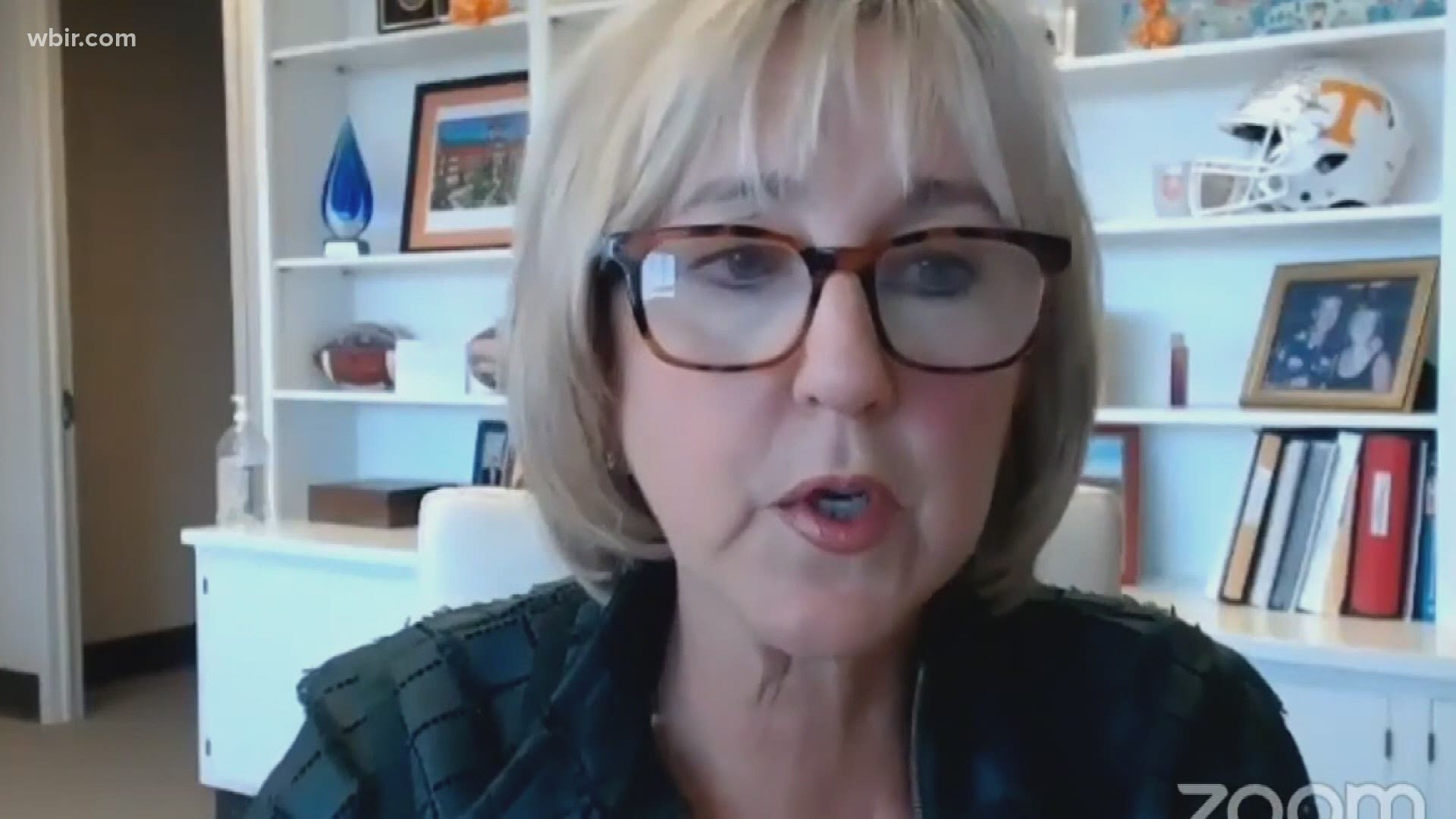 Kits to gather saliva samples will be issued to students in individual housing, Gregg said. Plowman said residence hall directors and house directors will be notified in advance that the testing is going to be conducted, and students will be instructed on how to use them.

Focused building testing won't happen all at once; it'll occur building by building, the chancellor said.

Gregg said perhaps starting Friday, or by the weekend, health officials should have a better idea if there's been a case spike related to the Labor Day weekend.

UT Knoxville held classes Monday, a holiday, and Plowman said she hoped having students attending to their studies then helped to control a potential spike.

On Thursday, the university announced new restrictions to help stop the spread of the virus that include no visitors to dorms and only carryout food service from dining halls.

The restrictions will remain in place until at least Sept. 27.

In-person classes will continue, Plowman said, because there's no evidence of spread from people sitting together, safely distanced, in classroom settings.

The most likely ways students can be exposed to the virus are from being close together in confined spaces without masks such as in cars, dorm rooms, crammed apartments, and someone's home, Plowman said. She didn't address bars where students might go to socialize.

"It's inconvenient, it's hard, it's not fun, it's not what college is usually about," the chancellor said.

But, she said, it's necessary to preserve the on-campus experience this semester.