Officials said large gatherings endanger the health, safety and welfare of the UT community. Hosting them is a violation of the university's Code of Conduct. 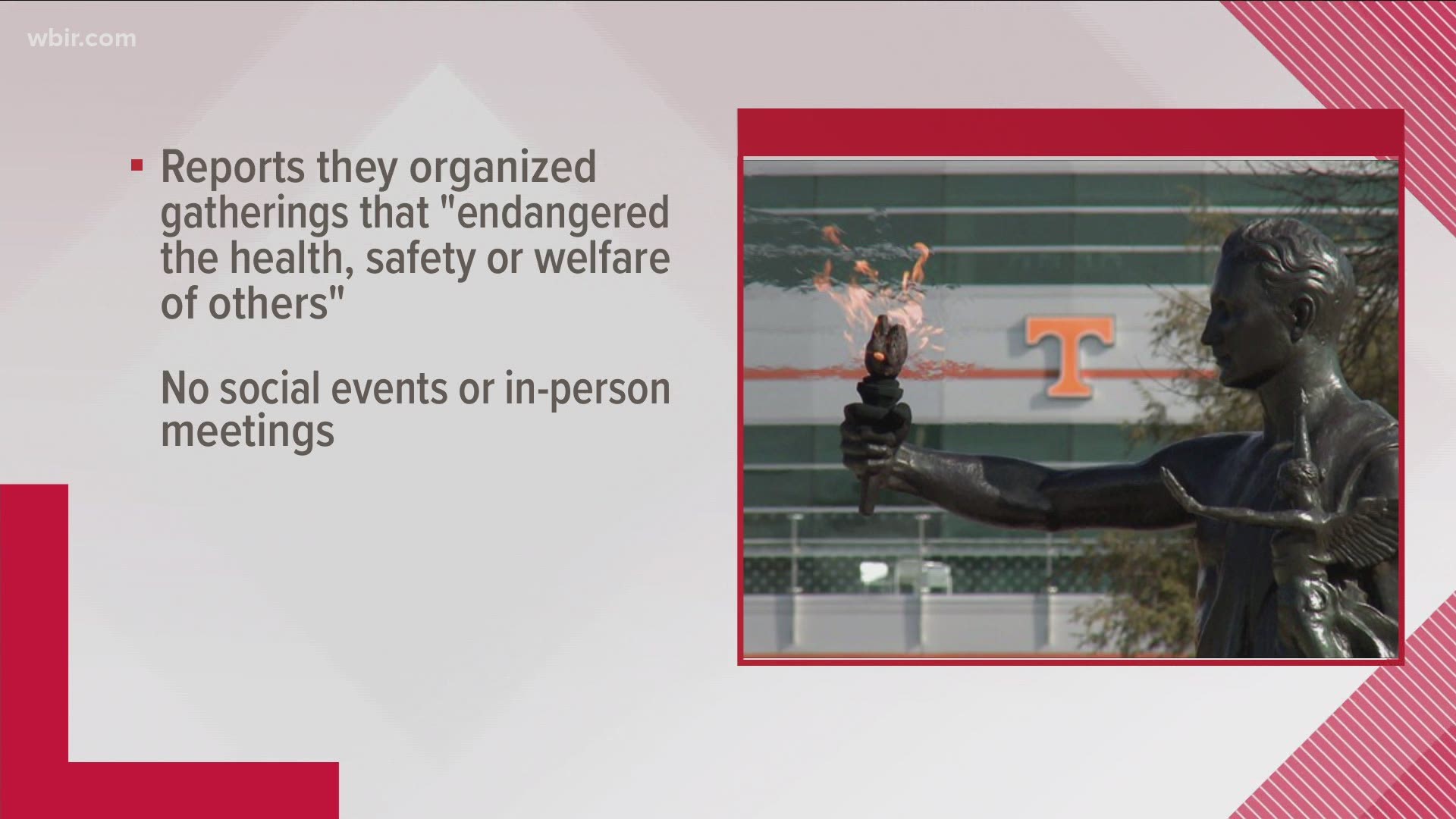 KNOXVILLE, Tenn. — Officials with the University of Tennessee said that six student organizations were placed on interim suspension Wednesday, after receiving reports that they held large gatherings.

The gatherings endangered the health, safety or welfare of others, according to a release from UT officials. By holding the gatherings, officials said that the organizations did not comply with the Student Code of Conduct.

They also said the gatherings violated the university's COVID-19 health and safety guidelines for events held both on-campus and off of it.

On Aug. 18, UT Chancellor Donde Plowman said that the university won't hesitate to expel irresponsible students who hold large gatherings. She said that students need to act with compassion and consideration for others, and must follow all precautions for social distancing.

On Monday, officials said that four students will face disciplinary action for not following COVID-19 safety guidelines. Three of the students hosted off-campus parties with no social distancing or consistent mask use. The fourth student knew they were positive for COVID-19 but left isolation to gather with other students off-campus.