UT reviewing all Greek plans for housing students in quarantine, self isolation

UT Chancellor Donde Plowman said some "bumps" have surfaced in how sororities, fraternities are responding to COVID-19 cases. 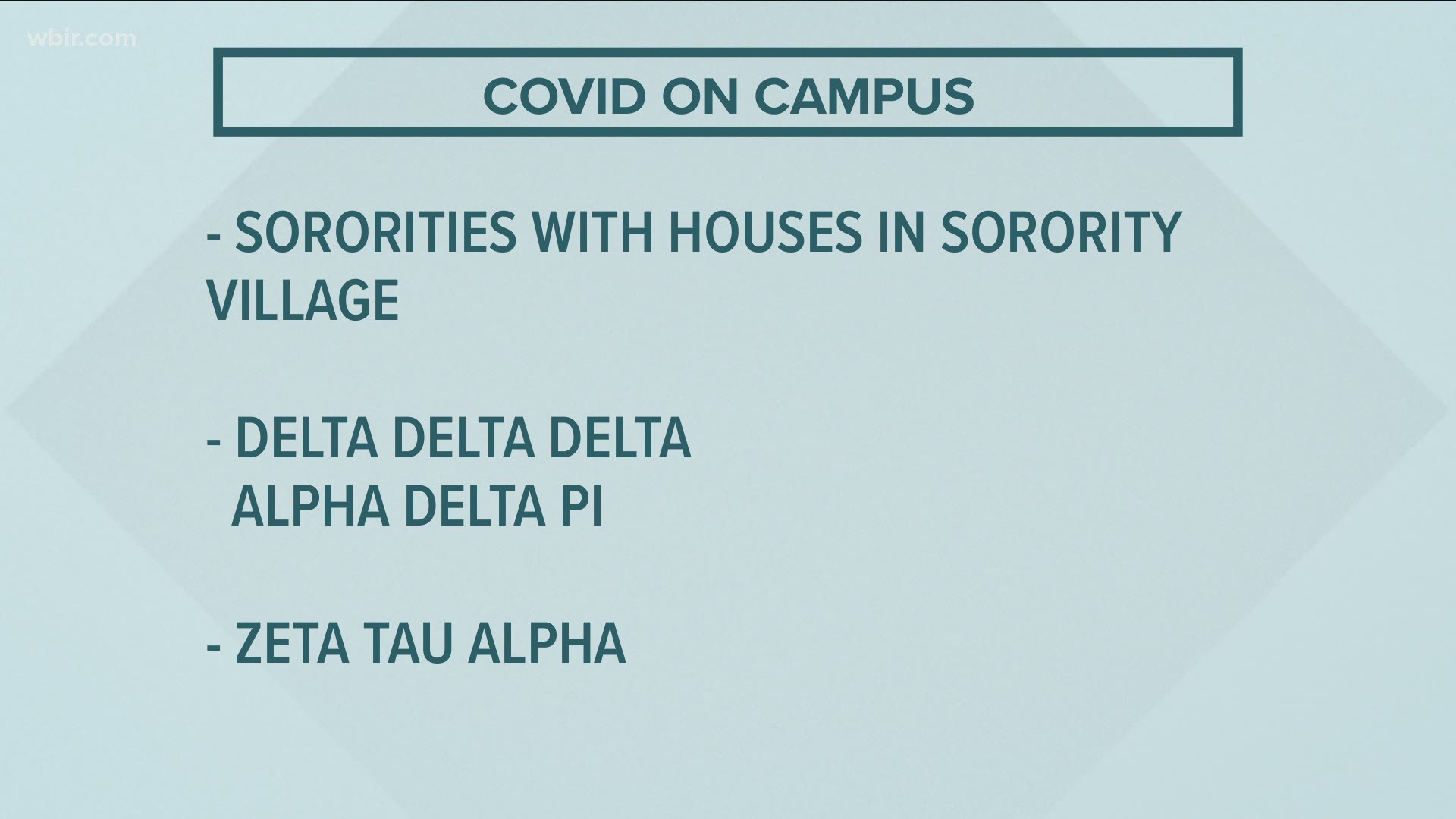 KNOXVILLE, Tennessee — A breakout of several COVID-19 clusters at sororities is prompting the University of Tennessee to review how all of the Greek community plans to address housing when a member becomes infected or is exposed to the virus, UT Knoxville Chancellor Donde Plowman said Tuesday.

"We've had a few bumps in implementing those plans, to be honest with you," Plowman said Tuesday morning during an online update for the campus community.

Starting Tuesday, she said UT Health Center Director Dr. Spencer Gregg and Vice Chancellor Frank Cuevas would review each plan proposed by fraternities and sororities to ensure they adequately address moments when positive cases or exposure are reported at a fraternal house.

Interim restrictions for Chi Omega were lifted after an appeal of the interim suspension, officials said.

Contact tracers are now working to identify everyone who may have come into contact with a positive carrier.

This summer, every fraternity and sorority submitted a plan for how they'd house people affected by a potential outbreak. Specifically, each plan was supposed to address how a house would provide quarantine or isolation space for any student when a positive case turned up.

This week they'll get further scrutiny.

When someone tests positive in the house, because of the nature of fraternal living, it's assumed everyone has been exposed, Gregg has said. 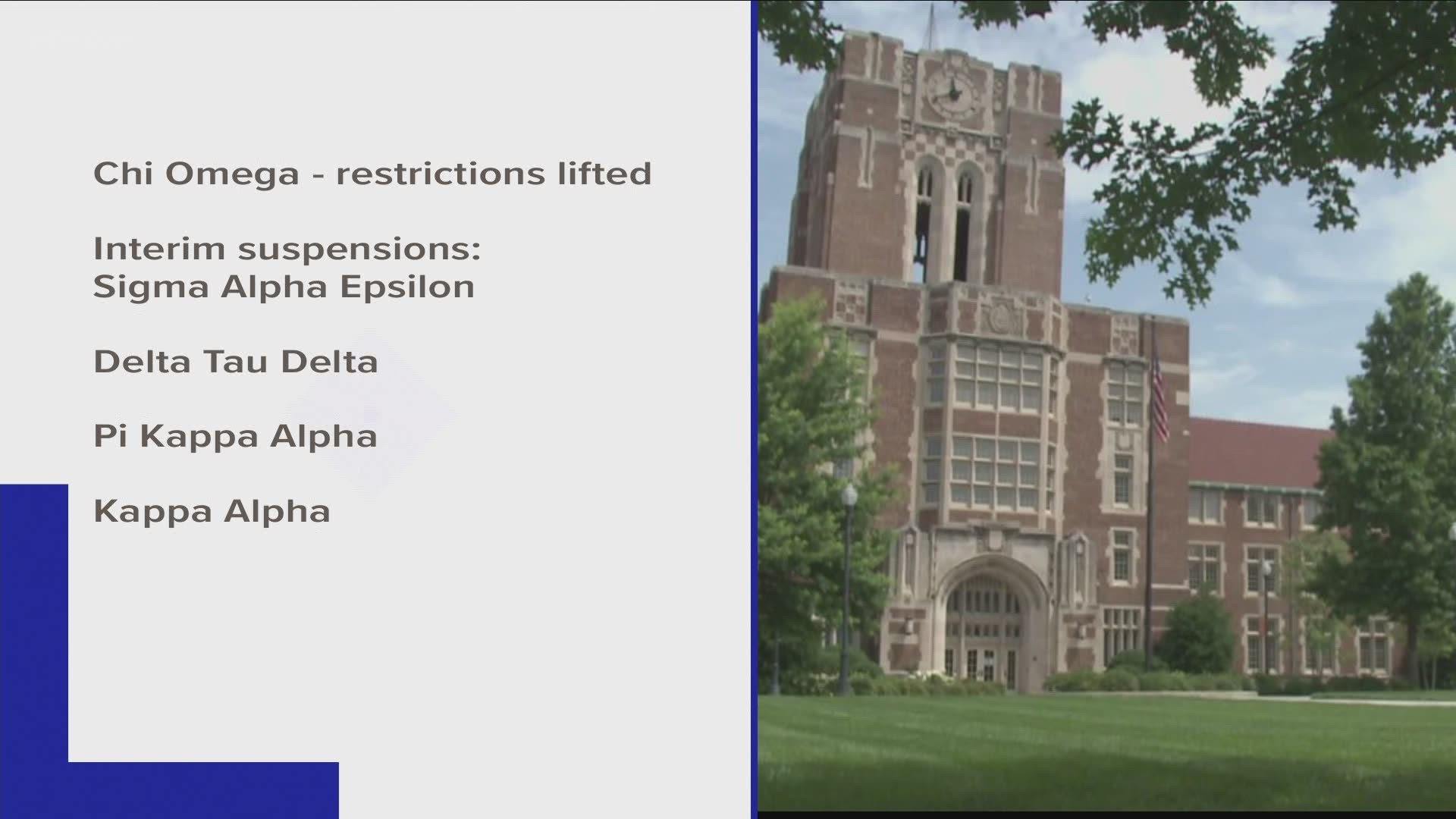 "We will work with each sorority and fraternity house to ensure there are plans in place that address the proper health and safety standards, and that can allow house members to quarantine or self isolate in their houses if they choose to do so," Plowman said.

UT is working to follow county safety guidelines, she said.

Also as of Monday night, there were 198 active virus cases in the UT community, all but five of whom were students.