"The time is past for "hearing" students," a letter from UTK SGA reads. "Real and sustained action is the demand." 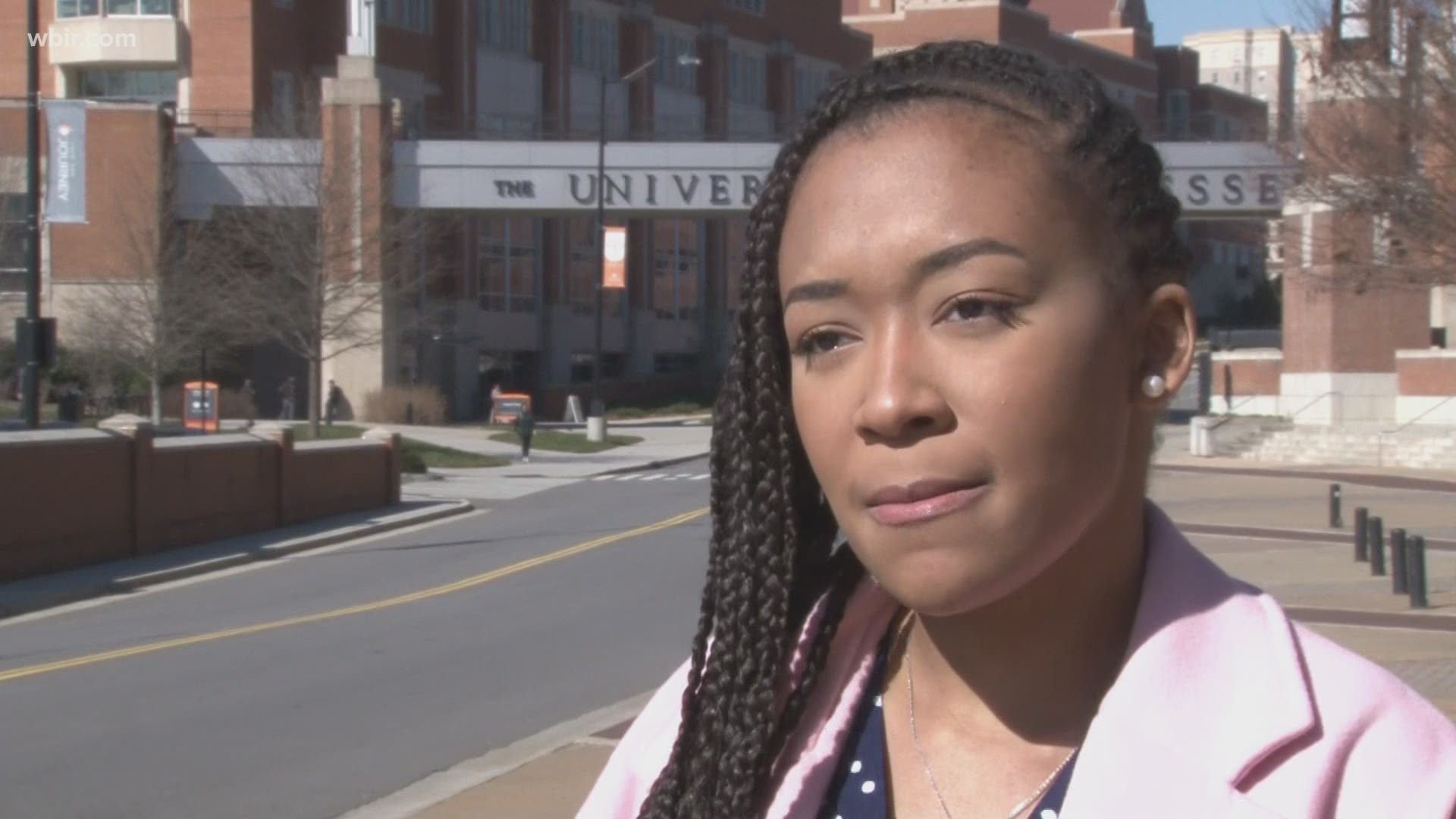 KNOXVILLE, Tenn. — Eleven student groups at the University of Tennessee are all calling on the school's leadership to fire a lecturer who wrote a racist acronym on a whiteboard during class.

Officials with UT are apologizing after this incident in an Africana Studies class during a discussion about the complexity of language in the context of race relations.

They said on Thursday that college leadership was talking with students and faculty members about the incident and that they were working to fully understand the situation.

Students made clear in a letter posted to the UTK Student Government Association's Twitter account Saturday that they don't want talk, they want action.

You can read the entire text of the letter in the Tweet below:

Use the email template in our bio to contact university leadership to demand change and hold them accountable for their actions. pic.twitter.com/7nszs7PYAJ

"Racism is as much a UTK tradition as the checkerboard," the letter starts.

It goes on to recount the situation in the Africana Studies class, and state that several students reported this lecturer to university bias reporting for a past assignment "instructing her lass to recreate the experience of 'enslaved African Americans who endured the Middle Passage.'" The letter said the reports were ignored by the university.

The letter then talks about how the students feel UTK leadership's response to racism on campus is "lackluster."

It asks for the termination of the lecturer, bias and anti-racist training for new and existing staff, a review of the lecturer's curriculum, and that bias reports filed be taken seriously and acted upon immediately.

The letter is signed by the SGA, UT's chapter of the NAACP, the Africana Studies Student Association, the Black Cultural Programming Committee, the National Society of Black Engineers, the Progressive Student Alliance, the Brothers United for Excellence, Students for Migrant Justice, the Black Student Union, the Women's Coordinating Council, and the Muslim Student Association.

They encourage other students to "continue amplifying your voices" and contact UTK leadership with their stories and concerns.

The acronym in question is also the name of a song by Tupac, a renowned rap artist. Officials said the faculty member has focused their research on Hip Hop and Africana Studies. The class discussion included another one of Tupac's songs.

"The 'take-away' message was not supposed to be the acronym, but the context in which Tupac devised it—to counteract racially-oppressive acts such as treating people discriminatorily and suppressing their fullest potential," officials said in a release last week.

Officials with the Africana Studies program also said the lesson was about how complex language can be in any form and the significance of race, politics and cultural appropriation when using language. They said the lesson was rooted in knowledge about the power dynamics of race and the history of race relations.

They said that it would be disingenuous to the body of knowledge in Africana Studies if they did not engage in those concepts.

"People will be unsettled and uncomfortable with the hard truths of our discussions, but we also want to be cognizant and tone-hearing of (re-)traumatization to communities that have faced trauma, over time," officials with the program said in that release.

Officials with the university said that they were still gathering information about the incident and that additional actions could be taken.