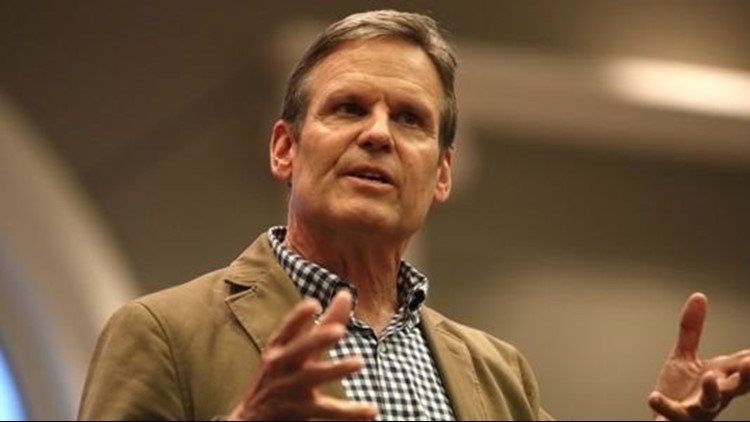 What will education in Tennessee look like under Bill Lee? Here's what we know

Ideas that Lee endorsed heavily, like vouchers for students to use public dollars to attend private schools, will require a legislature that's on the same page as the governor. Whether he will have enough support for such initiatives remains to be seen.
Author: Jennifer Pignolet (Memphis Commercial Appeal)
Published: 10:14 PM EST November 9, 2018
Updated: 10:14 PM EST November 9, 2018

With the election of Bill Lee to the governor's officeTuesday night, Tennessee will likely see a continuation of a majority of his predecessor's priorities in education.

Some areas remain a mystery, including the future of the state's program for taking schools away from their home districts and turning them over to charter networks to improve.

Ideas that Lee endorsed heavily, like vouchers for students to use public dollars to attend private schools, will require a legislature that's on the same page as the governor. Whether he will have enough support for such initiatives remains to be seen.

Lee had the backing of Shelby County Schools Superintendent Dorsey Hopson, the leader of the state's largest school district. But Hopson's district, along with Metro Nashville Public Schools, is also suing the state to put more money into schools. Whether Lee's election will mean more funding is unknown, although education advocates are hopeful.

Much will also depend on Lee's choice of education commissioner. Lee, a businessman, has little experience in the education arena.

Likely the first issue Lee will have to tackle in education will be the future of TNReady testing, the online portion of which imploded last year. By the time Lee takes office, there will be a mere few months before students take the tests.

"We need to look at the testing environment and make sure that it is one that is conducive to teachers' abilities to teach, and I want to continue the dialogue that Governor (Bill) Haslam has begun with teachers and parents around how it is that we can improve the testing," Lee said.

Haslam recently conducting a listening tour across the state with educators, and the state Department of Education is implementing changes, including providing districts with easier access to technology such as laptops.

Tennessee Education Association President Beth Brown said the union is in agreement with Lee on the importance of improving the state test.

"TEA supports Lee's statements on having a transparent and meaningful review of the issues with TNReady and how the state can improve on how student and teacher performance is measured," Brown said in an emailed statement.

The union, however, doesn't see eye-to-eye with Lee on his support of vouchers.

Legislative efforts to pass a voucher bill have popped up nearly every year in the last decade to no success. The state's two largest school districts have long argued that vouchers deplete the public schools of students and money, further exacerbating funding issues while rescuing only a few students — for no guarantee of a better education.

Grinter, whose organization lobbies for vouchers, said he anticipates voucher advocates to push hard again this session for such a bill. But just because Lee supports vouchers doesn't guarantee their passage, he said. Circumstances the last few years were favorable for such a program but never garnered the necessary votes.

"We have a new legislature," Grinter said. "I think it's really going to be telling once we get into session and these newcomers really start to wrap their heads around what does private choice look like."

The ASD was conceptualized under Gov. Phil Bredesen's administration but it came to fruition and expanded significantly under Haslam's.

It's a program baked into state law, including Tennessee's federally approved plan to comply with the Every Student Succeeds Act, but the governor has authority over the ASD's leadership and could influence long-term plans for expansion.

Haslam recently appointed former Shelby County School's turnaround leader, Sharon Griffin, to head the ASD, which operates most of its schools in Memphis.

The ASD, at seven years old, hasn't seen the widespread growth it promised. But Haslam and Education Commissioner Candice McQueen promised a renewed approach under Griffin.

Grinter said Lee hasn't yet tipped his hand on his feelings about the controversial ASD.

"It will be interesting to see how this governor really views the idea of charter expansion," he said.

Career and technical education a focus for Lee

Hopson said Lee's focus on career education aligns with the school district's efforts to redesign its offerings in Shelby County. The district spent $8 million this year to revamp programs in areas like heath care.

"This has been a huge focus area for SCS over the last year and I believe that we can make huge strides in providing better opportunities for our students to be career ready when they graduate," he said in a statement.

Hopson said he believes Lee will be "pragmatic and open-minded."

"I am excited about Bill Lee’s sincere commitment to continuing the positive momentum in education that we have seen in Tennessee over the last few years," Hopson said.

Lee has voiced support for the idea of arming teachers with guns to improve school safety.

That idea has received little to no support from teachers and school leaders in Tennessee. Two weeks after the school shooting in Parkland, Florida earlier this year, McQueen said she had "not talked with any teacher who says they want that."

Hopson and the teachers' union have also come out against the idea.