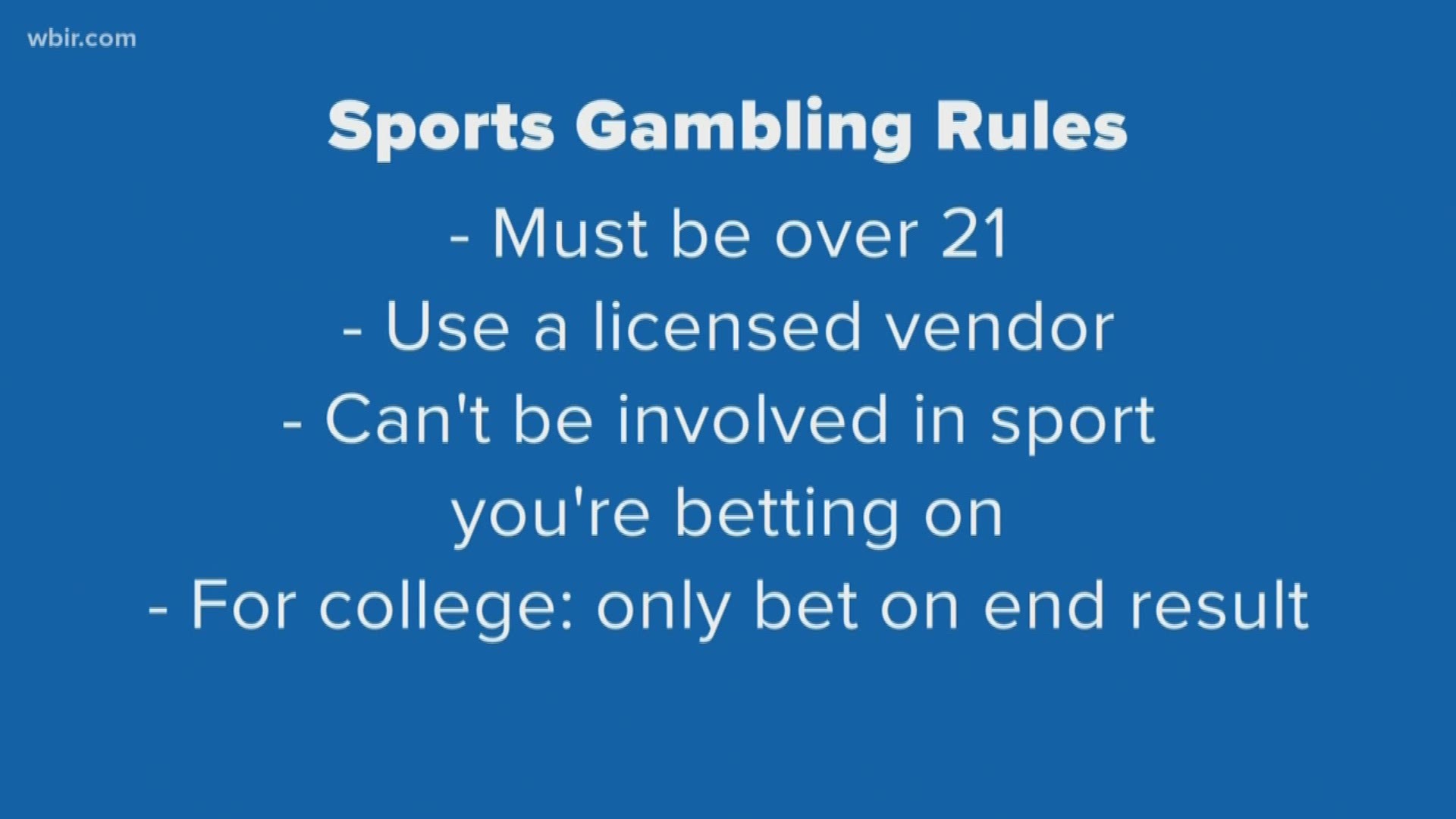 Casada stepped aside as the GOP-controlled House leader last Friday following a long series of scandals involving explicit text messages about women. The weeks building up to his resignation were spent mostly out of public view, with Casada avoiding legislative meetings and reporters.

However, after helping back legislation legalizing sports betting in Tennessee during this year's legislative session, Casada appointed two members on Aug. 1 to the newly enacted council tasked with overseeing mobile and interactive sports gambling for people 21 and older. The appointments were made without publicity and Casada resigned the following day.

"I am confident that you will perform the duties of the office with the high standard of professionalism, dedication, and integrity and the citizens of Tennessee deserve and expect of their public servants," Casada wrote about both men.

Under the law, the council is supposed to be composed of nine members, with three people appointed by the governor, three by the speaker of the Senate and three by the speaker of the House. There's still no indication of when the first sports wagers will be placed in Tennessee, where the law requires the council appointments and creation of regulations.

It was not immediately clear why Casada only picked two members. However, that means, Rep. Cameron Sexton — who is the nominee to be officially replace Casada as speaker — will likely be in charge of finding a third person. Both lawmakers voted for the bill, which only passed narrowly.

Casada had been dogged by calls to resign since it was revealed he exchanged text messages containing sexually explicit language about women with his former chief of staff several years ago, among other controversies.

The GOP caucus had voted in May that they no longer had confidence in the Republican's leadership. Casada, however, only agreed to resign in August after saying he wanted to step aside on his 60th birthday.

RELATED: Betting on the Vols? Yes, but there are some rules

Gov. Bill Lee has yet to appoint anyone to the commission despite the law taking effect on July 1.

When pressed by reporters, Lee said he had been given a wide selection of names and was not slowing down the process even though he has repeatedly said he's against expanding gambling in Tennessee. He let the bill become law without his signature.

Tennessee is the first state in the nation to enact legislation allowing sports betting without brick-and-mortar locations. Backers of the law say it is projected to bring in more than $50 million annually.