The country star's third Ole Red restaurant and entertainment venue is set to open in Gatlinburg in March of 2019. 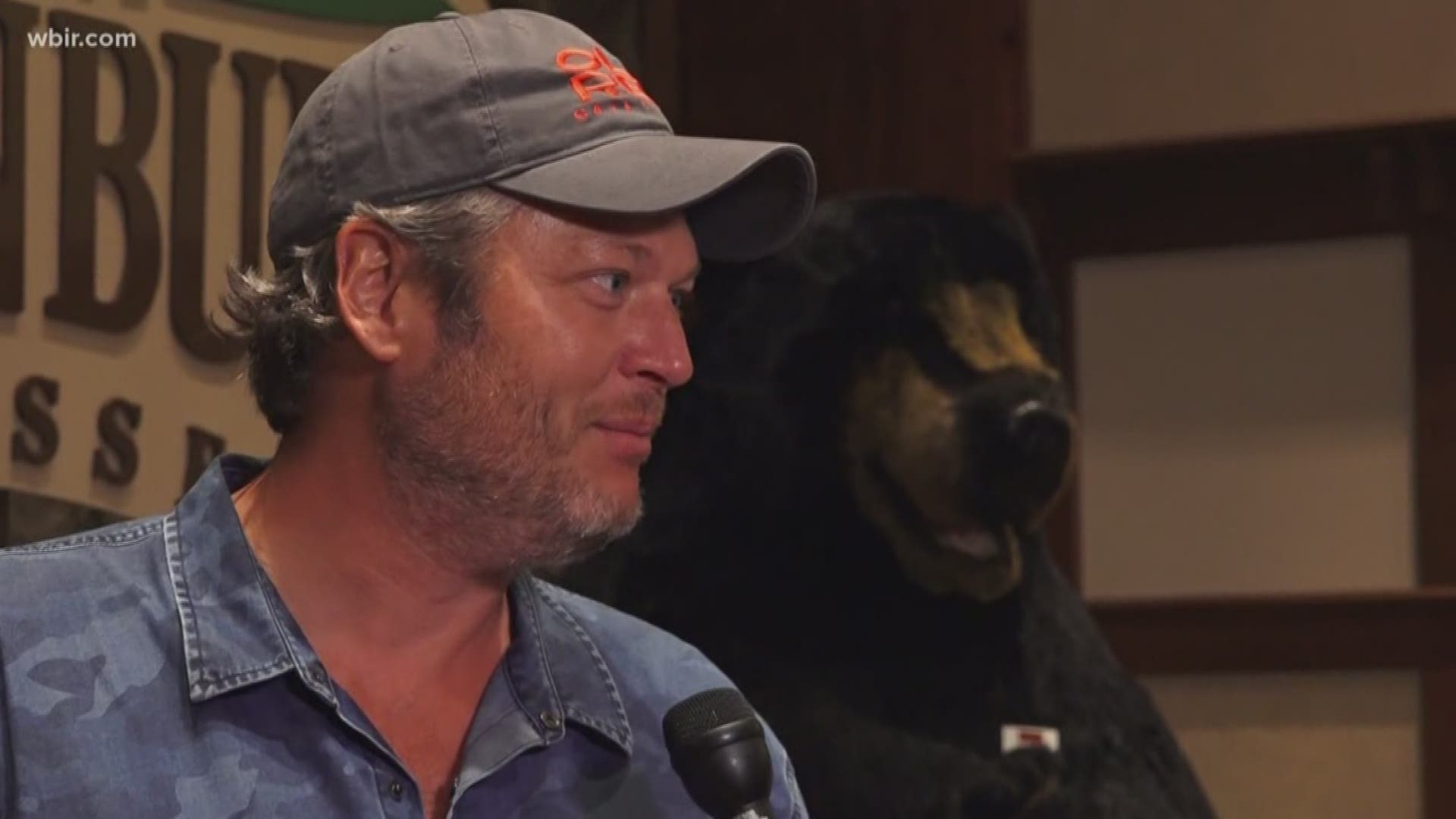 Gatlinburg — County music superstar Blake Shelton plans to perform at his Ole Red restaurant, coming next year to Gatlinburg, and hopes to bring other great talent in as well.

Shelton was at the future home of the restaurant, located at 511 Parkway near Margaritaville, on Tuesday. It will be the third location for Ole Red. The original opened in his hometown of Tishomingo, Oklahoma in 2017, and one opened in Nashville in May.

Shelton and his partners said they hope to open the restaurant in March 2019. The $9 million, multi-level 16,000-square-foot entertainment venue will feature a two-story bar and restaurant, retail area, performance space, dance floor and exterior terrace.

The menu will feature a few Nashville classics like Hot Chicken & Waffles as well as BBQ, burgers and additional Southern favorites.

Along with the food, they'll serve up plenty of live music. Shelton said he hopes it will be a place to showcase some of the talent he mentors on NBC's The Voice.

He thinks Gatlinburg already has plenty to offer, but hopes Ole Red will really add to the nightlife in town.

The restaurant will employ more than 200 people, and they are hiring. You can get more info here.