Chattanooga natives recall filming with Chadwick Boseman on set of '42'

In the 14 days of filming at Engle Stadium, Miller told Chattanooga NBC affiliate WRCB he was moved by Boseman's knack for his craft. 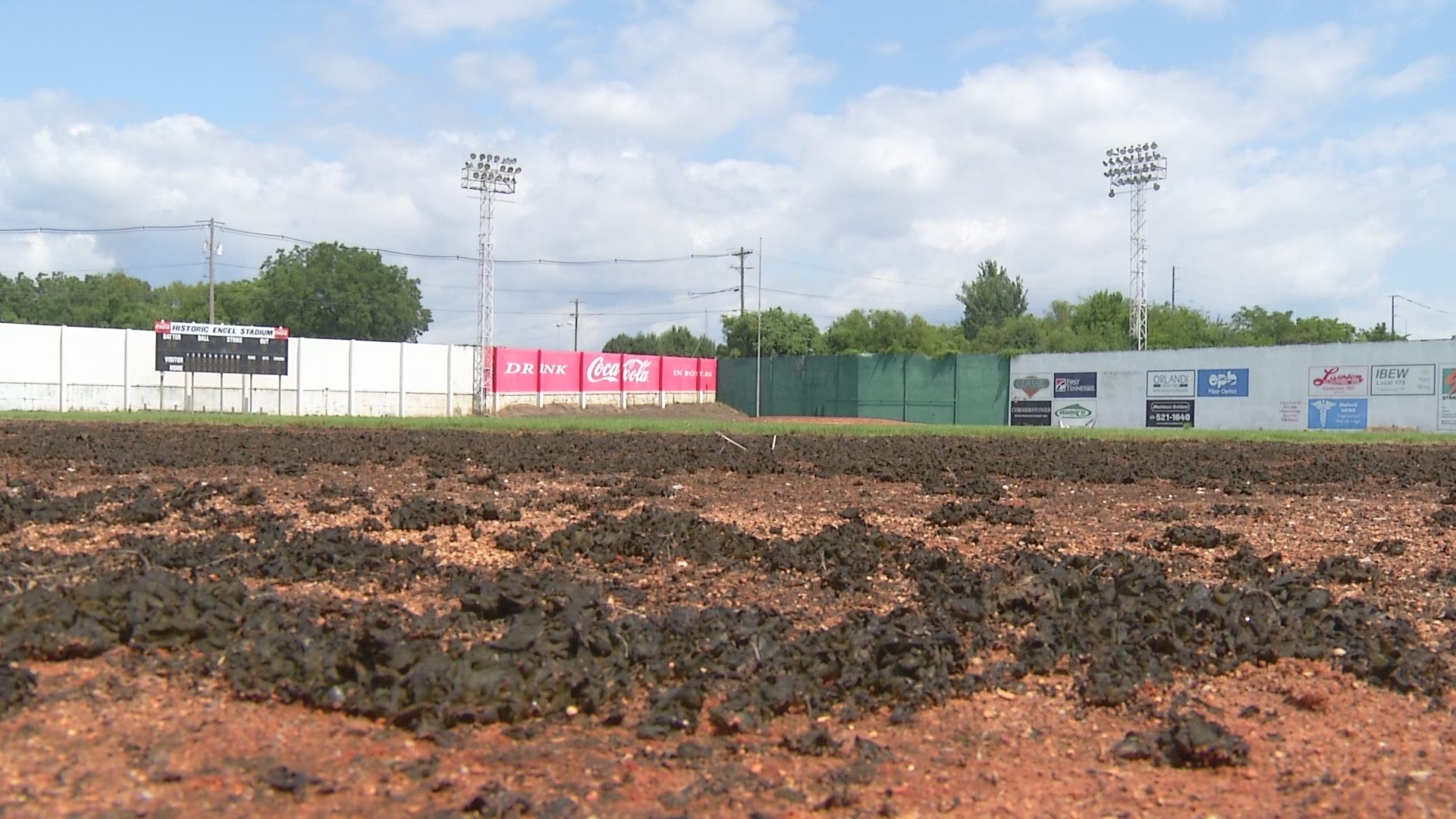 CHATTANOOGA, Tenn. — Chattanooga became a staple in the legacy of the late actor Chadwick Boseman eight years ago during the production of the biographical sports film '42.'

According to his publicist, Boseman passed at the age of 43 on Friday after battling Stage III colon cancer which came as a complete shock to the entire world who was unaware of his condition.

In 2012, Engle Stadium, the baseball field once home to the Chattanooga Lookouts became a historic landmark for the film industry as the 12,000-seat stadium served as one of the main taping locations for the film "42."

The biopic starring Boseman portrays the moment Jackie Robinson, the first African American to play in Major League Baseball, walked onto the field to play for the Brooklyn Dodgers in 1947.

Gary Miller, a Chattanooga native, was first cast as an extra in the film but after production found out he was a baseball enthusiast, received an opportunity for a bigger part.

“I was invited down to Atlanta to audition for the role of an umpire and got it. That in and of itself was surreal," Miller said.

At the diamond is where Miller met the then rising movie star Boseman.

In the 14 days of filming at Engle Stadium, Miller told Chattanooga NBC affiliate WRCB he was moved by Boseman's knack for his craft.

"When he was preparing for a big scene, he would practice is his tai chi because he said it would help his nerves and helped him prepare for it," Miller said.

Nori Moss, another Chattanoogan and radio host, can be seen in the stands as an extra in '42.' and was a fill-in for the role of Rachel, Robinson’s wife.

"It was an aura about him. We knew there was something special about him and when he walked onto that field every morning, the audience would be in awe of him,” Moss said.

The fallen star touched not only the television screen but the hearts of his many fans who watch.

“To learn that he was a superhero off-screen I just think it was absolutely monumental," Moss said.

"He was just excelled as far as his focus and what he wanted to bring to the screen to do it the right way. A good man gone too soon," Miller continued.

After ’42,’ Boseman went on to dominate the roles of other Black iconic figures such as James Brown,  Thurgood Marshall, and really took the world by storm as the first Black superhero in Marvel's high-selling ‘, The Black Panther.’

Ironically, Chadwick passed away on Jackie Robinson Day, where all of the Baseball personnel annually wear Number 42 to honor the legacy of Robinson’s historic debut.