Dennis Quaid arrives in Knoxville for a special screening of 'Midway'

A limited number of tickets will go on sale Tuesday. They'll cost $50. 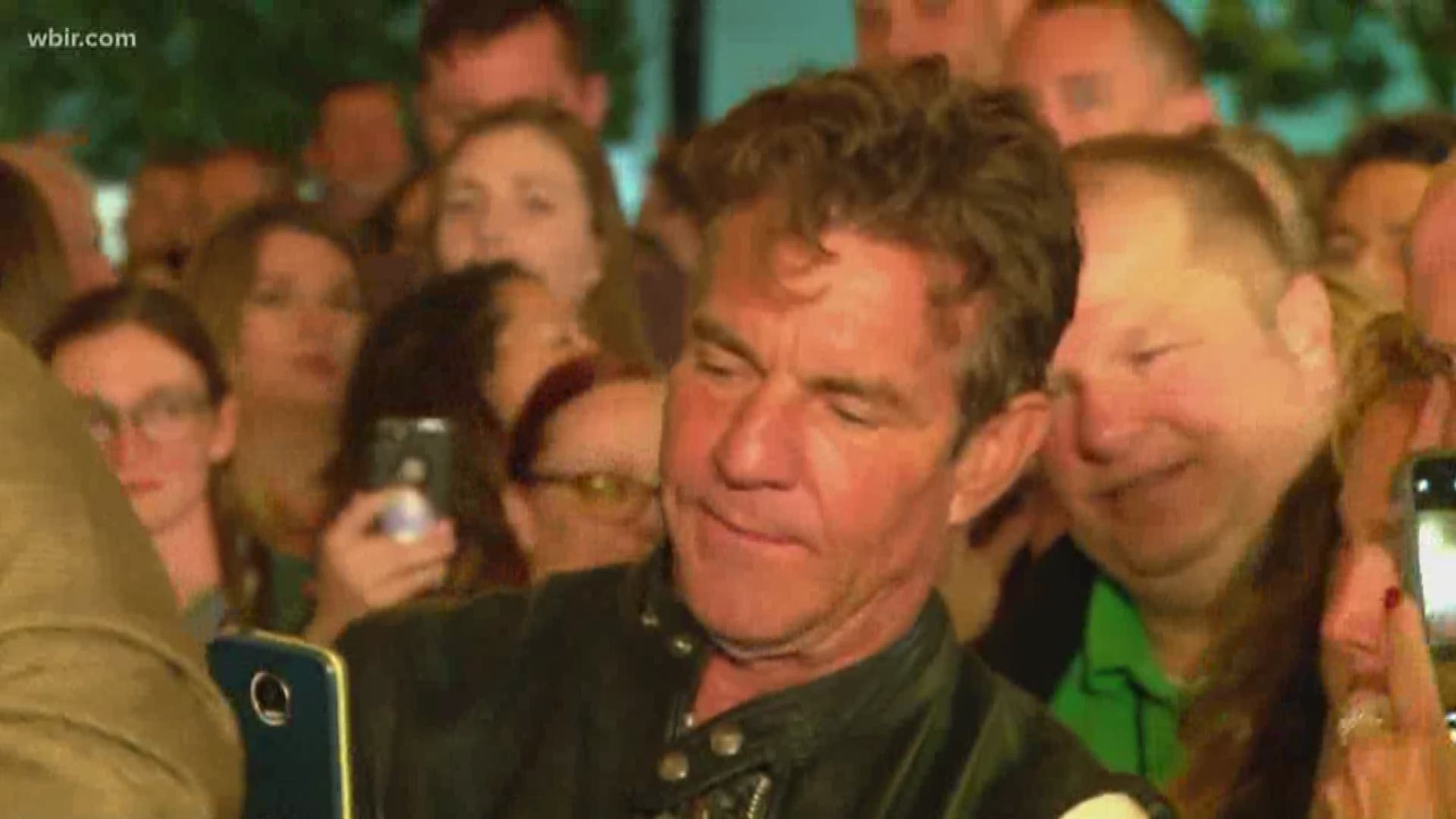 KNOXVILLE, Tenn. — Star Dennis Quaid is in Knoxville Tuesday for an exclusive benefit screening of Midway.

The screening, set for Oct. 22, is part of a partnership with Lionsgate, Regal Pinnacle ScreenX, 4DX, IMAX & RPX in Knoxville, Tenn. and will benefit Variety – The Children’s Charity of Eastern Tennessee.

A limited number of tickets will go on sale Tuesday at local Regal theaters. They'll cost $50.

“Regal is honored to host the esteemed actor Dennis Quaid at this year’s benefit screening. Dennis is a Hollywood icon bringing to life some of the most memorable characters on the big screen and we are excited to welcome him to East Tennessee,” said John Curry, Senior Vice President of Food Service at Regal and President of Variety. “We extend our deepest gratitude to our friends at Lionsgate for making this red carpet experience in Knoxville possible while helping us raise funds for Variety – The Children’s Charity.”

Guests will enjoy a catered reception in the Pinnacle lobby before Quaid walks the red carpet. After the red carpet reception, Regal said attendees will have the honor of being some of the first moviegoers to view the new film.

The movie is in theaters Nov. 8. It centers on the Battle of Midway, a clash between the American fleet and the Imperial Japanese Navy which marked a pivotal turning point in the Pacific Theater during WWII.

Midway - Official Movie Site
MIDWAY centers on the Battle of Midway, a clash between the American fleet and the Imperial Japanese Navy which marked apivotal turning point in the Pacific Theater during WWII. The film, based on the real-life events of this heroic feat, tells the story of the leaders and soldiers who used their instincts, fortitude and bravery to overcome the odds.

Quaid, who plays Vice Admiral William “Bull” Halsey in Midway, has been in several movies including The Right Stuff, Great Balls of Fire!, The Rookie and A Dog’s Purpose.

This is Quaid's first appearance in Knoxville for the annual Variety charity premiere, according to Regal.

Variety – the Children’s Charity is a multi-million-dollar philanthropic organization that empowers children with special needs to grow, socialize, and express themselves independently.

A number of Hollywood stars have appeared at Variety charity screenings in Knoxville in the past, including Tom Cruise, Hugh Jackman, Jack Black, Jeff Daniels, and Cuba Gooding Jr.