Morgan County's Ethan Lively, 17, impresses judges on The Voice after singing "You Look So Good in Love" 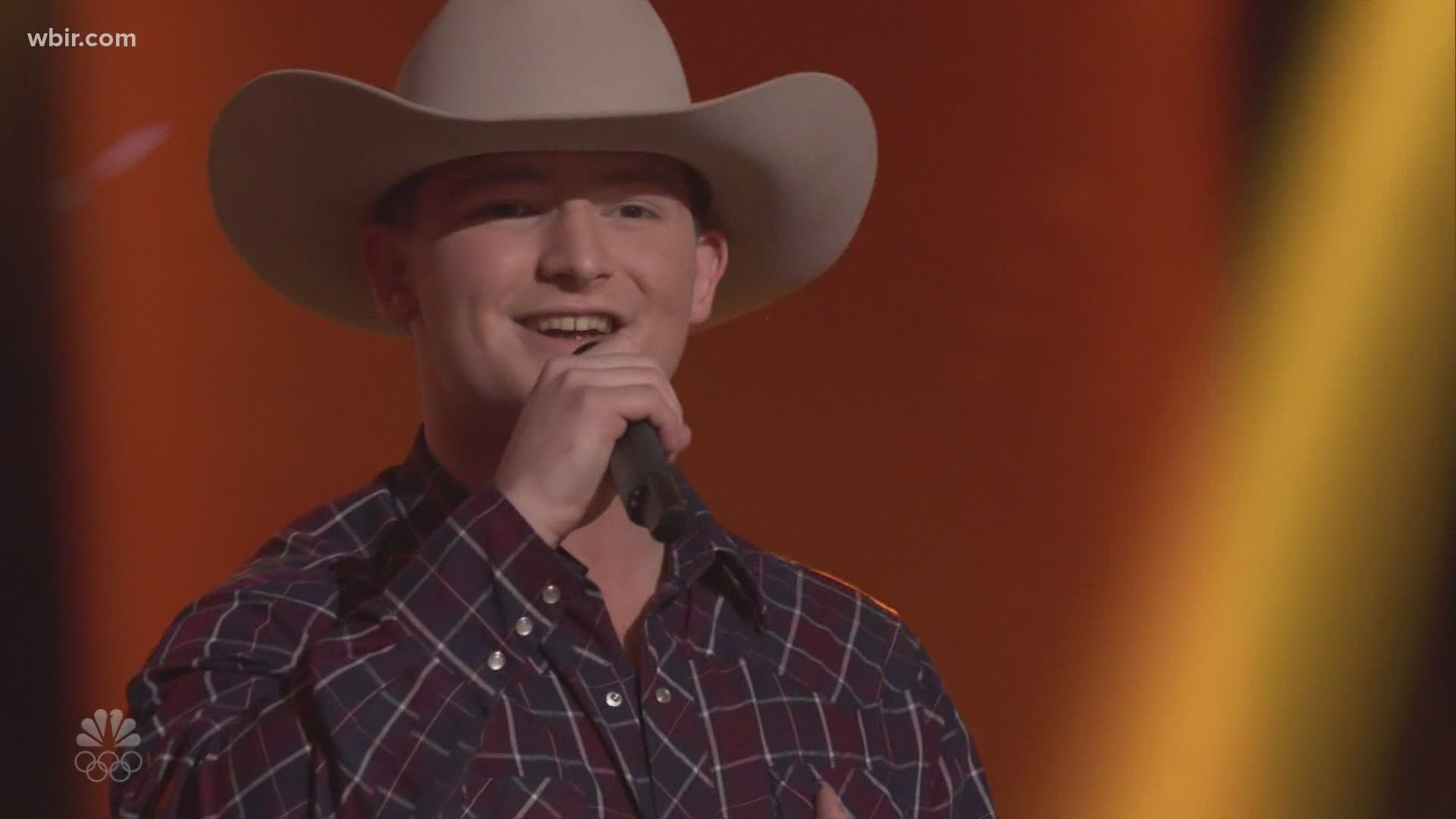 MORGAN COUNTY, Tenn. — East Tennessee is getting some more time in the limelight after Ethan Lively impressed judges on The Voice Tuesday night. He is 17 years old and from Morgan County.

He sang "You Look So Good in Love" by George Strait, and joined Coach Blake Shelton's team. His deep voice impressed Shelton and the other judges. Lively said that he had been singing since he was 3 years old, and discovered that he could sing so deeply when he was 14 years old.

"I don't know why more people don't do more George Strait songs when they audition for this show," said Shelton during The Voice. "You got an interesting voice because it's kind of sandpapery. Your speaking voice is almost deeper and louder than your singing voice."

The Coalfield, Tenn. teen works in a dog grooming shop in Oliver Springs and said he auditioned because his family and friends pushed him to give it a shot.

"My singing journey is very short. I've performed at three places in my entire life, a few festivals and fairs and stuff like that. I've never had a lot of experience on camera or even on stage," he said.

Lively said he knew Team Blake was a good fit because of their similar small-town upbringings.

"The moment when Blake turned his chair I was kind of in shock. I didn't know what to believe or what to do either so it kind of caught me off guard," he said.

He describes his sound as a mix of outlaw and folk country and draws inspiration from artists like Travis Tritt and Johnny Cash.

Lively said he wants to challenge himself with his time on The Voice.

"If I'm going to be here, I'm going to sing some songs that I really want to be able to perform with and get all the performance out of me that I can and try to really find who I am in myself as a singer because, like I said, I haven't been doing this for a very long time," he said. "I would like to showcase who I am and find in myself who I am."

Though Lively aims to be a country artist, he said he is a big fan of rock, hip hop, R&B and opera music as well.