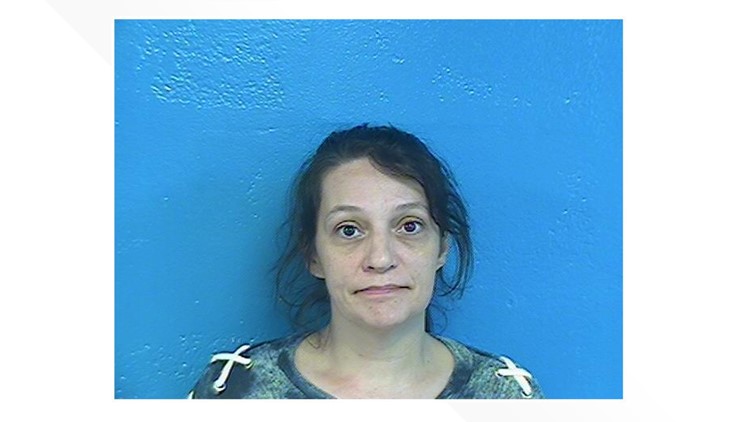 KINGSPORT, Tenn. — The Sullivan County Sheriff's Office reports baby Evelyn's grandmother, Angela Mae Boswell, has been arrested after she and a male accomplice reportedly robbed a home in the 300 block of West Valley Drive in Kingsport on Wednesday.

SCSO reports Boswell and her accomplice entered the Kingsport home and concealed items on their bodies as they walked back to their vehicle.

The pair allegedly stole two televisions, a shotgun, a pistol and various tools, according to officials.

Authorities have identified Boswell's accomplice as 37-year-old Larry Chad Fields of Kingsport. They are currently trying to locate Fields.

Boswell has been charged with aggravated burglary, theft under $10,000 introduction of drugs into a penal facility and possession of counterfeit money.