The TBI reports violence against officers was up by nearly 200 more cases in 2018 compared to 2017. 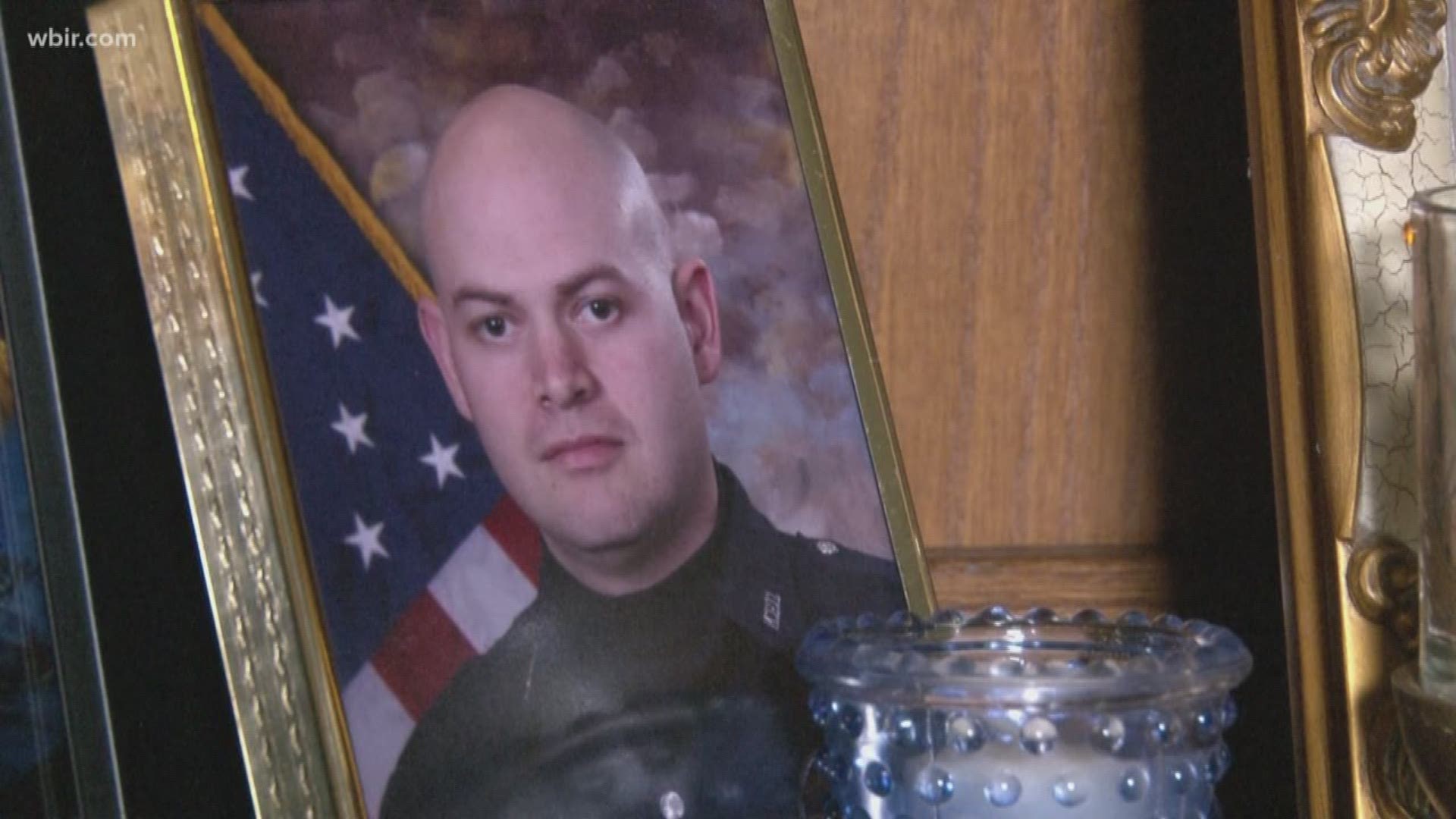 BLOUNT COUNTY, Tenn. — As violence against police officers increases across the state according to the TBI, the families who have lost officers in the line of duty feel the pain on a personal level.

RELATED: TBI: Violence against officers up in 2018

In East Tennessee, Officer Kenny Moats of the Maryville Police Department was shot and killed in 2016 responding to a domestic call.

For his mom and any mom who loses a child, no matter how much time passes, the hurt is always there.

"I just remember me and his youngest boy coming over here and praying," said his mother Lisa Burns. "We got down on our knees and went to pray that he was okay because we didn't know.

Three years have passed since that day, and to Burns, it still doesn't feel real that her son Kenny is gone.

"It's just a day that should have never been. No officer [should have] to face being ambushed when they get called to a call," she said. "They go to protect and serve, not to be killed."

Not a day goes by that Officer Moats' family doesn't think about the loss of their son, cousin, nephew, and what he's missing as his kids grow up without him.

"Mother's Day is awful, I mean, he was my only child," said Burns.

As violence against police officers rises across the state and the nation, this family feels that pain every time an officer falls.

"You remember that day more each and every day that I hear of an officer losing his life in the line of duty," said Burns. "It's just, it's just way too much, way too many."

As Officer Moats' family works to keep his memory alive, they're also pushing for more awareness.

"They're only doing their job," said his aunt Cathy Barbara. "When that officer asks you to do something, then just do it."

It's a plea to back those officers so at the end of the day they can come home after doing the job they love.

"That was my boy," said Burns. "That's what he loved doing was helping others."

Officer Moats left behind a wife and three children. His mother said one of the hardest things for her is that her son was robbed of the chance to see his kids grow up.