If the county or state do not qualify for federal aid, the First Utility District of Knox County said they are ready to fully pay at least the base $1.5 million in damages. 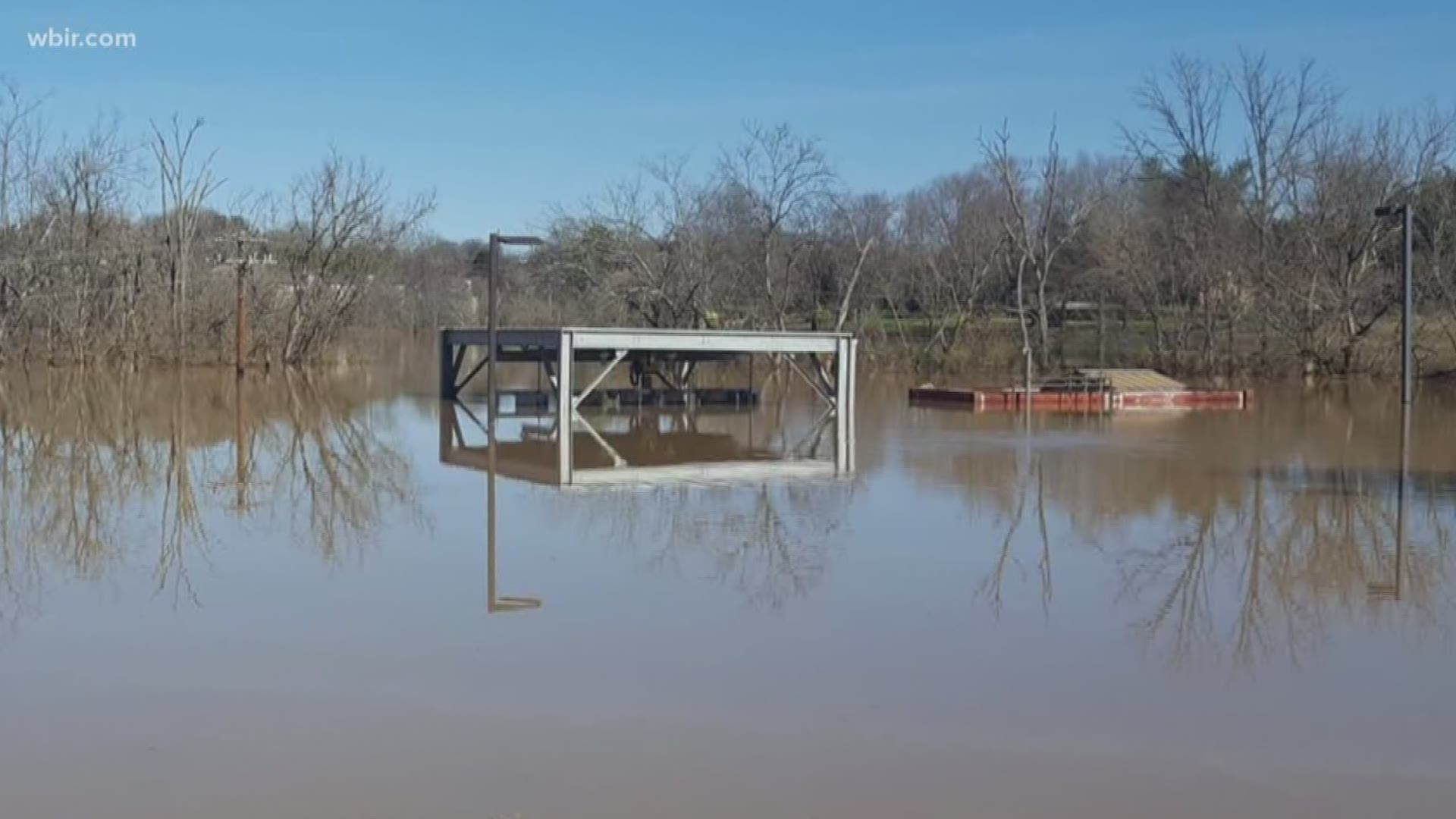 KNOXVILLE, Tenn. — The most expensive flood damage in Knox County may be off South Peters and Ebeneezer in West Knoxville.

Last week two wastewater pump stations were under feet of water, which flooded and damaged the system.

Those pumps belong to First Utility District of Knox County, which serves about 90,000 customers between Gallaher View Road and the Knox/Loudon County line.

For about five days, the only way to get to these pumps was by boat. The water was that deep.

"It was up about four feet over the top of this at one point," said General Manager Bruce Giles, pointing to the top of a two story pump station.

He said catastrophic flooding in late February took a huge toll on the pumps.

Now that the water has receded, the only thing Giles is confident about is the concrete base of the structures.

"The pumps themselves are normally fine, but the control panels are not made to get wet," said Giles. "And we had them in watertight enclosures. But after five days, nothing can take that type of pressure and moisture on it."

Giles said they are working with TDEC, but none of their water is compromised.

The district has a temporary pump pumping about 4,000 gallons of wastewater per minute, which means customers won't notice anything is wrong.

That pump uses $700 of diesel fuel per day, but can work as a fix for several months if needed.

That was part of a contingency plan leaders made about five years ago, never thinking they'd need to use it.

"When we do our jobs we should be out of sight out of mind and that's what we intend to do," said Giles.

He estimates at a minimum, they're looking at $1.5 million in damage.

"At least. It could be four or five [million dollars]. We built this station four and a half, five years ago and we spent $4.2 million," said Giles.

Statewide, damage would still have to surpass $9.5 million for Knox County to get any reimbursement.

Parts of Tennessee are still flooded, including here in our area.

We won't know if the state is FEMA eligible until all that water recedes and all the damage is assessed.

If the county or state do not qualify for federal aid, Giles said they are ready to fully pay at least the base $1.5 million in damages.