"You know this is probably small compared to some of the other areas, but it's big to us." 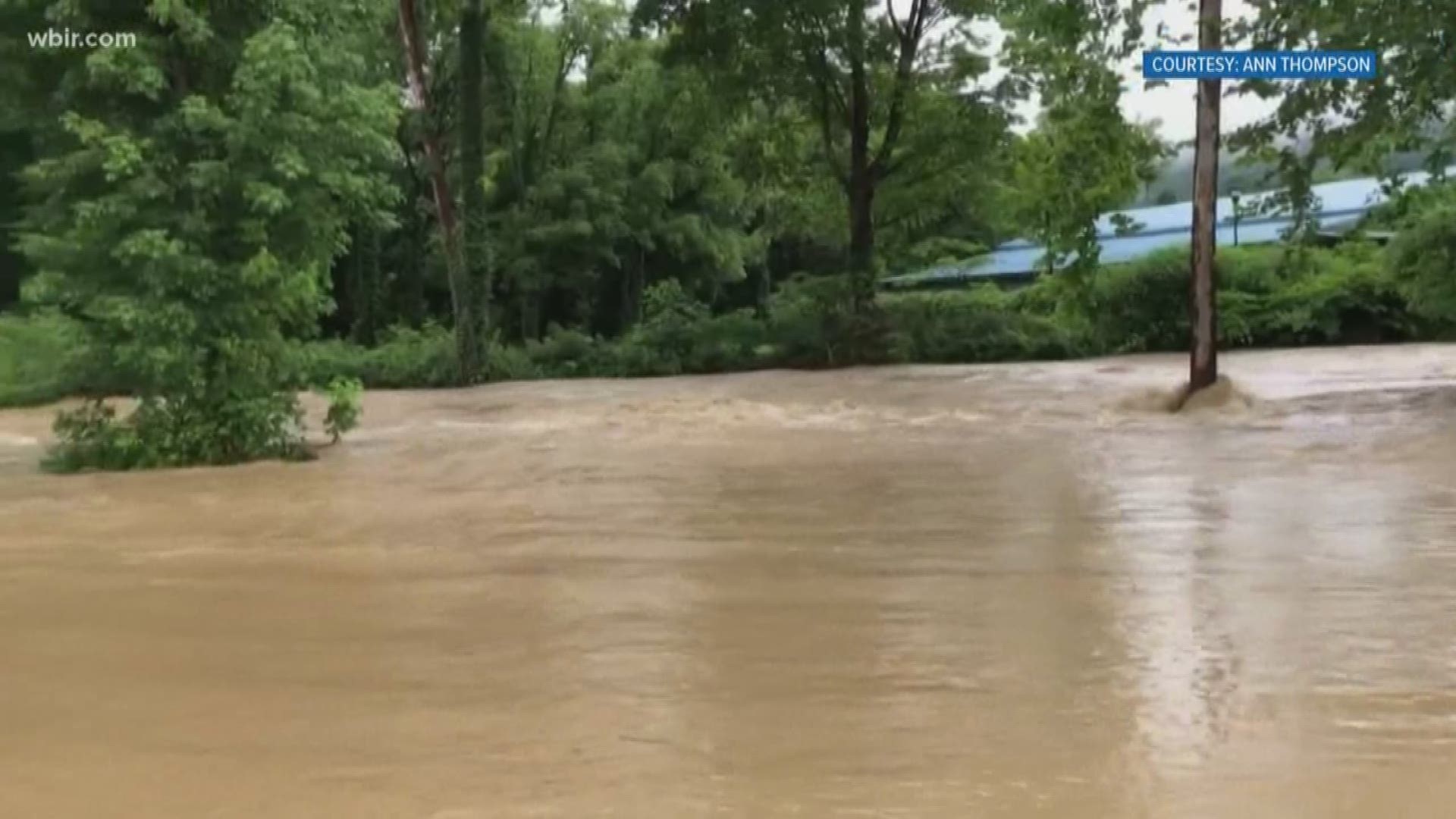 East Tennessee is getting another round of flooding thanks to Thursday's heavy rains.

That area of Campbell County is still recovering from bad floods from June.

It was a month ago Sunday when flood waters rose high inside Faith Way Assembly of God in LaFollette.

"Everything is destroyed," said Gary McCullah, a deacon and board member for the church. "Everything that was in this church was destroyed."

The walls have been removed to prevent molding, leaving a bare bones building.

On the floors, only fragments remain of the decades of memories in this church.

Bibles, dolls, and coloring books, all warped by water and time.

Flood waters surrounded their parish center Thursday, a building they had to demolish because of the flooding.

When you walk by, you can smell the mold. It's to expensive to move to the dump right now, so piles of debris sit behind caution tape.

LaFollette City Council Member Ann Thompson said she wishes the city could help, but no help is coming in.

She said they were denied both state and federal aid.

"I don't understand it," said Thompson. "I mean I thought FEMA and TEMA were also supposed to be here for when disasters like this happen, and they're not here. They're not helping us."

Thompson said the town's infrastructure is aging and unable to handle the rushing waters of flash floods.

"The drainage system is not large enough to keep up with the rain we've been having over the past few weeks," she said.

"You know this is probably small compared to some of the other areas, but it's big to us," said Thompson.

Thompson said she plans to address the need for a new drainage system at the next city council meeting.

Until then, people like McCullah are just praying the help will come.

"If there's anybody out there that can pull strings, the governor, the president, anyone. That would be great," he said.

Faith Way Assembly of God and some families are getting donations in, but a lot of money is needed to replace buildings that are at or close to a total loss.