An incident report says the homeowner was sleeping in her bed when she heard a noise in her living room. So she grabbed her gun. 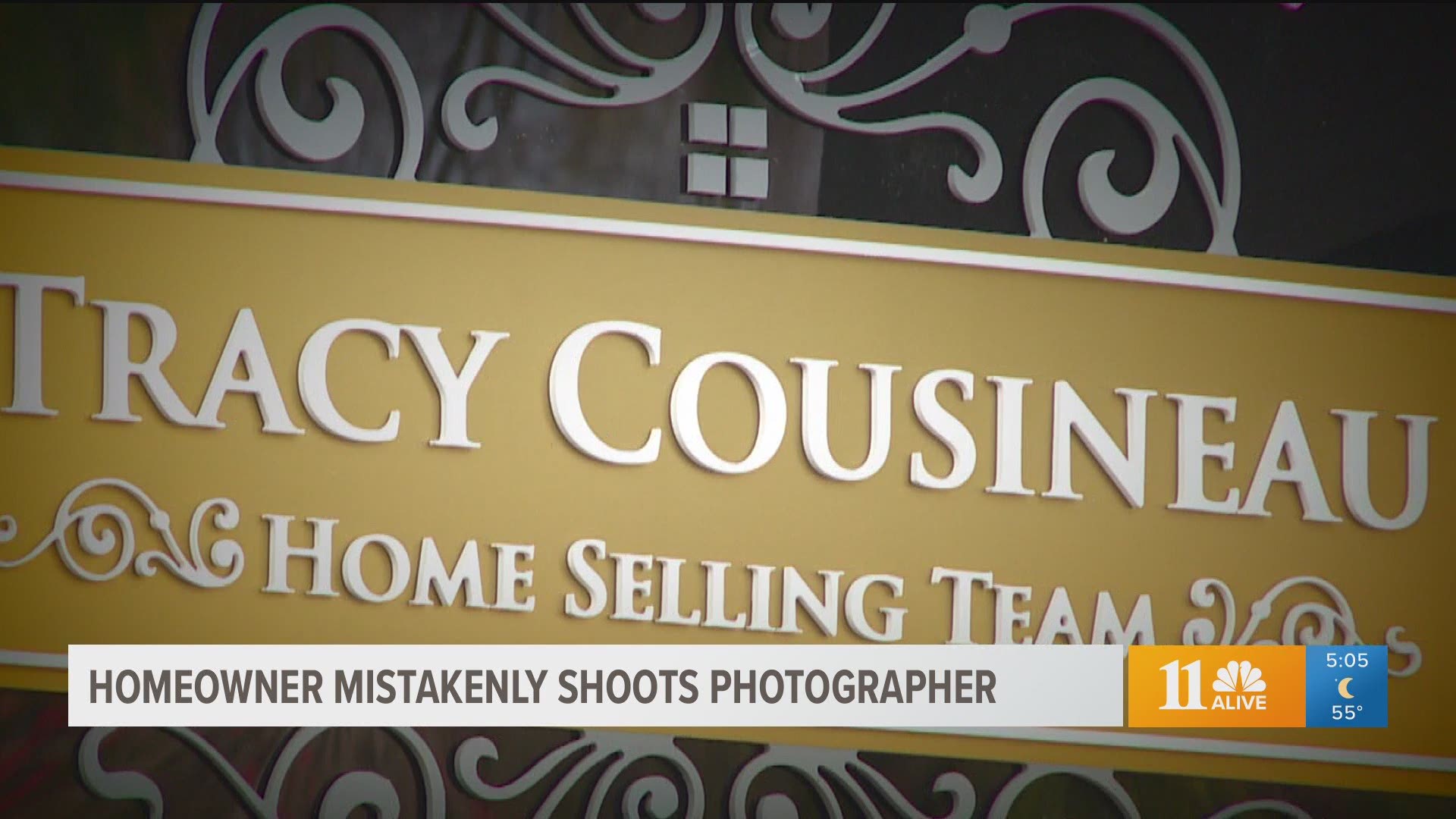 DOUGLAS COUNTY, Ga. — A real estate photographer is filing suit after being shot by a frightened homeowner who thought her home was being broken into.

The Douglas County Sheriff's Office said the homeowner hired a real estate consulting company, Real Estate Expert Advisors, to help her sell her home off Ireland Court. Police said the photographer, Whitney Morris, hired by the company, went to the home around 9 a.m. Feb. 2 to take photos of the residence.

Thanks to a miscommunication, though, everything went wrong, and the photographer wound up shot in the buttocks.

A police report from the Douglas County Sheriff's Office says the homeowner was sleeping in her bed when she heard the noise in her living room. The alarm was going off, so she grabbed her gun. When she saw the man near the kitchen entry from the garage door, she fired several shots.

It wasn't until she saw a camera and tripod, the homeowner realized that man was actually the photographer.

Excerpts from the emotional 911 call revealed the homeowner's panic.

Homeowner: "I thought they broke into my house."

Operator: "You shot him?"

The report indicates the homeowner rushed to help Morris before EMTs got there.

Operator: "Do you know the photographer?"

Homeowner: "No, nobody even told me. They were supposed to call me and set up the first appointment with me. I have not got the first call from them."

As Morris lay on the floor bleeding, the homeowner repeatedly told the 911 operator she had no idea who he was.

An email chain between Morris and the real estate expert advisors, obtained by 11Alive, shows when he was hired to take pictures of the home, with the time and date of the appointment. However, the homeowner said she was never notified.

After snapping exterior pictures, his attorney Michael Raifi said Morris got the keys out of the lockbox and proceeded to go inside the home.

"He sees no cars in the driveway, no garbage cans, no patio furniture, no grill, nothing that would show that somebody lives there," Raifi explained. "He assume that the house was empty."

"When did he realize someone was inside," 11Alive's LaTasha Givens asked.

"When he got shot," Raifi replied. "All of a sudden, he starts to feel burning and he doesn't know why he's burning, and looks down and he's been shot from behind."

Morris is now suing Real Estate Expert Advisors and homeowner who shot him. 11Alive went to the company's Buford office to get the owner's comment on what may have caused the miscommunication – they said they would be sending a statement on the matter "soon."

According Raifi, previous clients and former employees of the company claim there have been multiple incidents when a homeowner was unaware someone was coming into their home.

"Over and over again, we've heard that there were scheduling problems, and we heard that something like this was bound to happen," Raifi said.

The homeowner, whom 11Alive is not naming because she hasn't been charged with a crime, is not facing any charges. The Douglas County Sheriff's Office indicates the case is closed. 11Alive reached out to her for a comment, but she didn't respond.