Google announced Wednesday that it will partner with TVA to build solar farms in Alabama and Tennessee, a plan that will create the largest solar site ever built by the tech company. 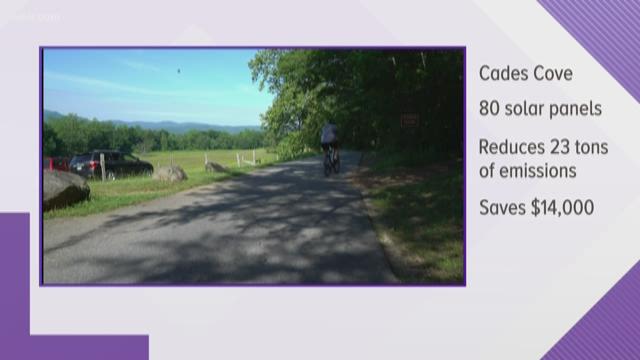 Google announced Wednesday that it will partner with TVA to build solar farms in Alabama and Tennessee, a plan that will create the largest solar site ever built by the tech company.

The output of the solar farms, which Google does plan to purchase from Tennessee Valley Authority per a Power Purchase Agreement, will total an estimated 413 megawatts of power from 1.6 million solar panels, an equivalent of 65,000 home rooftop solar systems.

“Top-tier businesses like Google choose to invest in the Valley because of TVA’s diverse energy portfolio,” said John Bradley, TVA’s senior vice president of Economic Development. “Delivering large amounts of reliable, renewable energy at competitive rates creates quality jobs for the region and makes the Valley an attractive place to do business.”

This 100 percent renewable energy output will be used by Google data centers located in Alabama and Tennessee. The solar farms, which are planned for Hollywood, Alabama and Yum Yum, Tennessee, will allow approximately 72 percent of Google's data center electricity "will be matched on an hourly basis with carbon-free sources," according to Google.

“Google’s data centers are the engines of the Internet, and we are committed to maintaining 100% renewable energy and achieving carbon-free energy around the clock for the operation of these facilities. This milestone solar energy deal with TVA perfectly reflects this strategic commitment. These renewable energy projects represent good news for Google and for the Tennessee Valley region.” a Google spokesperson said.

By building solar farms in this region, Google says that the plan will "provide a cost-effective way to procure clean power" and create economic benefits for Alabama and Tennessee.

TVA's partnered company, NextEra Energy Resources and Invenergy, will "generate millions of dollars in economic activity and tax revenue for the broader community" by hiring a large staff and paying property owners as part of a long-term leasing agreement.

“TVA recognizes that renewable energy is a tremendous asset in terms of economic and environmental benefits,” said Doug Perry, TVA vice president of Commercial Energy Solutions. “We’re excited to partner with Google and make this happen for our region.”

Google currently has almost 3 dozen long-term contracts that have generated an approximate $5 billion.

For more on this plan, visit Google's blog.