Haslam has commuted her life sentence. She will be released on parole on August 7, after serving 15 years in prison. 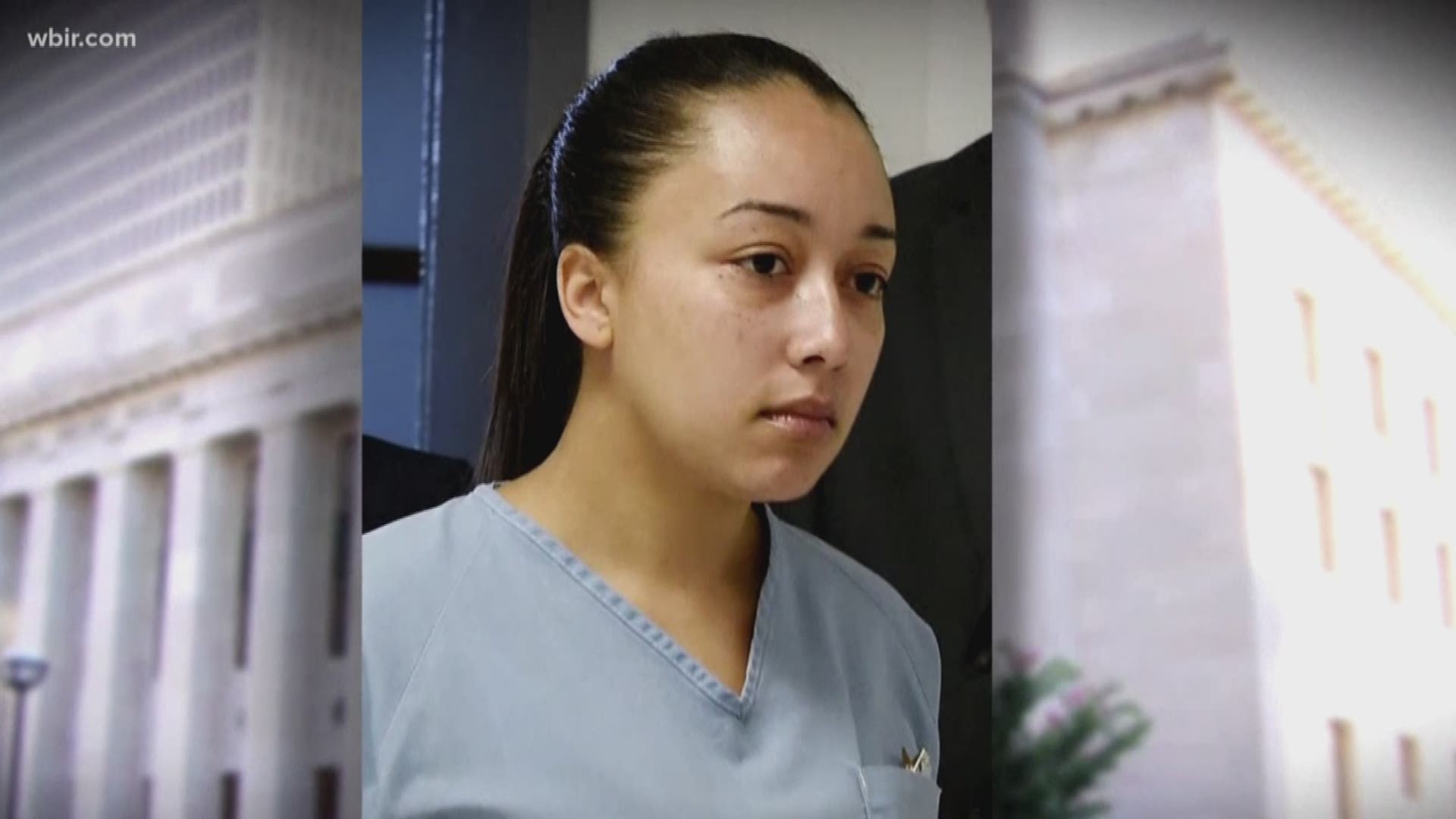 “This decision comes after careful consideration of what is a tragic and complex case,” Haslam said in the release. “Cyntoia Brown committed, by her own admission, a horrific crime at the age of 16. Yet, imposing a life sentence on a juvenile that would require her to serve at least 51 years before even being eligible for parole consideration is too harsh, especially in light of the extraordinary steps Ms. Brown has taken to rebuild her life. Transformation should be accompanied by hope. So, I am commuting Ms. Brown’s sentence, subject to certain conditions.”

She will be released on parole on August 7, 2019, after serving 15 years in prison, the release said.

She was convicted in 2006 of first-degree murder and aggravated robbery for the 2004 murder of 43-year-old Nashville real estate agent Johnny Allen, who, she claims, picked her up and took her to his home for sex when she was 16 years old.

She said she shot him in self-defense while the two were together in his bed and that she had been forced into prostitution.

She received a life sentence with the possibility of parole after serving a minimum of 51 years in prison, the release said, meaning she would not be eligible for parole until 2055 at the earliest if the governor had not granted her clemency.

Her case has received national attention, raising questions over sentencing laws. Several celebrities had called for her release, including Kim Kardashian West, Rihanna and LeBron James, along with hundreds of others, using #freecyntoiabrown on social media.

Local lawmakers shared their thoughts on Twitter regarding Monday's announcement.

The news release from the Governor's Office detailed how Brown has had an "extraordinary personal transformation while incarcerated," and that she will be a productive person with a positive effect on her community when she is released.

"While in prison, Brown has earned her GED and completed an associate degree in 2015 through the Lipscomb LIFE program with a 4.0 GPA," the release said. "It is anticipated that she will complete a bachelor’s degree in 2019."

Brown will complete a re-entry program before she is released in August, according to the release, and her parole supervision will continue until 2029.

The Tennessee Board of Parole had previously issued a positive recommendation for Brown, saying her sentence should be commuted.

Haslam has granted five commutations, 15 pardons and one exoneration while in office, the release detailed.

"While we have spent a considerable amount of time studying and implementing sentencing and criminal justice reform in our state, there is more work to be done,” Haslam said in the release. “I am hopeful serious consideration of additional reforms will continue, especially with respect to the sentencing of juveniles."

State Representative Rick Staples of Knoxville gave a statement after the announcement praising the decision.

“Joyous and Just—those are the two words that come to mind when I think of the Governor’s announcement. I am overjoyed that the Governor Haslam granted the much needed clemency to this young woman," Staples said in the statement. "She has demonstrated to all that you can rebound from horrific life events.  Ms. Brown got her GED and a degree from Lipscomb and serves as an inspiration and example to other young women who have had to endure similar tragedies.  I want to thank my fellow Knoxville native Bill Haslam for showing the kind of compassion that exemplifies our state of Tennessee.”