During several exchanges with various members of the media present at the news conference, the governor clarified his stance on topics crucial to Tennesseans. 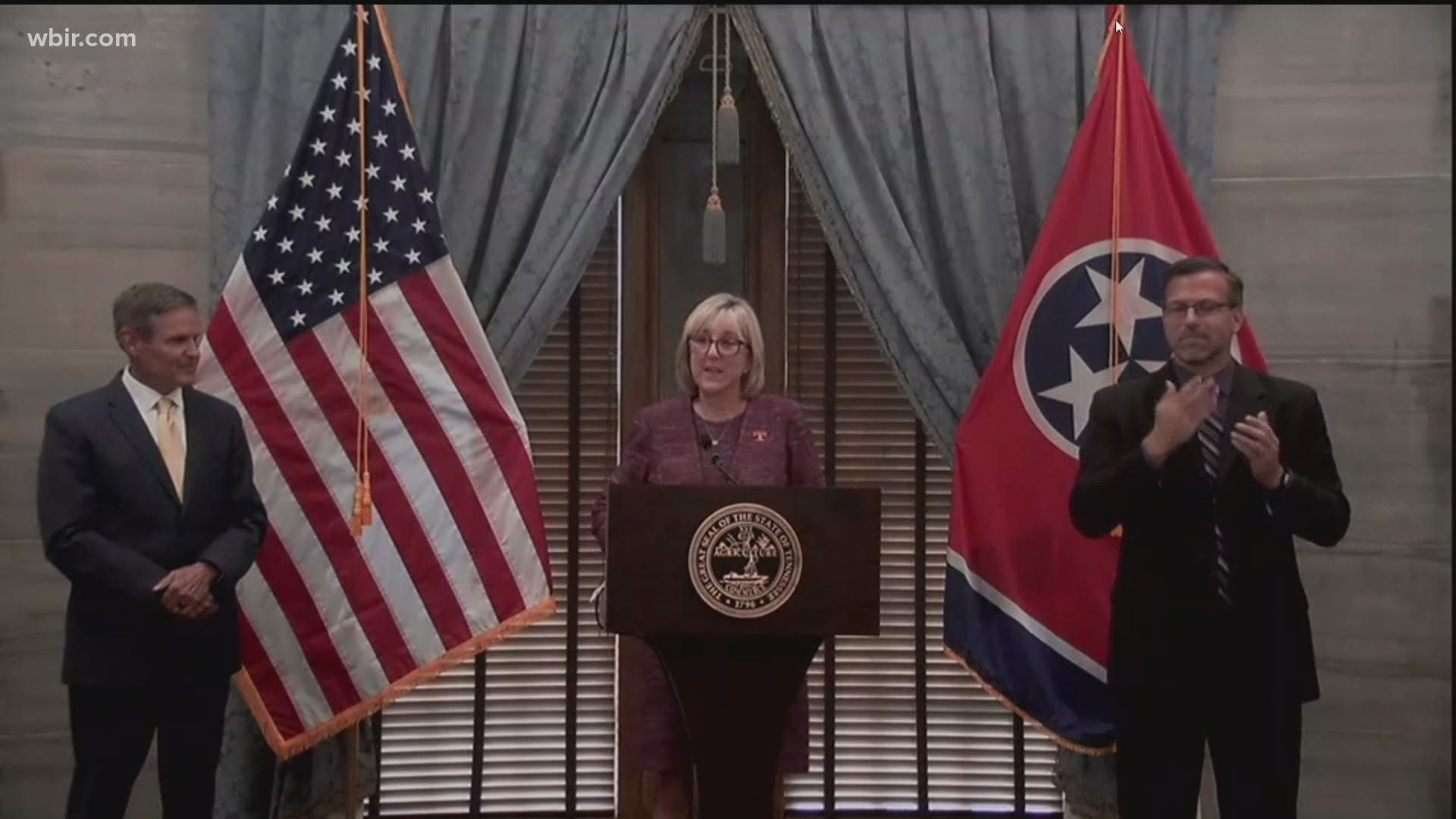 KNOXVILLE, Tenn. — Governor Bill Lee addressed a controversial anti-protesting bill, lack of mask mandates for students, supplemental aid for families and more during a press conference in Nashville on Tuesday.

During several exchanges with various members of the media present at the news conference, the governor clarified his stance on a variety of issues related to Tennesseans.

One of those issues was a recent "criminal justice reform bill" which passed through the Tennessee General Assembly on Wednesday.

Under the legislation, it is a felony punishable by up to six years in prison to set up a tent overnight at the Tennessee Capitol.

It's a piece of legislation that has a strong response from critics, especially in light of the strong criminal justice reform platform Governor Bill Lee ran on back in November 2018.

Critics also say the bill could work against efforts to minimize prison sentences in Tennessee.

Addressing members of the media about that bill on Tuesday, Lee said he believed it would protect 1st Amendment Rights while also preventing the destruction of property.

However, he also said it does not change his belief that the system needs to be reformed.

"I think the overall goal of that bill was to prevent lawlessness and destruction and it accomplished that," Governor Lee said. "I've been very clear that there were components of that bill that i would have done differently. But on balance, I think the bill accomplished what we want to get done."

RELATED: ACLU of Tennessee calls for Governor Lee to veto bill cracking down on protestors

The reporter continued to ask the governor if the legislation was justice.

"You know, sexual contact with a minor by an authority figure is a Class A misdemeanor. Is it justice to say that overnight protests should be felonies?" the reporter asked.

"There are components of that bill that I did not think.were...different than what I would have suggested. And the language I suggested was different than what actually ended up in the bill. But on balance, I think it was the right thing to do," Lee said.

"Is that justice?" the reporter asked again.

"On balance, I think it was the right thing to do," Lee responded.

The American Civil Liberties Union has since urged Governor Lee to veto the bill.

Additionally, Governor Lee was asked about the lack mandates surrounding students at schools across Tennessee.

"I think we've had a lot of conversation around the ethicacy of those masks," Lee said. "Especially for young people, we want parents to have choice as to what they do in schools."

A third of Tennessee schools went back to school last week, and another third is set to return this week.

Governor Lee clarified that because stay-at-home order have been lifted in Tennessee, the government does not currently make classifications between essential and non-essential workers. As such, teachers are not considered essential workers.

The governor said he has also requested that the Department of Health  create a resource that shows COVID-19 data for children age 5-18, and has indicated that data will be released by county.

According to the state, school-aged children only account for around 10 percent of cases statewide.

Of that ten percent, half of those are high schoolers, Dr. Lisa Piercy said.

The state said it plans to release the number of cases in all children, ages 0-18, additional data for infants, preschool-aged and toddlers in addition to the information regarding children ages 5-18.

Officials said that information will also be broken down by gender, race, ethnicity, and that comparative rates between children and adults would be released.

Finally, Commissioner Ford announced that Tennessee would apply for federal grants through a program adding additional unemployment benefits through FEMA. The grant period to apply runs until September 10.

The Tennessee applying grant begins as early as tomorrow and requires a 25 percent match from the state.

Individuals in the state of Tennessee should be able to see a $300 benefit to weekly unemployment, in addition to state unemployment. One caveat to the program is that if there is legislation addressing unemployment benefits, the program will end. There are also a finite amount of funds for the program, the commissioner said.

It runs through December 26. Commissioner Ford said the state is working on an application in anticipation of this decision.

RELATED: 'For the first time in the classroom, I've been scared' | Teachers raise concerns as some districts refuse to release COVID-19 data