"We have to be willing to adopt these dogs if we're going to vote yes." 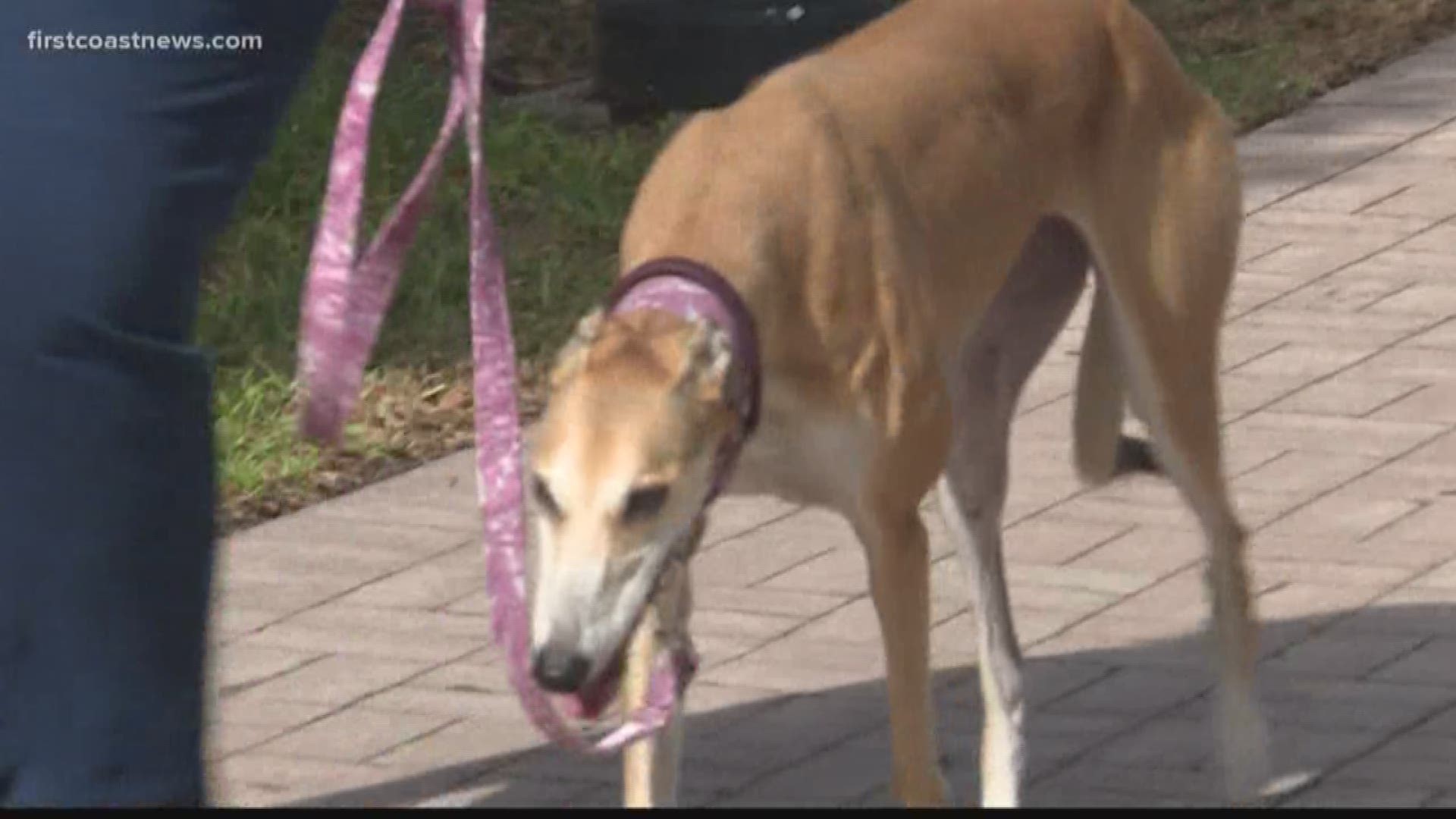 Whether they were for or against Florida’s proposed dog-racing ban, many agree thousands of greyhounds will need homes as dog racing is set to become a thing of the past in the Sunshine state.

“I’m happy as a whole,” said Heather Adams, a greyhound advocate who adopted Grace, a retired racing dog. “I do know that it creates some challenges now because as they close the tracks there are going to be some dogs that need to be adopted.”

Jacksonville non-profit Greyhounds as Pets, which is dedicated to adopting out retired racing dogs was openly opposed to Amendment 13.

“There is no contingency plan in the proposed Amendment 13 legislation, to assist in funding the re-homing of thousands of Greyhounds who will be suddenly displaced,” reads a statement on the organization's website.

First Coast News reached out to see what steps if any were being taken to find homes for greyhounds.

"We are devastated right now,” said the person who answered the call, before hanging up abruptly.

In favor of the amendment was Protect Dogs, which on Tuesday said,

“In the coming days we will reach out to the greyhound industry as the adoption process begins,” the statement reads. “While the vote is over, our work is far from done.”

GREY2K USA an organization that helped place hundreds of racing dogs with families when Massachusetts banned dog racing in 2008. The organization has promised to do the same here in Florida.

Executive director Carey Theil says it will take a collaboration between the racing industry and greyhound rescues.

Adams says much of the responsibility rests with First Coast families who voted “yes” on Amendment 13 and should be willing to take former racing dogs into their homes.

"You have to be willing to adopt the animals if you're going to vote yes, because they have to have a home," Adams said. “You don’t want those dogs to be euthanized.