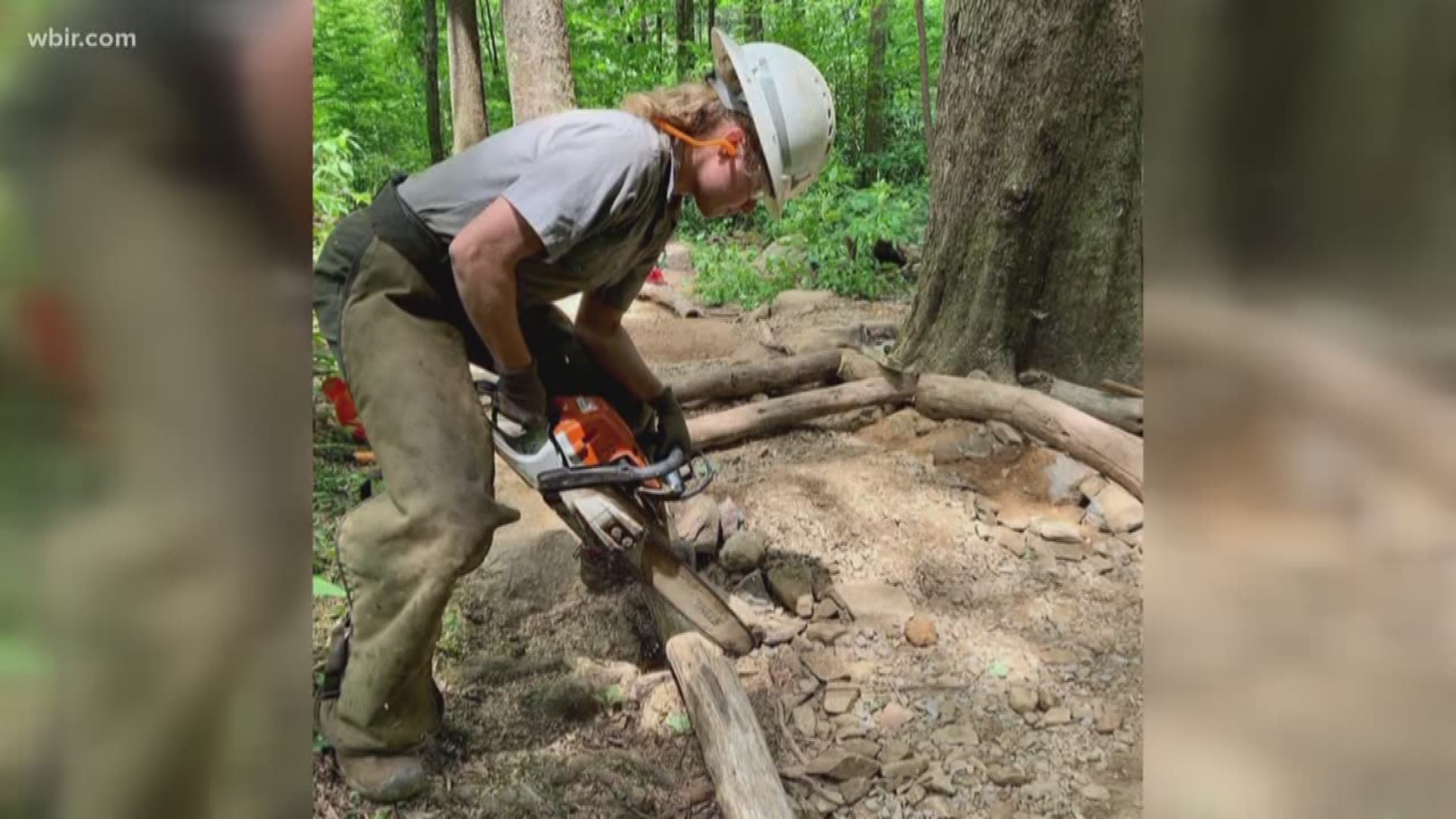 Great Smoky Mountains National Park officials said Thursday that Trillium Gap Trail will remain closed until Friday, July 19 due to expected periods of heavy rain in the forecast over the next several days.

The trail has been temporarily closed since June 23 because of extremely muddy conditions along trail sections undergoing rehabilitation, according to the park.

Over the last few weeks, park officials said crews have been making improvements to harden these areas for use by re-sloping the trail surface and adding gravel in problem areas.

Weather permitting, the trail will reopen on Friday, July 19 for weekend use each week on Friday, Saturday, and Sunday and on federal holidays through Nov. 15.

The trail and associated parking lot along Roaring Fork Motor Nature Trail will continue to be closed during this time period on Monday mornings at 7 a.m. through Thursday evenings at 5:30 p.m. weekly.

Trillium Gap Trail will be temporarily closed through Thursday, July 11, because of dangerous trail conditions, the Great Smoky Mountains National Park said in a news release on Thursday, June 27.

That reopen date is weather-dependent, though, the release said.

The closure is due to heavy recent rains that caused extremely slippery, muddy conditions on the trail surface that is undergoing rehabilitation, according to the park.

“The safety of our visitors and staff is our highest priority,”  Park Trails and Roads Facility Manager Tobias Miller said in the release. “Dense clay soils, disturbed during the recent trail rehabilitation construction process, have become very muddy and slippery with the frequent rains and heavy visitor use on the weekends.”

But hikers can still reach Mt. Le Conte, the lodge, and the shelter using one of the other four trails to the summit like the Rainbow Falls or Alum Cave trail.

The park said the closure will allow the trail tread to set up and harden before being used again. Trail crews will continue to make needed repairs during the closure and do not expect it to interfere with the timeline for the rehabilitation project on the trail.

After July 11, it will reopen on Fridays, Saturdays and Sundays as well as federal holidays for park guests to use while crews continue to keep it closed and work on it during the other weekdays. Those hours will be in effect until November 15.

The rehabilitation project is part of the park's Trails Forever program. Work started on it on May 13.