The proposed measure by Commissioner Justin Biggs says citizens would not be arrested or prosecuted for failing to comply with Board of Health orders. 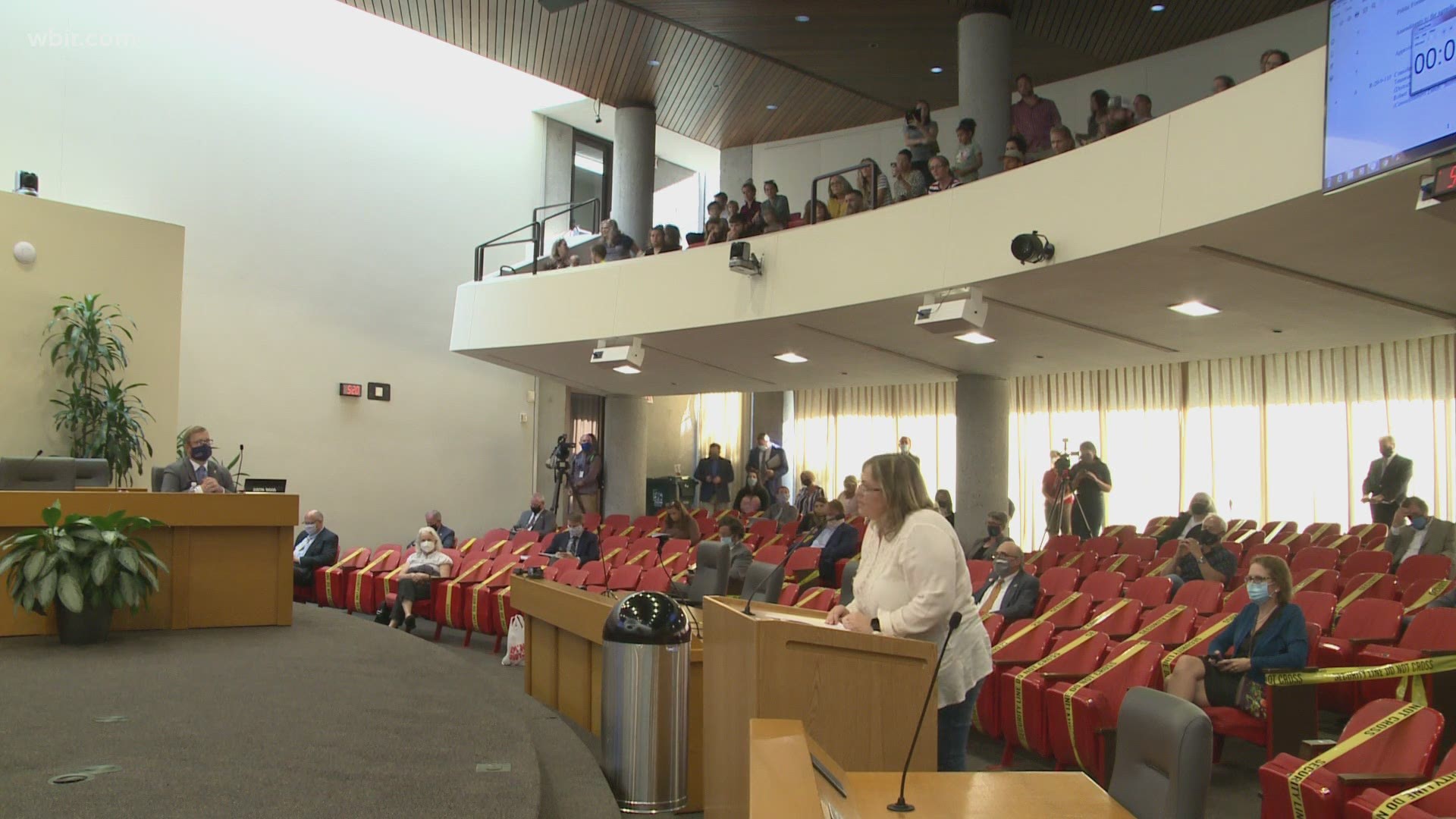 KNOXVILLE, Tenn. — Two Knox County commissioners want to limit the Knox County Board of Health's powers in the pandemic, according to documents WBIR obtained.

Kyle William Ward and Justin Biggs are co-sponsors of the proposal, according to officials. The proposed measure says that Knox County citizens would not be arrested, cited or criminally prosecuted for not complying with an order from the Knox County Board of Health.

In the proposal, the kinds of policies that the board could create would also be limited.

The proposed resolution says that the board's powers would be governed by Gov. Bill Lee's executive orders related to the COVID-19 pandemic. Any more stringent regulation than ones from Lee and the Tennessee Department of Health would be limited, according to the proposal.

No formal definition of "stringent" was immediately available.

If the proposed measure is adopted, the Knox County Commission would also adopt the "Tennessee Pledge," Governor Lee's plan to reduce the spread of COVID-19 while reopening businesses.

“I greatly appreciate the efforts of the Knox County Board of Health," Biggs said Friday. "However, I think critical decisions that impact all citizens should be made by those who are elected by the public. I have great confidence that Governor Lee and Mayor Jacobs will collaborate to make decisions that will have the best interest in all citizens.”

On Friday, a more aggressive alcohol curfew also began in Knox County, after the Board of Health required all bars and restaurants to close their doors at 11 p.m. The curfew is meant to prevent large gatherings of people and help slow the spread of COVID-19.

Originally, businesses that made more than 50% of their revenue had to close at 10 p.m. The board passed the new alcohol curfew after several businesses were seen violating the original orders, staying open past 10 p.m. and claiming more than half their sales were from food.

Concerns were specifically raised about businesses around the University of Tennessee. The board said that students were seen crowding into bars on Cumberland Avenue and that cases among people 11 - 30 years old are rising.

On Friday, WBIR reached out to Larsen Jay, the Knox County Commission's chairman, for comment. He said he wanted to wait until Monday to address it.