22 years after her first cochlear implant, a UT student is on her way to becoming an audiologist

"I want to walk them through life with cochlear implants and show them they can do anything they want to, and that nothing limits them," Lauren Armstrong said. 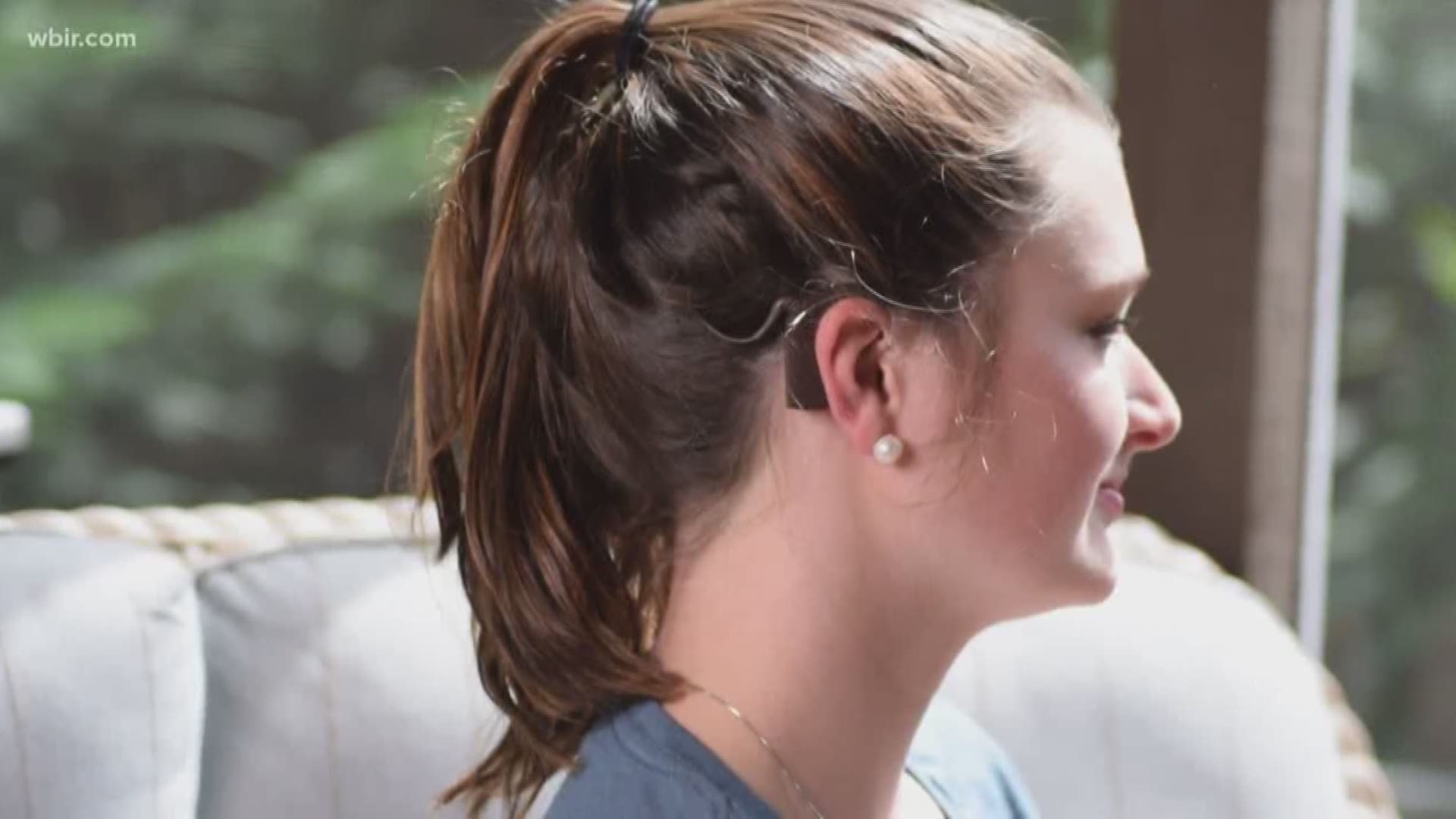 KNOXVILLE, Tenn. — Two decades ago, we aired the story about a mother who was pushing to make it a requirement in Tennessee to screen all infants for hearing issues after birth.

That mother was Amanda Armstrong, and her daughter Lauren was screened early -- showing she was profoundly deaf.

"It's pretty amazing to see the difference in Lauren at the age of two and the age 22,"  Amanda said.

We caught up with the family, and while Lauren is all grown up and about to graduate college -- she still lives with impaired hearing.

Equipped with two cochlear implants, this is normal for Lauren. But growing up, normalcy didn't come often.

"I think the biggest challenge I've had is that a lot of friend groups isolated me because they thought I was ignoring them, when I really just couldn't hear them," Lauren said.

Lauren's hearing impairment is part of who she is. That's why she decided to make it the center of her life.

"She had an epiphany that she could be an audiologist and bring a totally different perspective to the field," her mom said.

Lauren will graduate from UT in May with an undergraduate degree. She then has four more years of schooling focusing on audiology.

"I sat down and thought about it and though I could make a huge change if I study audiology," Lauren said.

Lauren said her therapists made such an imprint on her development and she now wants to work with kids with the same impairment as her.

"I want to walk them through life with cochlear implants and show them they can do anything they want to, and that nothing limits them," Lauren Armstrong said.

While it wasn't clear at first, Lauren eventually listened to herself and decided to turn her impairment into an advantage.