“The doctor put me on it and I was able to stop all the opioids, anti-depressants and anxiety meds I was on. It basically saved my life, and if that’s not enough, I don’t know what is." 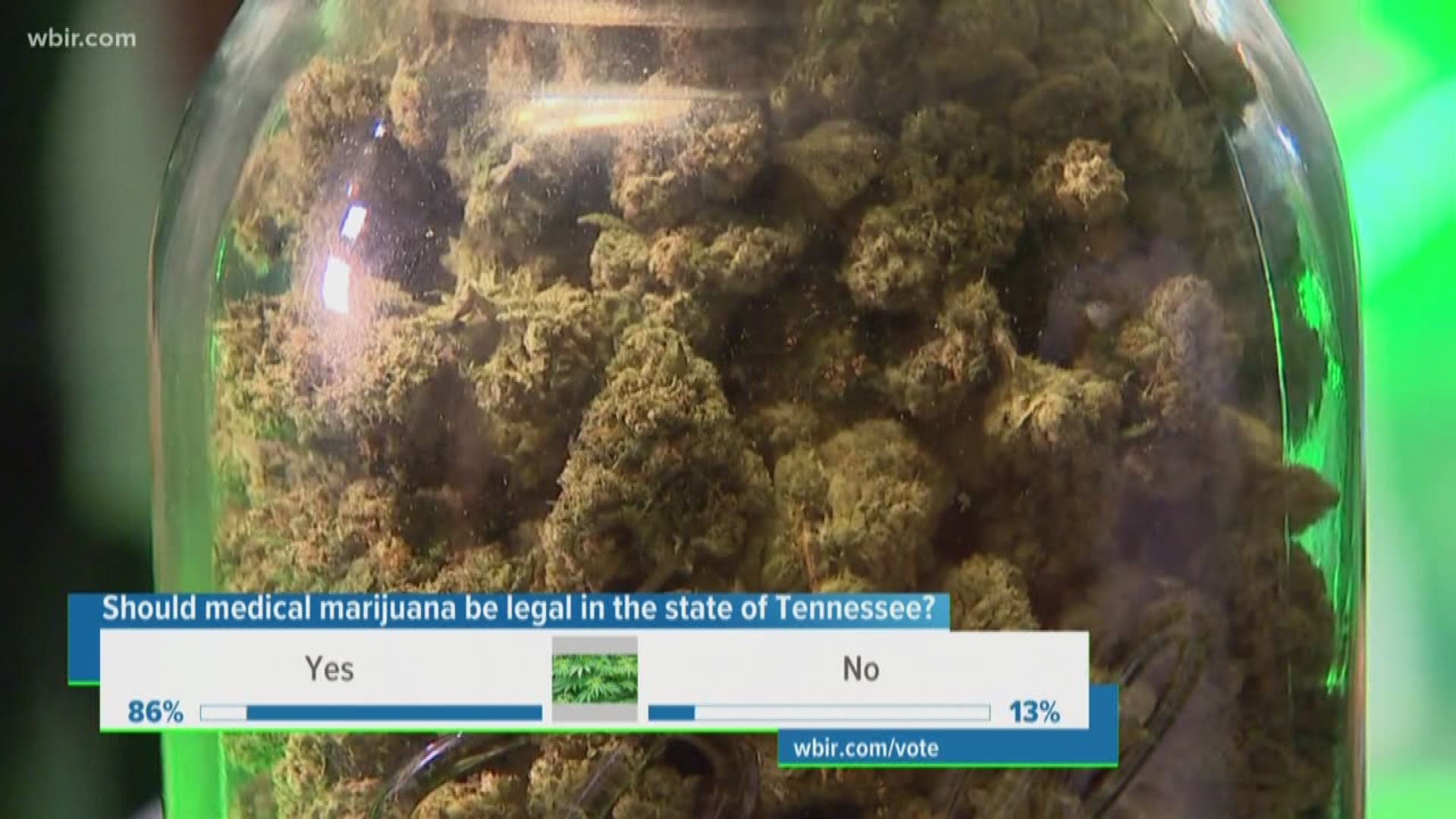 KNOXVILLE, Tenn. — Medical marijuana is now legal in more than 30 states in the United States, leaving Tennessee in a shrinking minority when it comes to legalizing cannabis for medicinal purposes.

Despite its federal 'Schedule I' drug status that makes marijuana illegal on a perceived lack a medical use and 'high potential for abuse,' 34 states from Alaska to Florida have legalized the drug for medical purposes -- finding that marijuana helps with dozens of serious medical issues.

“It’s used for any number of issues. In children it tends to be more along the line of seizure disorders and epilepsy. In older adults It tends to be the glaucoma, end of life, palliative care issues,” David Below, the owner of Belew Pharmacy, said.

►Marijuana 101: Where is it legal, what's the difference, and where do TN lawmakers stand?

“I was a nurse for 21 years and injured myself when I first became a nurse,” Lori Lavender said.

Lori suffered from a debilitating injury and says she had anxiety since a little girl.

“I tried everything from therapy to injections and they didn’t work. I ended up on opioids and became dependent on that,” Lavender said.

With nowhere else to turn, Lori decided to try medical marijuana.

“I thought I would give it a try because I had nothing to lose,” she said.

She wasn’t sure what to expect at first and wasn’t just uneasy about smoking it.

“I was nervous about the stigma,” Lavender said.

After a few years of taking medical marijuana, her daily dose of dozens of pills dropped to zero.

“The doctor put me on it and I was able to stop all the opioids, anti-depressants and anxiety meds I was on. It basically saved my life and if that’s not enough, I don’t know what is,” Lavender said.

David Belew runs a pharmacy and said research shows it can help in certain cases.

“There’s no doubt that there are conditions where marijuana or cannabidiols [CBD] with specific compounds have been shown to be beneficial in certain conditions,” Belew said.

If the latest amendment would’ve passed in Tennessee, these are the conditions that would’ve gotten you a marijuana registration card:

Some Tennessee lawmakers said there’s not enough research on marijuana to legalize it yet. Governor Lee has been quoted saying "I think we ought to expand the use of low THC/CBD oils first to alternative treatments before we go there."

Pharmacists and still confident that our state will eventually follow the lead of many others in the U.S.

“It could be five, it could be ten years from now. I have no Idea,” Belew said.

Many people are counting down the days until legalization of medical marijuana.

“Oh my gosh, I want it legalized because everyone is going to benefit from it,” Lavender said.