"I didn't want to waste this opportunity to help others or to have a positive impact on somebody's life." 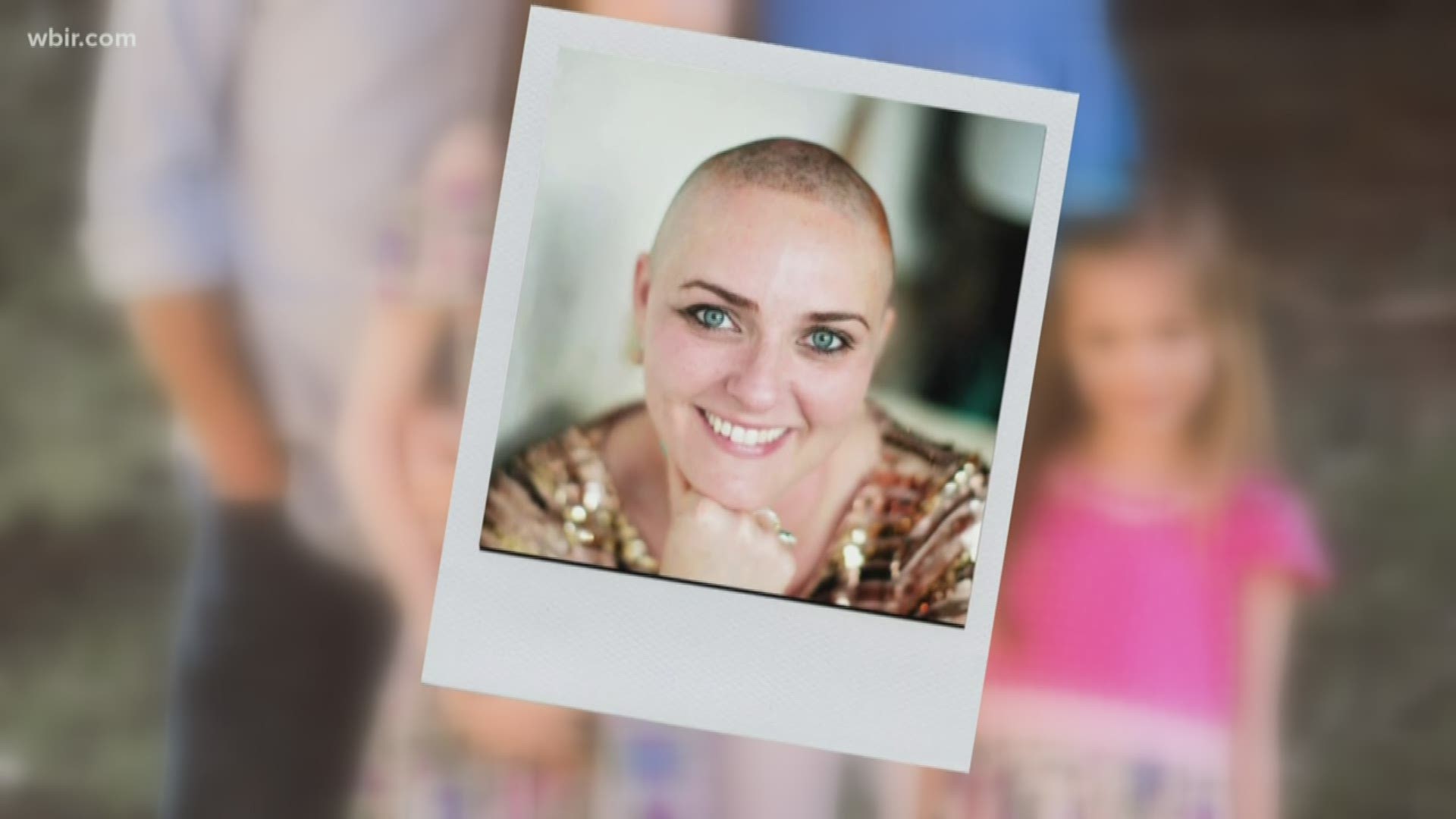 KNOXVILLE, Tenn. — Beth Farrow is a wife, a mother to two young girls, and as of 2019, a breast cancer survivor.

She was diagnosed with breast cancer after a regularly scheduled OBGYN visit in April. Farrow didn't expect to get the news she did at the age of 37.

"It was just something that was never on my radar," Farrow said. "I never thought that I would be in this position."

The cancer was stage two when she was diagnosed. Farrow had a bilateral mastectomy and started chemo near the end of June.

She didn't let her diagnosis define her, though. She chose to focus on the brighter side.

"Your attitude is really everything and it really does affect the way you recover and the way that people treat you and look at you, and I want people to be encouraged and not scared and I hope that people's faith increases," Farrow encouraged.

When Farrow started losing her hair, her support system "Team B" thought it would be best to throw a head-shaving party to make a hard time more meaningful.

Farrow put on a sparkly dress, popped champagne and stared at the clippers. Surrounded by her friends and family, she forgot all about what she was losing.

"Honestly surrounded by that love in that room was one of the most profound things that has ever happened to me and it just reminded me of the power of love and how it can heal somebody," Farrow remembered.

Her daughters had fun styling and playing with their mom's new short hair before shaving it all off. She chose to see her bald head as beautiful.

"I wanted people to look at me and know you can be strong through this and be confident and you can be a powerful woman," Farrow encouraged.

Her courage and four rounds of chemo were rewarded in August with a ring of the victory bell at the University of Tennessee Medical Center.

"I stepped up to ring the bell and a stream of my very good friends came in and they stood there with me and they celebrated with me," Farrow said.

Now, she's finding joy in her family and faith.

Farrow is the Assistant Director of Development for the foundation at Helen Ross McNabb, serving those who need it most. She said her breast cancer journey gave her a new outlook on life and at work.

"The power of love and the power of support has made me more passionate about what I do because there are other people in this world who don't have that," Farrow said.