Chrissy knows her two jobs couldn’t be more different, but her main goal in life is to help others and live each day like its her last. 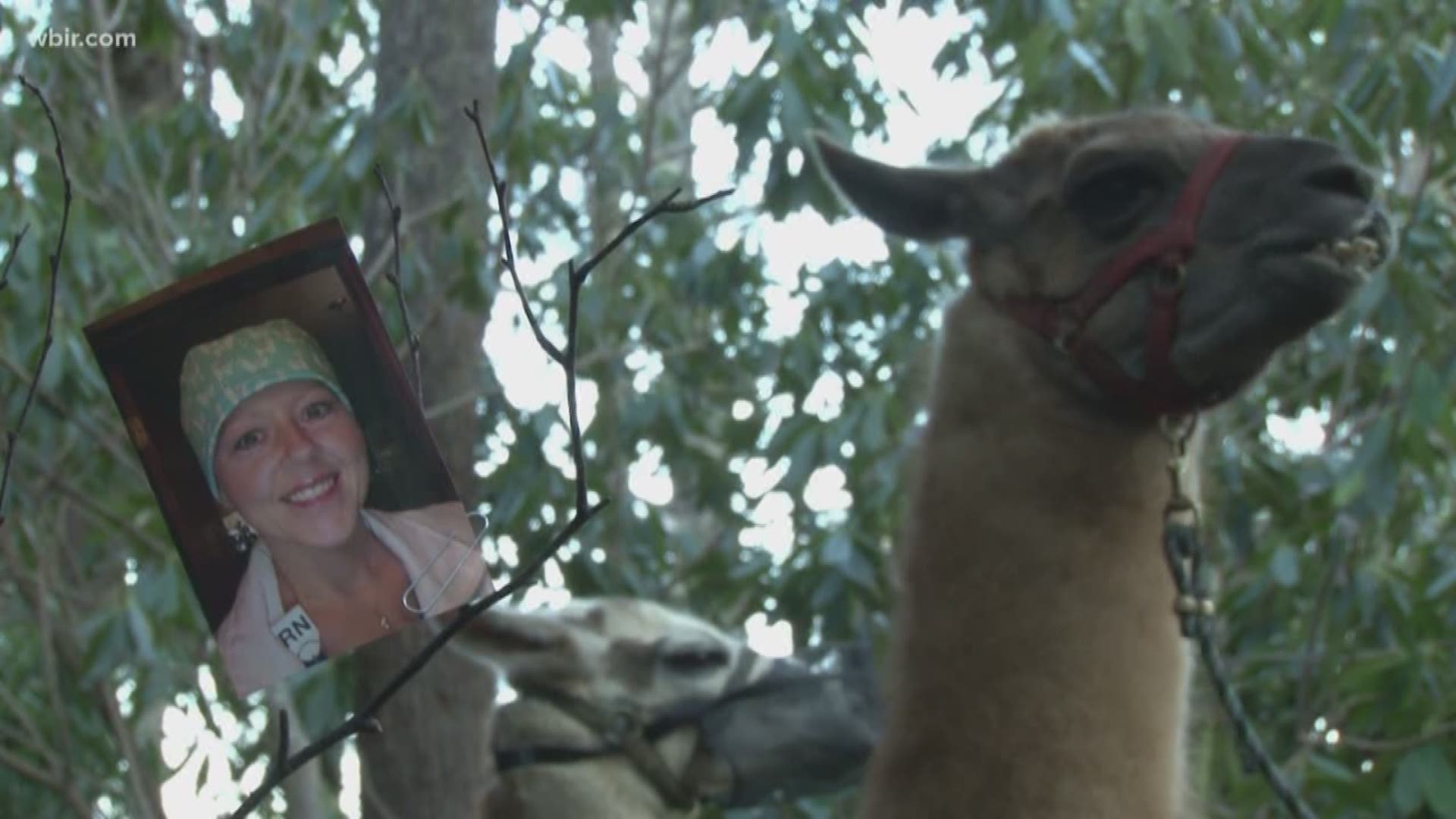 Getting a breast cancer diagnosis is a lot like hiking a trail to Chrissy Householder. There are twists, obstacles, high points, and low.

Householder was diagnosed with breast cancer at the end of April 2018, right after she graduated from nursing school and landed her dream job at the University of Tennessee Medical Center in the Cardio Vascular Intensive Care Unit.

Before her diagnosis, Householder didn't want to believe the lump she found in her breast in November of 2017 could be breast cancer. She had a lot on her plate with school, she thought she just wasn't taking good care of herself, and she felt she was too young to have anything like cancer happen to her.

“I just kept thinking about it, but ultimately, you know, I’m 39, I’m too young for anything to be weird,” Householder noted. “So I went to have it checked out and on the first mammogram scan they did tell me that I did, in fact, have cancer.”

As soon as the words came from the doctor's mouth, she knew her life would forever be changed.

“When you hear the 'C word,' it’s very frightening," Householder admitted through tears. "But you can get through it. You have to learn every day. It’s a lot of doctor’s appointments and a lot of diagnostic screening to see how invasive your cancer is, but life forever changed in an instant. [I thought] I’m not going to be able to do the things I always did. But I found out that that’s not true."

Householder's initial breast cancer journey started pretty quickly. She went through a double mastectomy in early May after finding out she had cancer just a few weeks prior. Four weeks later, she started chemotherapy.

She did quite a bit —16 treatments. She then got a month off and went straight into radiation. She went through cancer treatment for about nine months and the magical ending day was January 28, 2019.

Ever since she completed treatment, Householder has been able to return to life as normal. She still works as a nurse at UTMC in the CVICU, and she's also a llama wrangler for Mt. LeConte in the Smokies.

This may seem like an unlikely occupational pairing, but to her — she's able to live fully doing what she loves every day and helping people.

Chrissy knows her two jobs couldn’t be more different. When she is scheduled to be a nurse, she gets up in the morning, goes into work all showered up and wearing a white coat, she never knows what she’s going to get each day, but loves helping people.

When she wakes up for llamas, she throws on her hiking gear and heads out the door to deal with smelly, but beautiful llamas in the elements.

What is a llama wrangler, you may ask? The llama wranglers for LeConte lead trained llamas up to Mt. LeConte and back down a few times a week. They do healthcare, training, and hiking to supply the lodge with food and necessities. It's a tough job-- each wrangling shift is about 15-16 hours, but Householder wouldn't have it any other way.

Chrissy and her husband actually live on the farm with the llamas, and she says they are her pride and joy. So you can imagine how hard it was for her when she was going through treatment and couldn't be in contact with the llamas at all due to her weakened immune system.

“It was gut-wrenching to watch everyone help take care of the llamas," Householder admitted. "It was awful. The worst thing."

But on Wednesday, April 3, Householder got what she so longed for after 9 agonizing months-- interaction and hiking with the llamas she loves so dearly.

”This is a day I have been waiting for for quite some time," Householder said with a grin. ”So to be able to be back with the llamas now? Woo! It’s the best thing ever. It’s the most incredible day.”

Chrissy says the llama job is not something she ever thought she would do. She first hiked up to Mt. LeConte in 2009. She says she wasn’t in physical shape, but it was her personal marathon. When she got to the top she had her “aha moment,” and realized she wasn't really living.

She came down from the mountain and started getting active and eating better. She told her dad she had decided she was going to work for Mt. LeConte. At first, he thought she was crazy, but she proved him wrong.

Householder moved to Tennessee from Ohio and worked at Mt. LeConte as crew for one year, came back a second year, and because she had a zoo keeping background, was asked to become a llama wrangler. She agreed gleefully and hasn't looked bad since.

Chrissy said she admires the llamas for how selfless they are and thinks we could all learn a thing or two from them.

Chrissy noted how thankful she is to be a part of two incredible teams-- the hospital and LeConte. Both workplaces held her job for her while she went through treatment.

"Being able to work for two companies that are rock solid teams is unbelievable," Householder reveled. "I don’t want to be a star. I want to be a part of an incredible team. To me, nothing’s more powerful than that.”

She was able to work through parts of her treatment at UTMC, and the people on her team would help her out immensely.

“I would go for radiation on my lunch break and the other nurses would cover my patients,” Householder noted. “Working through the treatment for me probably was the best thing and the hardest thing. It gave me 12 hours to not think about anything I was going through. Any treatments, any pain or tiredness, I was just there solely to focus taking care of other people.”

Chrissy wanted to give advice to anyone who finds out they have cancer.

“If you just found out you have cancer, today is a hard day," she tearfully explained. "It’s a really hard day. But you’re gonna get through it because you can beat it and you have to stay strong and keep your spirits positive and just take one day at a time because that’s all we have. That’s all we have.” 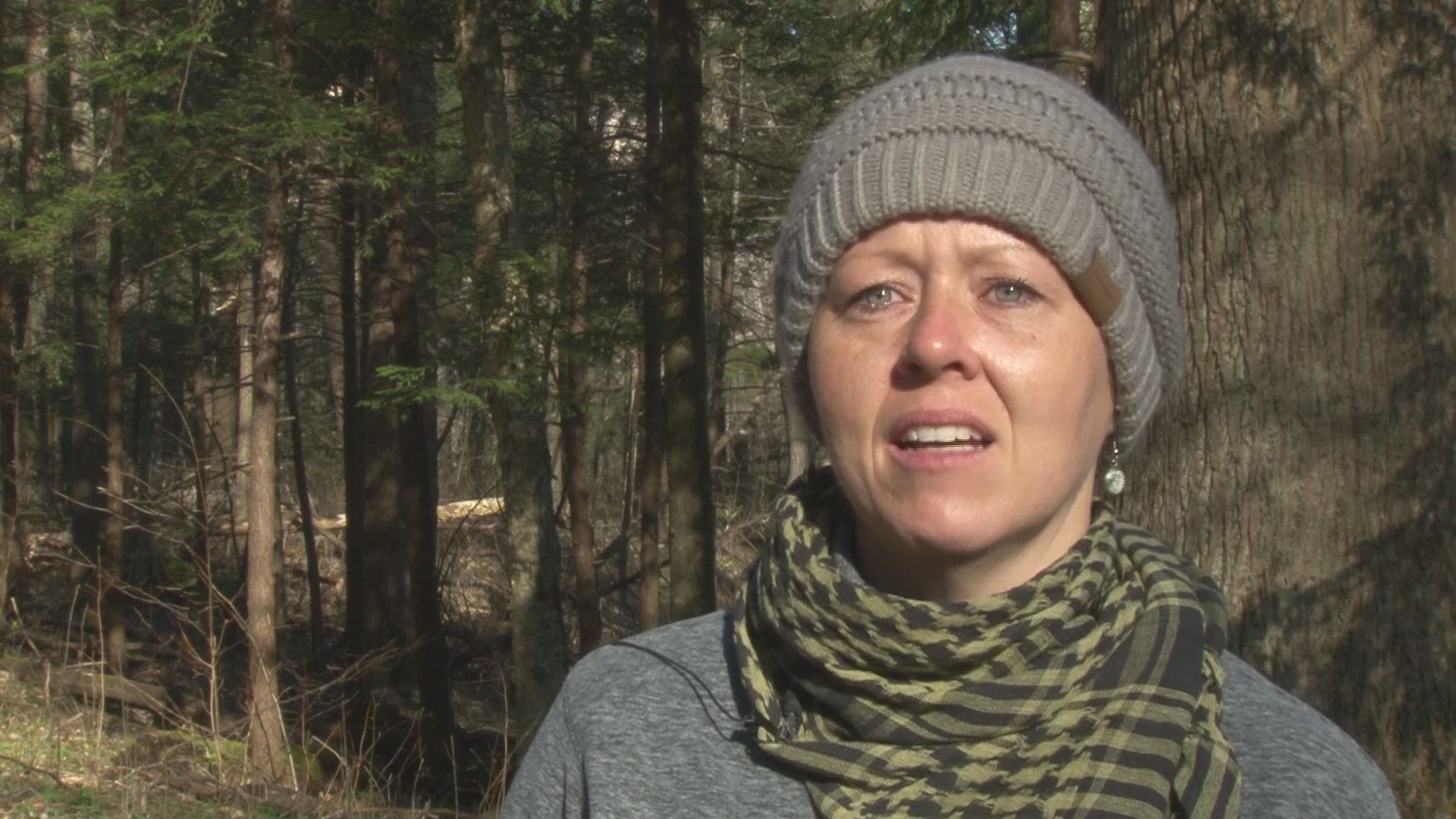 "Together as a team is how you get through cancer," Householder urged. "That’s how you beat cancer. And that’s how you keep your spirits up while doing it.”

To those who are speculative if they have cancer or not, Chrissy says this:

“We tend to just stay on track with life," Householder explained. "Instead of just taking care of our own health. And it’s important that if you feel like something’s off, if something’s changed, if you feel a lump, don’t wait. Don’t. Wait. Because getting it looked at now gives you more time with your family or your pets or your llamas."

When asked if she would change anything about her life, Chrissy responded:

“No," She said adamantly. "And I think going through cancer, I wouldn’t take that away even because I think in a lot of ways it made my life richer, fuller. I know more of myself. I know my strength. I know every bit of my strength. Because it tests you to the core.”

Find more Buddy Check 10 content here and don't forget to remind your buddy to do a breast self-exam and do one yourself every tenth of the month.