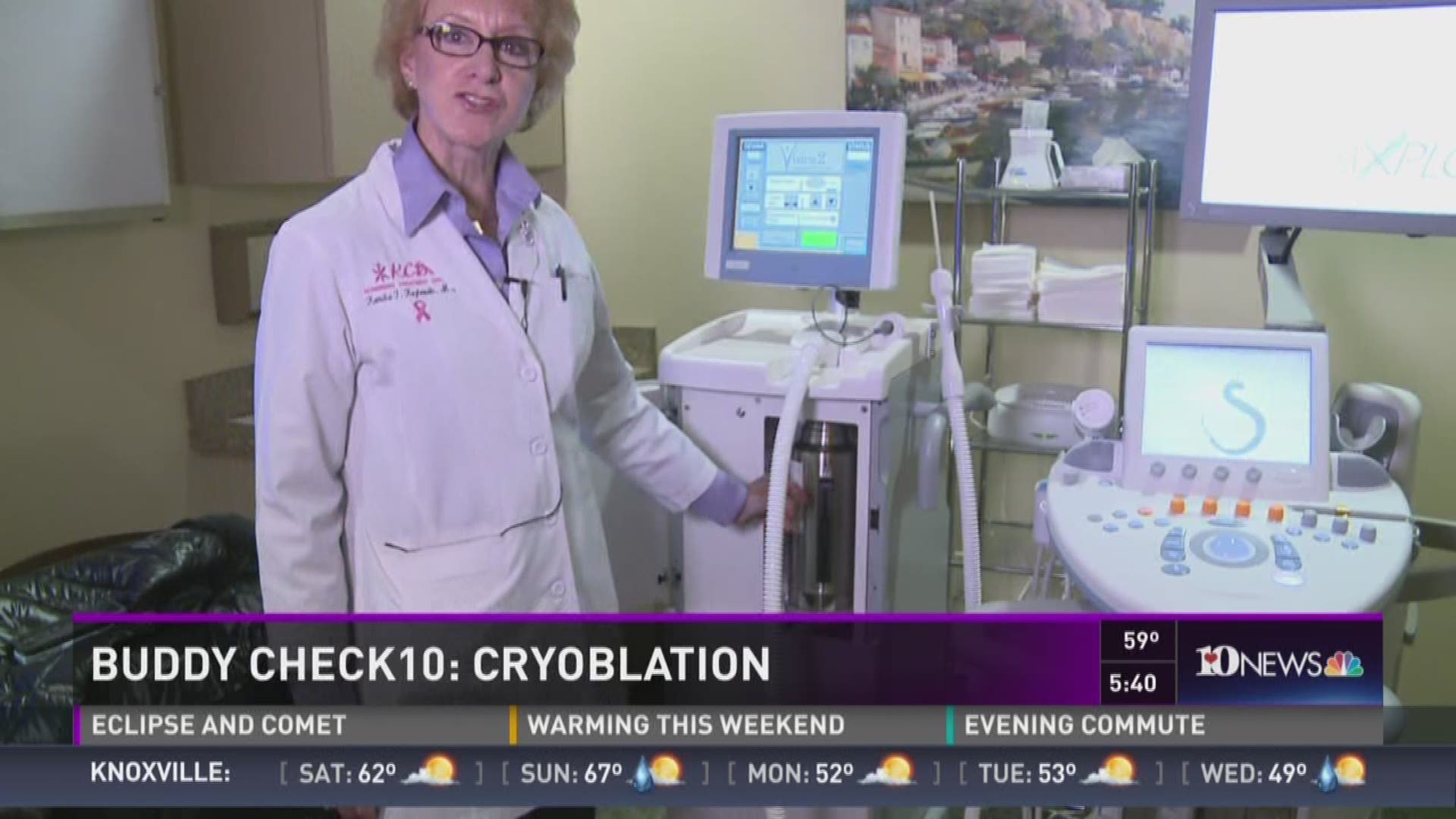 A clinical trial being offered at Knoxville Comprehensive Breast Center could change how certain breast cancers are treated.

Cryoblation uses liquid nitrogen to freeze the tumor and kill the cancer cells, and Dr. Kamilia Kozlowski has been performing the procedure at KCBC since the fall of 2016.

"The procedure takes 26 minutes, it's done in the office with a local anesthetic," Kozlowski said.

She said the biggest benefit for the patient comes in the fact that it's less invasive. There is no trip to the hospital, no surgery and no anesthesia.

Doctors use an ultrasound machine to find the tumor and place the probe, then they freeze the tumor for six minutes.

"It forms an ice ball all around that tumor and surrounding tissue," said Kozlowski. The tumor doesn't disappear immediately, but the cancer cells die and the tumor decreases over time.

The procedure has been used at KCBC to freeze benign tumors in the past, but now they are testing it on early breast cancer patients with tumors less than two centimeters in size. The tumor also can't be too close to the skin or the chest wall.

Kozlowski said in early-stage testing, the cryoblation had a 92 percent success rate.

"And the women that we have done so far, they wish that everyone could have that done," she said.