As part of the 20th anniversary of the Buddy Check 10 program, we revisit Nita Crumpton, a woman who is now living cancer-free after a 17-year fight. 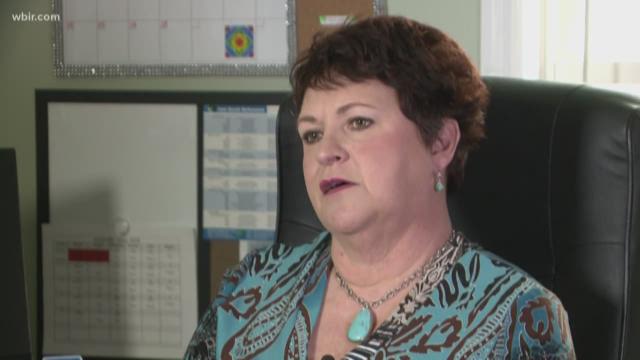 At 56-years-old, Nita Crumpton is settling into her next chapter as a realtor. She’s not afraid of a challenge. She faced one of life’s biggest 17 years ago.

We first met Nita in 2001 shortly after she was diagnosed with breast cancer.

For an entire year she allowed our cameras to follow her journey through the mastectomy, reconstruction, chemotherapy and hair loss. It was an intimate glimpse into the reality of facing a life-threatening disease.

“It did help people because they would come up to me in restaurants and say, ‘Are you the lady on Buddy Check? We’ve been following your story and you’re the reason I got my mammogram,'" Nita said recently. “To hear those little things made what we did worth it.”

But her fight was far from over once our cameras stopped recording. Over the course of 17 years Nita has undergone 15 surgeries, and to this day still deals with bone and joint pain caused by the treatments pumped into her body to kill the cancer.

After all these years, she still wonders if the breast cancer return.

“If something like your back hurts you think could it be back in my bones, but I think the longer I go the less I worry about it," she said.

Nita said her faith and family were indispensable during her fight and they remain an encouraging force.

Now a grandmother of three, Nita’s messages remain the same today as in 2001.

“Definitely do your breast self-exam. Had I done it I would have found it sooner," she said. "There is hope and don’t give up.”