Jerry Troyer never thought he would hear the words "You have breast cancer," from his doctor. Now, he's helping other men overcome the female-dominant disease. 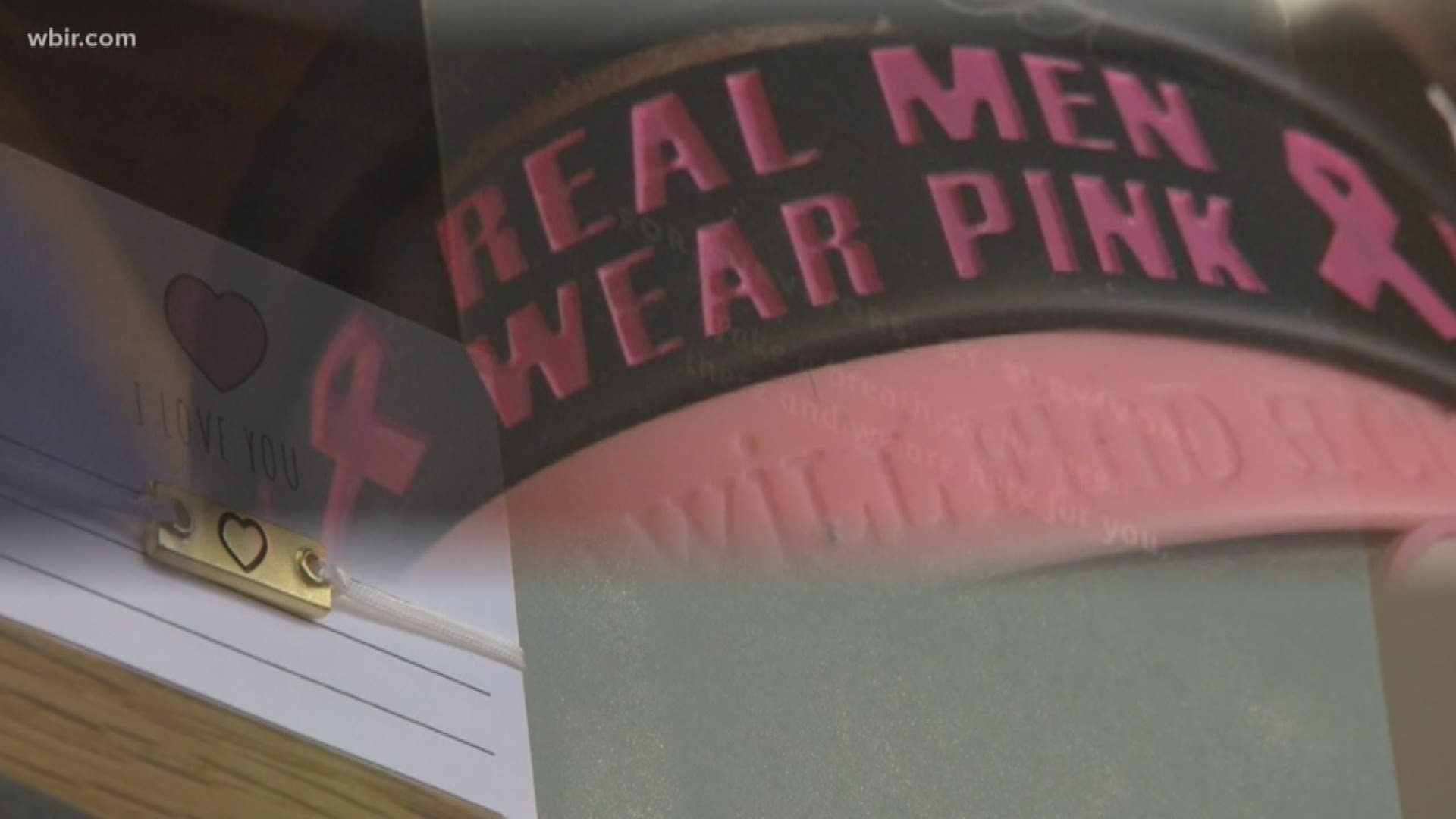 GREENBACK, Tenn. — Breast cancer is often thought of as a women's disease. But, while it is rare, men can develop breast cancer too.

Jerry Troyer lives in Greenback, Tennessee, and he's living proof that breast cancer knows no gender. At 70 years old, he is an advocate for other men who develop the disease.

"Until the doctors actually said, 'Jerry, you have breast cancer,' and, you know now, I'm not ashamed to tell anybody," Troyer said.

In 2012, Troyer was diagnosed with breast cancer after going to the doctor multiple times to have a lump checked out. He thought for the longest time the lump must be something else.

"Until my wife told me, 'Hey, men can get breast cancer, too,' I never really thought about it, I just thought it was something else," Troyer admitted.

He lived with the lump in his breast for three years before being diagnosed.

"Don't be like me, and think 'Oh, it's not anything,' because I was lucky," Troyer explained. "There's some that are not lucky."

He went through chemo and lost his hair, but he gained a badge of honor.

"I mean all I've got to show for it is a 6 to 7 inch scar on my chest, but I'm a survivor, and I'm in an elite group of about 15.5 million people that are cancer survivors of some kind," Troyer smiled.

However, men are more commonly diagnosed at a later stage of breast cancer because men are less likely than women to report signs and symptoms. That could cause a delay in receiving a diagnosis.

"And now you know, I'm proud to be a male breast cancer survivor because I'm somebody who can tell other men [not to] be ashamed," Troyer said.

Troyer has joined breast cancer support groups like Breast Connect. While he may be the minority, he doesn't mind.

"We all tell the same story, because inside we're all the same, we just develop differently," Troyer explained.

To him, each day is a gift.

"It doesn't have to be sunshine-y or whatever," Troyer said. "You just wake up in the morning, you're alive and you enjoy life. It's a learning experience that you look on life with a totally different outlook."

Troyer is showing the world strong isn't just about muscle, but heart too.

"I think about that a lot. Real men do wear pink, yeah," Troyer noted with pride.

Troyer wants to encourage men to do their breast self-exam every month. It can be as simple as taking time in the shower to check.

He wants men to know their risks and go to the doctor if something feels off.

So, remember, on the tenth of the month, remind yourself and your buddy to check!

OTHER BUDDY CHECK STORIES TO READ AND WATCH: