Sarah Pattison is a mother, wife and businesswoman who specializes in meaningful messages. She's finding the silver lining in her new breast cancer diagnosis. 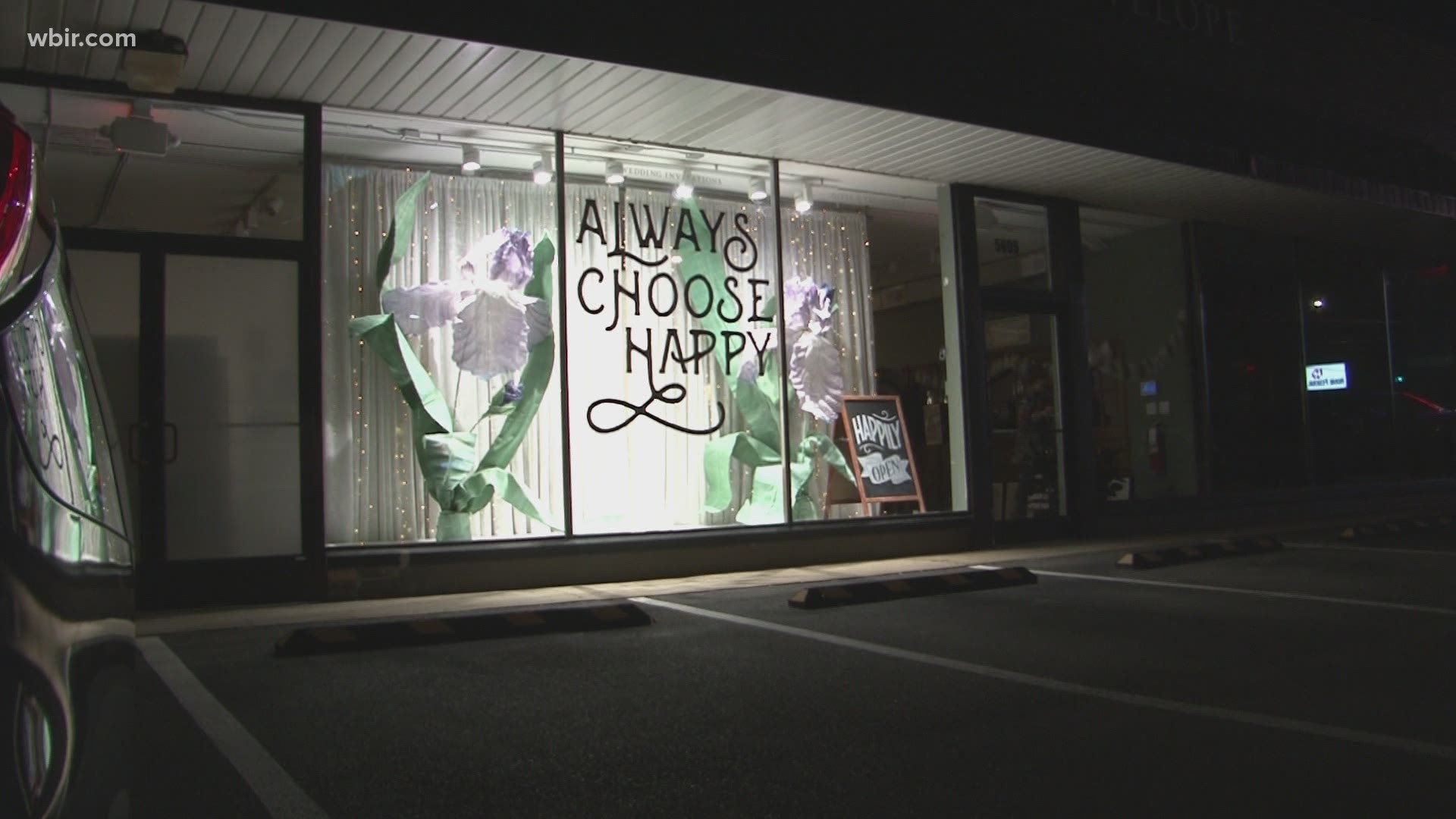 KNOXVILLE, Tenn. — A Knoxville business owner responsible for selling cheerful messages to so many people was just hand-delivered a breast cancer diagnosis after a self-check and mammogram.

The Happy Envelope in West Knoxville specializes in meaningful messages on cards, prints and gifts.

Owner Sarah Pattison started the business with her husband Ty 17 years ago.

"I love quotes, I love scripture, I love anything that's going to, sort of be thoughtful and speak encouragement or wisdom to someone," Pattison said.

She's the graphic designer, her husband is the letterpress printer. For someone who sells happy, the news that came in August was anything but.

"I learned three weeks ago that I have breast cancer," Pattison nodded. "But, there's never a time I have thought 'why me?' because it's like why anyone? There's a lot of cancer out there."

At the age of 41, she found a 'suspicious mass' during a self-check. When Sarah first felt the mass, she didn't think much of it. She said she always thought it would feel like a clear "lump." After encouragement from her husband and friends, she got her first mammogram two weeks after first feeling the spot.

RELATED: Buddy Check 10: What signs and symptoms to look for during breast self exams

After that appointment, the doctor delivered a breast cancer diagnosis straight to Sarah. Since this was her first mammogram, she has no baseline and they don't know how far along the cancer is yet.

In the car, she and her husband chose to say what their fears were out loud.

"I think sometimes when you give things a voice they have less power over you and so it just felt important for me that we would say these things out loud," Pattison said.

"Number one, I’m afraid I’m gonna die. Number two, I’m afraid [Ty is] gonna raise two girls by [himself], one of whom is three right now. The other two are teenage girls. I’m afraid people aren’t gonna know how to talk to me, I’m afraid of losing all my hair. I said out loud I’m afraid of being ugly, which is not fair, because there are many beautiful women with no hair and no boobs and it’s really important that they understand that, but it’s just a hard place to get mentally when you’ve had those things," Pattison said as she dried her tears.

She worries what the plans for the next year will look like with three daughters at home: ages 14, 13 and 3.

"No, I have no idea what to expect, but there are so many women who have done this before me," Pattison admitted. "Anytime I start to get overwhelmed I'll say to Ty, 'I'm one in a million. I'm one in a million that have already done this. It's just my turn right now."

She said the outpouring of love and support from people she doesn't know is precious to her. Now, she's on the receiving end of the "happy" she sells.

"There's not a single part of me that is gonna say I'm looking forward to any of it, but I'm also confident, I'm not just saying this, but truly I'm confident there will be sweet things throughout. I know that that's true," Pattison said.

Now, she's feeling a new meaning to every curve in each word.

"I want to be able to get everything of value out of it that I can get," Pattison admitted. "Nobody would choose it, but here it is, so what are you gonna do with it?"

Sarah will go through chemo, surgery, radiation and reconstruction in the next year. She will be blogging about her journey on the Happy Envelope's website.