Casey Benson was first diagnosed with breast cancer in 2012. She never expected her cancer to come back, but when it did, she knew her coworkers could save her life. 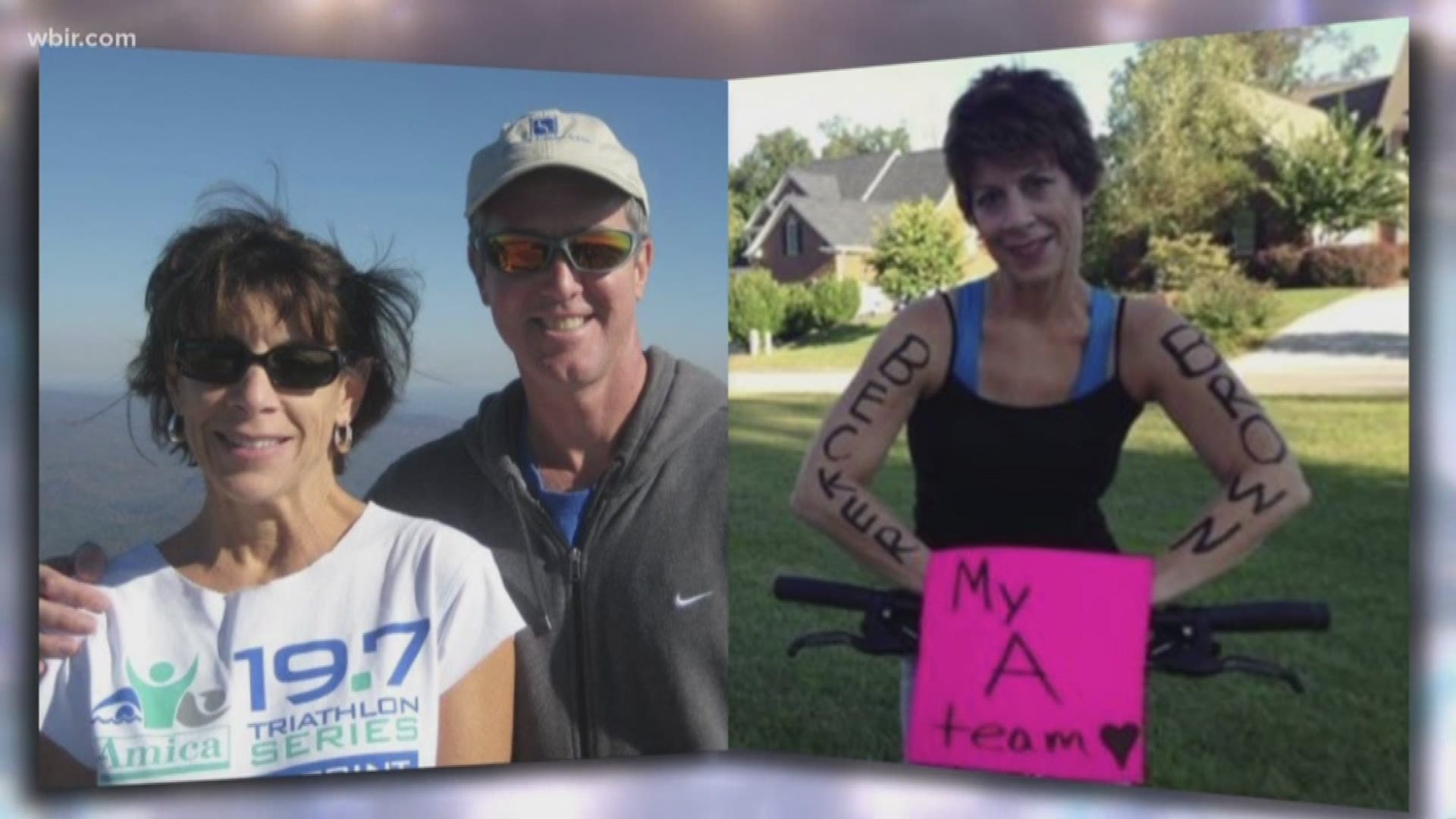 "So every time I hear it, I am just so filled with hope for whoever is downstairs, whoever's ending their cancer journey in such a positive way," Benson shared. "It makes me just really, really happy."

The rings of the bell are symbolic. A patient's cancer therapy is over, and he or she is on the other side. It's a feeling Benson knows all too well.

Back in 2012, Benson was living a normal life. She was doing what she loved, competing in triathlons and teaching water aerobics. She was one month beyond her regular mammogram date, and with a look in the mirror one day, she knew something was off.

“I was in a bathing suit every day and I noticed that my breasts didn’t look exactly symmetrical which is not unusual, but something I didn’t feel was right physically," Benson explained.

So she decided to make a doctor's appointment for a mammogram. Sure enough, she was diagnosed with stage one breast cancer in her left breast.

"I was shocked," Benson explained as she relived the moment. "I was scared, but I knew it would be okay. I did."

She had a bilateral mastectomy and completed treatment, bells ringing in her head. She thought that was the end of her breast cancer.

It was then that she chose to accept a job at Provision Proton Therapy as a Care Coordinator. She decided to apply after a friend of hers had received proton therapy for a prostate cancer diagnosis and had found success.

The role helps Benson help those who are standing where she once stood.

“We are often times the first person someone who is newly diagnosed with cancer talks to," Benson explained. "We basically listen to their story and try to see what it is they need.”

And being on the other side of the phone can be a powerful thing.

"When I applied for this job, I knew that this would be my role, and I was just very eager to take that on," she said. "When I went through this myself six years ago, I remember the woman I talked to when I was diagnosed."

What is proton therapy?

“Proton therapy is radiation therapy that is very targeted and precise, and therefore because of those qualities it spares the way it enters the body and does not exit body," Benson explained. "It spares the surrounding tissues and organs of any damage, so side effects are less and it’s a lot more tolerable."

Benson had been seeing her oncologist regularly after she completed treatment. She was getting close to the five-year mark and was feeling unsettled about how she had no imaging, no mammograms.

She said the guidelines are fairly inconsistent when it comes to imaging after breast cancer.

At the end of 2018, she had a bad feeling in her gut and chose to get checked again. She was diagnosed with breast cancer in her left breast for the second time.

"I was petrified," Benson said. "And, of course, I had talked to women that had recurrent breast cancer, but to face it yourself, you know it's everyone's nightmare for cancer to come back."

That nightmare was real life for Benson. She evaluated her options and felt proton therapy at Provision CARES in Knoxville would be the best fit for her cancer journey.

She started treatment the same week she was diagnosed.

She had been working in her role at Provision for about a year and a half, and she found comfort in knowing her coworkers could save her life.

“I know after working with them every day and seeing them in the halls and how hard they work, I knew that my life was going to be saved by these people, and I was good with that,” Benson explained.

She said she also finds comfort in the cutting-edge proton therapy she received.

"I just feel like I'm never going to see this again and I'm going to give proton a lot of the credit for that," Benson explained. “Although I knew a lot about the basics of proton therapy and how its delivered, and I knew the people and of course I’ve worked in the facility, when you get on the table yourself for the first time, it was a little nerve-wracking."

While she said it made her somewhat nervous, the people she worked with made sure she was comfortable.

"My coworkers were there to calm me down and to make sure I was understanding everything that was going on around me, which was really important to me.”

Benson's treatment ended the first week of June, and she was able to ring the victory bell on June 7. Now, the bells ringing through the building at Provision are hers.

"It will be a new beginning for me, and I look forward to that," Benson said with a smile.

Benson encourages women who have been diagnosed with breast cancer and who have radiation as part of their treatment protocol to give Provision a call and give proton therapy a shot.

She said the most important thing to do is consult your doctor and ask plenty of questions.

If you are feeling uneasy about anything with your body, you need to give your doctor a call and schedule an appointment, Benson advised.

While some insurance companies do not cover proton therapy, Benson hopes to see coverage extended in the future so more people can benefit from the results.

The redness Benson is experiencing on her chest is from the proton therapy. She relates it to a sunburn. The skin does absorb some of the radiation and it shows up as a skin irritation. She said its very tolerable.

Benson also has a blog up on the Buddy Check 10 page talking about her breast cancer journey. She will continue to post in the coming months. Benson hopes her words can help at least one person.