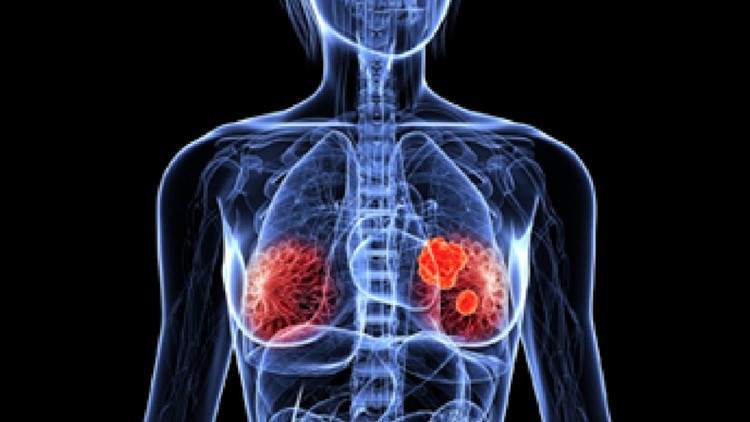 When it comes to radiation therapy, it is important to know your options and which type of radiation treatment is best for you.
Author: Sponsored Content
Published: 3:21 PM EDT May 8, 2019
Updated: 11:15 AM EDT May 10, 2019

As with other cancers, the best possible outcomes for breast cancer treatment come through early breast cancer care.  However, if breast cancer is diagnosed, treatments can include chemotherapy, hormone therapy, targeted therapy, surgery, and radiation.  As there is not one perfect formula to eliminate the disease, many patients will need to undergo a combination of these treatment methods.

When it comes to radiation therapy, it is important to know your options and which type of radiation treatment is best for you.

Proton therapy is an advanced form of radiation therapy that is noninvasive and precisely targets your tumor using a single beam of high-energy protons to kill cancer cells. Proton therapy’s unique characteristics as a positively charged particle can precisely deposit radiation directly in the cancerous tumor with no exit dose.  Both x-rays and protons damage cancer cells, but unlike standard radiation therapy, proton therapy deposits the majority of the radiation dose directly into the tumor.  This spares nearby healthy tissues and organs from receiving unnecessary radiation, thus reducing damaging side effects and complications, compared to conventional radiation.

This is especially important in left-sided breast cancer, as the cancer is close to critical organs such as the heart and the lungs.

According to research published in JAMA Internal Medicine, women who have received breast cancer radiation treatment via x-rays face a 0.5% to 3.5% higher risk for heart attack or other cardiovascular issues. The risk is highest among women who’ve had conventional radiation to the left breast because of the target’s close proximity to the heart.

A European study in The New England Journal of Medicine revealed that the harmful cardiovascular effects typically begin to emerge as soon as five years after cancer radiation treatment.

Proton therapy is extremely precise and therefore more effective at targeting cancerous cells without causing damage to surrounding breast tissue. Proton therapy is not a substitute for a lumpectomy and works with other modalities such as chemo-therapy and surgery. Rather, it is used as an alternative to conventional radiation therapy. After surgery a breast cancer patient may receive 2-6 weeks of proton therapy.

For left-sided breast cancer patients, this could be the key to a healthier life after treatment.

This article was provided by Provision Healthcare as part of its sponsorship agreement with WBIR's Buddy Check 10 program.